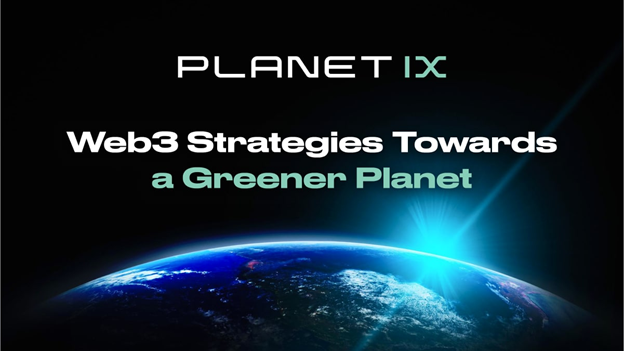 The quest to undo the damage inflicted on our planet by human history and our present way of life will be a colossal undertaking that will span generations. But how did we get here? . Innovations are what make us evolve and what bring wealth and prosperity to our species. But innovation must be done responsibly. This is something that we humans most often – due to our nature – fail to do.

Politics, conflict and greed are just some of the factors that have put us in the situation we find ourselves in today, with a climate of deterioration that is rapidly becoming more and more extreme. For some, the consequences are imperceptible, somewhere far in the future. For some, the responsibility is “someone else’s”. Human corruption and a thirst for power have stood in the way of what began as a noble quest to improve our lives, and now the climate desperately needs help.

Fortunately, consumers are increasingly attentive to the products and services they use. Now, many are beginning to switch to eco-friendly options in a unified attempt to steer the planet off the disastrous course it is on.

Web3 is being explored in all types of industries, considering its potential to revolutionize our daily affairs for the better,….. However, Web3 is not so popular in environmental preservation, although it has the potential to complement other eco-friendly strategies, as discussed below.

Current Web3 initiatives have their own flaws, however. It must be said. Many people view blockchain technology with suspicion due to the bad publicity of crypto precursors, especially proof-of-work (PoW) networks like Bitcoin.

For the uninitiated, PoW mechanisms require miners to solve cryptographic puzzles to complete a transaction. This is the reason why it requires more power consumption than any other consensus mechanism. Meanwhile, Proof-of-Stake (PoS) needs validators to hold and stake tokens for the chance to earn transaction fees.

Since Bitcoin is extremely censorship-resistant, as any node can broadcast a transaction or any miner can mine any transaction, it is considered by many to be the prime example of Web3. Unfortunately, because Bitcoin also uses PoW, its power consumption causes the rest of Web3 to be misunderstood among conservationists.

In October 2022, three researchers from the University of Cambridge, Earthjustice and Scientific Reports have all shown that the collective mining of Bitcoin consumes huge amounts of energy and that this consumption releases harmful emissions comparable to those of the total global extraction of natural gas or of the world’s total beef cattle production.

On the other hand, advocates claim that most of what they use for mining operations comes from burning waste or renewable energy sources. The Bitcoin Mining Council published a January 2022 report that indicates Bitcoin mining collectively used 58.5% renewable energy in the last quarter of 2021.

Even so, Bitcoin mining consumes large amounts of energy, renewable or otherwise. It’s energy that could be used to power electric vehicles or even poor towns that need cheap electricity. That’s why many have turned to energy-efficient networks like Ethereum, Cardano, and Polygon.

These mentioned networks do not have a mining function similar to Bitcoin. Instead, they award new coins through staking. Moreover, Bitcoin only functions as a monetary system; a newer network like Polygon has many uses like decentralized applications (DApps), non-fungible tokens (NFT), decentralized finance (DeFi) and of course, Web3.

These are the reasons why many eco-friendly Web3 organizations and platforms use the aforementioned options. A few examples include the Big Green DAO, a nonprofit backed by Elon Musk’s brother Kimbal, and Planet IX, a Web3 game that redirects profits to fund environmental causes.

Along with the examples mentioned above, there are also others focused on empowering retail players in the carbon credit market, proving that Web3 can help climate activists pave the way for success. .

Another promising concept being discussed among climate advocacy groups is regenerative finance (ReFi), which is essentially an expanded concept of DeFi.

According to a article Published by the World Economic Forum (WEF), ReFi is a broad term that describes a way for climate advocates to mitigate carbon emissions and fund environmentally friendly initiatives.

While the Web3 community has yet to adopt ReFi as an official term, its concepts are already practiced by many. For example, Planet IX encourages its players to give back to the environment by supporting the game’s climate activities.

Climate awareness among younger generations will occur if their favorite channels are targeted, which is why Planet IX is focusing on the NFT-based gaming sector.

Other Web3 climate strategies will become effective if new generations are properly educated. Additionally, defenders should change the tone to encourage enthusiastic cooperation. Their mission is to encourage everyone to get involved in building the world of tomorrow by revitalizing the planet and preserving its resources.

To that end, climate advocates should be more open to what Web3 can offer. The task of the Web3 space is also to reach out to conservationists and show that there is much more to Web3 than crypto mining. Pioneers like Big Green DAO and Planet IX are already showing how it’s done; soon, other Web3 climate initiatives will follow.