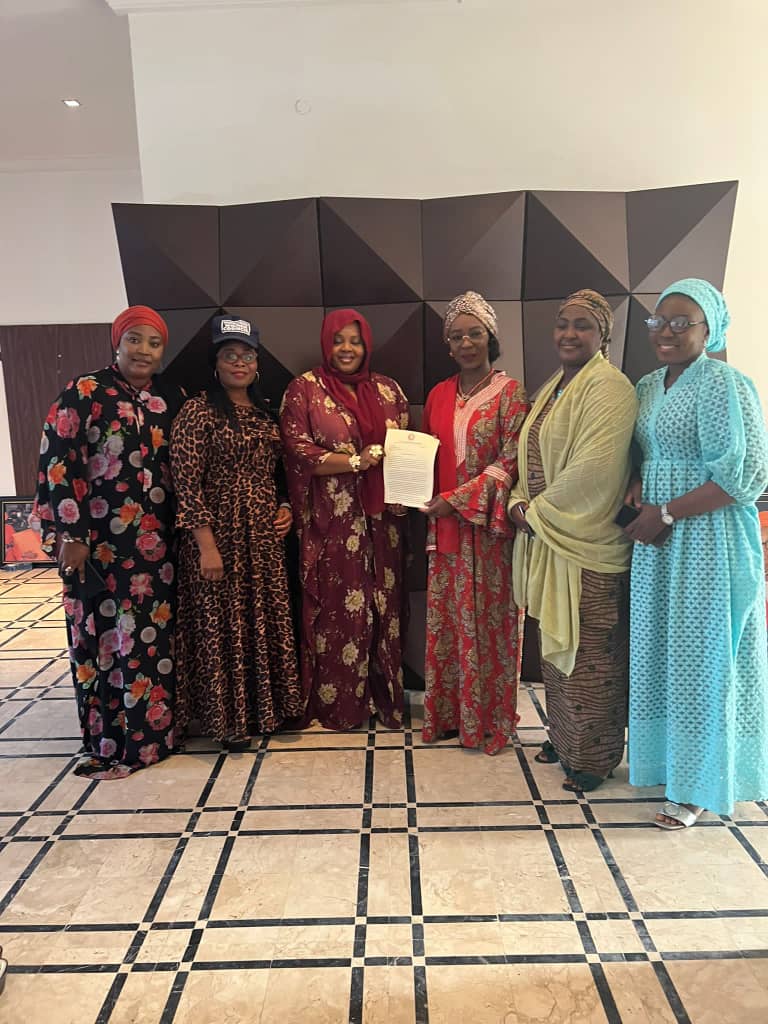 The APC North Central Women’s Professional Group has appointed the First Lady of Kwara State and Founder of the Ajike People’s Support Centre, Ambassador Olufolake Abdulrazaq, as the organization’s matron.

The group said so during the organization’s visit to the First Lady.

The visit also aimed to introduce the group to Ambassador Abdulrazaq, Coordinator of Kwara State and Central North Zone of the Tinubu/Shettima Women’s Presidential Campaign Team.

On receiving the group, the First Lady thanked them for their visit, adding that it was timely as the campaign machinery was already in motion.

The First Lady has said she will use her current appointment to support women’s empowerment to deliver a resounding victory for the APC and its candidates in the upcoming 2023 elections.

Ambassador Abdulrazaq further shared that strategies to be used during the election campaign include sharing success points, door-to-door campaigning as a key awareness strategy, public meetings and effective publicity.

Earlier, the group’s north center coordinator, Dr. Safiya Stephanie Musa congratulated Ambassador Abdulrazaq on the well-deserved appointment and also presented him with a letter of appointment as the group’s matron while stating that they were ready to work with her on this new assignment.