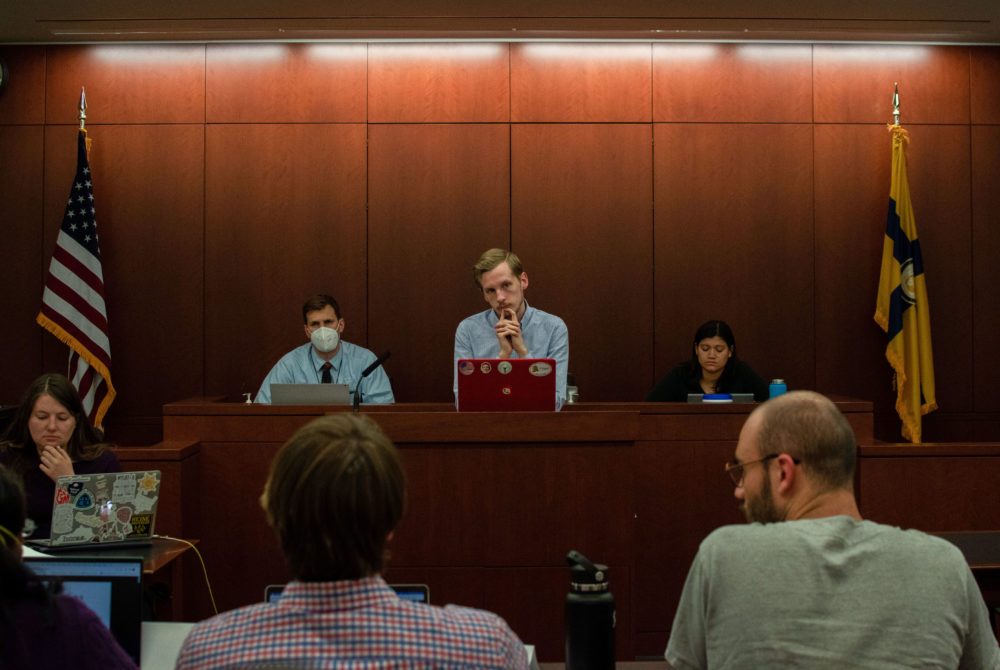 The $900 stipend will cover part of the cost of registration, transportation and student attendance at conferences taking place this weekend and in mid-November.

The Senate of the Student Bar Association on Tuesday authorized the awarding of $900 to the Labor and Employment Law Society to help 10 law students attend two labor law conferences.

The $900 stipend will cover part of the cost of registration, transportation and student attendance at conferences taking place this weekend and in mid-November. In a voice vote, senators easily passed the simple majority threshold needed to pass the bill.

SBA Sen. John Tuley, chairman of the Senate Finance Committee and sponsor of the authorization bill, said there may be some concern that the ad hoc budget, used to approve funding requests after the official budget is confirmed, could run out, but the committee can deal with each request on a case-by-case basis.

“We’ve done something really good for students who will now be able to go to something they might not have had the opportunity to go otherwise and enhance their professional careers,” he said. declared. “I hope they have fun.”

SBA Senator Preston Eagan said the SBA should not fund this request because conference attendance was a personal choice made by students and not one that benefits the entire student body.

“I just don’t think SBA should pay for that kind of personal choice,” he said. “It’s not like a loudspeaker group at school or anything of that nature.”

SBA Sen. Cody Ingraham said as part of his efforts as chair of the Academic Policy Committee, he hopes to work with law school deans to secure funding for law students to attend lectures with funding from the university. He said law students may have different ways to maximize their law school experience, but they all want to serve their future clients.

The senate also unanimously approved the distribution of $200 to cover catering costs for an event hosted by the Government Contracts Student Association and unanimously provided $50 to cover the registration costs of a law student at a health law summit earlier this month.

The next meeting of the SBA Senate will be October 25 at 9:15 p.m. at the Law Learning Center.

This article originally appeared in the October 13, 2022 issue of The Hatchet.

Here’s how to tell if your startup is PR-ready