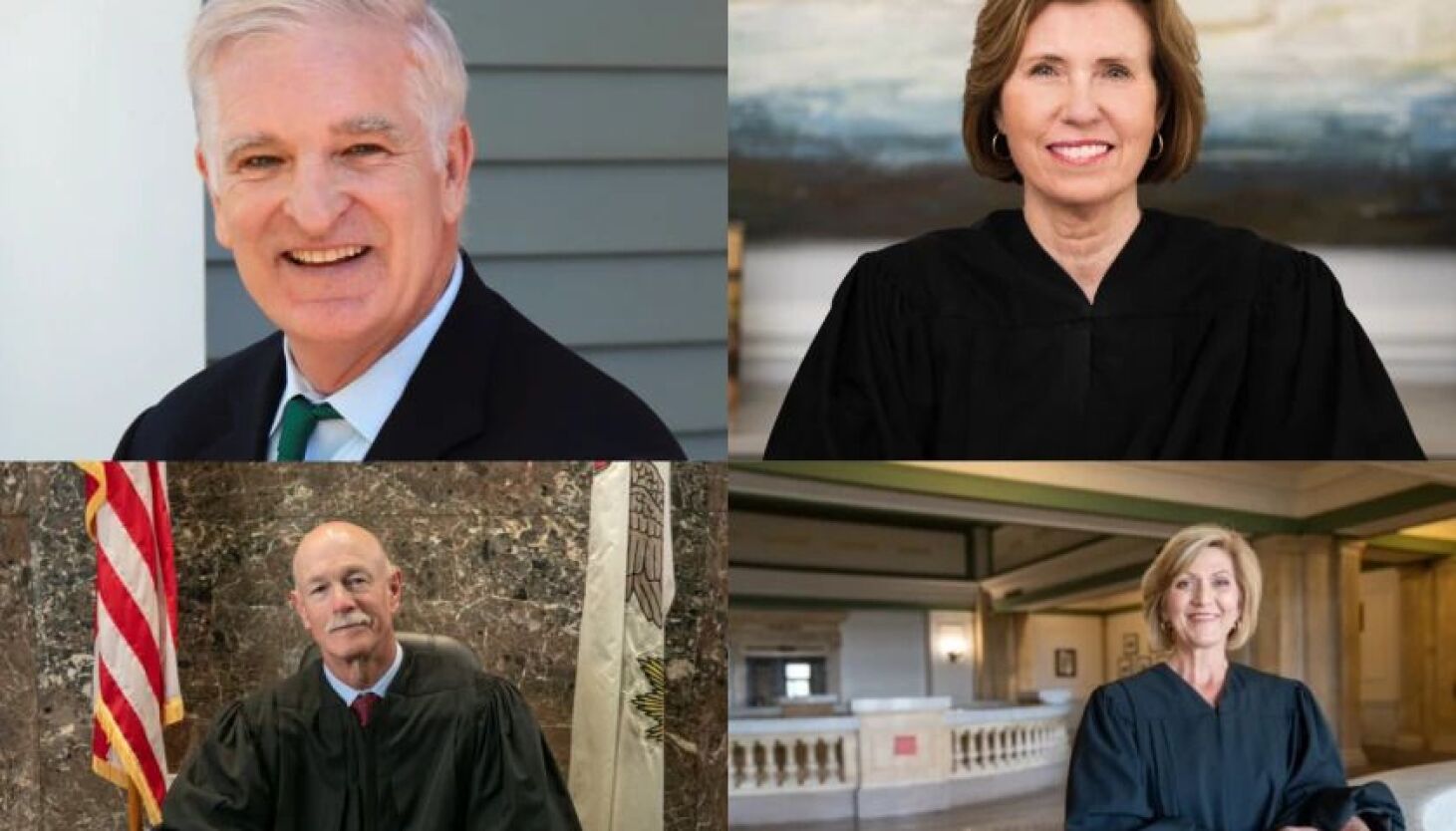 The independent All for Justice spending committee, backed by the union and trial lawyers, has so far reported raising $3.5 million, with, I’m told, at least another $5 million in pledges. . The committee’s sole purpose is to support the two Democratic nominees for the Illinois Supreme Court: Appeals Justice Mary K. O’Brien and Justice Elizabeth Rochford. And his spending finally begins.

A press release claimed “a first [advertising] buy $3 million,” with “plans to spend millions more to let 2nd and 3rd Ward residents know about these extremists on the ballot.”

The ad features a woman pointing out that just one “seat” on the Illinois Supreme Court could jeopardize or preserve abortion rights.

The Illinois GOP demanded that O’Brien pull the ad, which claims, “Mike Burke says he agreed with the decision to cancel Roe. He is supported by extremist groups who want to ban all abortions for women in Illinois.

Burke is supported by anti-abortion groups. The first sentence of this excerpt, however, is hotly contested by the Republican Party, which asserts that Judge Burke, “did not express any opinion on this question or on any question which might come before the Supreme Court of Illinois “.

Justice O’Brien’s campaign, however, highlighted Burke’s attendance at a major right to life banquet in Illinois. Burke said this year that, like the U.S. Supreme Court justices who voted to overturn Roe v. Wade, too, is a constitutional “originalist,” meaning he refers to the original drafting of the Constitution rather than later court decisions when making a decision. . He also noted that abortion is “not an enumerated right” in the constitutions of Illinois or the United States.

It is very difficult to legally oblige a television channel to remove a candidate’s announcement. But, as we’ve seen over the past few weeks with Dan Proft’s PAC ads for Darren Bailey, it’s not as hard to force an independent spending committee to prove the truth of what it says in its ads or see them ripped off.

Time will tell if the new All for Justice ad sticks.

Meanwhile, opposition research begins to come out on Curran. My associate Isabel Miller posted some of it on CapitolFax.com last week, but expect to hear more about things like Curran’s comments on the January 6 insurrection attempt (the cop who shot Ashli ​​Babbitt should resign, he said ) and on gay rights (Curran said at a rally against a same-sex marriage bill that the law would “result in the loss of freedom for those who oppose same-sex marriage”).

And, of course, there is abortion. Curran has attended anti-abortion rallies, donated some of his own campaign funds last year to Illinois Citizens for Life, and praised Donald Trump for appointing Supreme Court justices who overturned Roe v. Wade, among others.

Curran is also the longtime former sheriff of Lake County, which sits entirely in the Supreme Court’s 2nd district, and he may still have some residual name recognition from his 2020 run for the U.S. Senate, which Curran lost to Dick Durbin 55% to 39%.

Financially, the Supreme Court races began roughly even in July, when it came to nominees. But that has changed significantly over the past month.

The independent spending committee Citizens for Judicial Fairness funded by Ken Griffin had more than $5.5 million in the bank at last check. He is not expected to help Curran, but is expected to replace Judge Burke. Project Firewall, which raises money to support Republicans on the Supreme Court and Greg Hart for DuPage County Council Speaker, reported raising $440,000 in recent weeks.

But the Democratic-affiliated independent All for Justice spending committee hopes to have a budget of up to $8 million to $10 million by Election Day. So stay tuned.

The Sun-Times welcomes letters to the editor and editorials. See our guidelines.