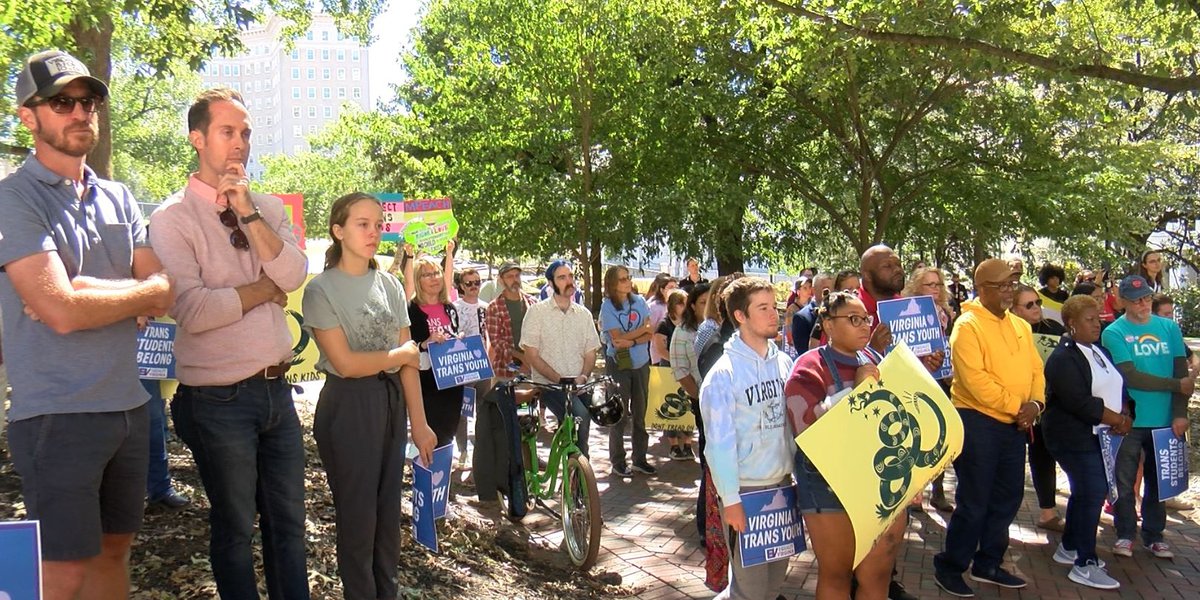 RICHMOND, Va. (WWBT) – Protesters were at the Capitol Bell Tower for the Trans Youth Belong VA Rally. The group marched together at Virginia PrideFest on Brown’s Island to show support for transgender and non-binary students across the state. It comes after Governor Glenn Youngkin released a new policy that could threaten the rights of these students in the public school system.

The protest took place just days before the start of the public comment period on Youngkin’s new model policy. The policy would require transgender and non-binary students to get parental permission before adopting a new name or pronouns and would require them to use the bathroom that matches the gender they were assigned at birth. Protesters said they wanted to educate people about why these policies hurt students.

“The F-link was something I started hearing in school and someone I considered a friend told me I was too feminine to be non-binary. This time in my life was the one where the depression and self-hatred really started to kick in,” said Kayden Peddicord, a non-binary college student.

“Thousands of children all over Virginia are being silenced. She could be outed, they could be forced into the wrong bathroom, he could be bullied, ‘Z’ could be called with the wrong name and the wrong pronouns,” Peddicord explained.

That’s what prompted protesters to descend on Richmond on Saturday to rally against Youngkin’s new policy. The new policy doesn’t just bother parents and students. Senator Jennifer Boysko, who helped craft the current model policy in place under the Virginia Department of Education, also disagrees.

“Allowing children to go to the bathroom in which they feel most comfortable is part of it,” Boysko said.

A public comment period on this new policy begins Monday and lasts 30 days. After that, the Board of Education will have the final say on whether or not to adopt the policy.