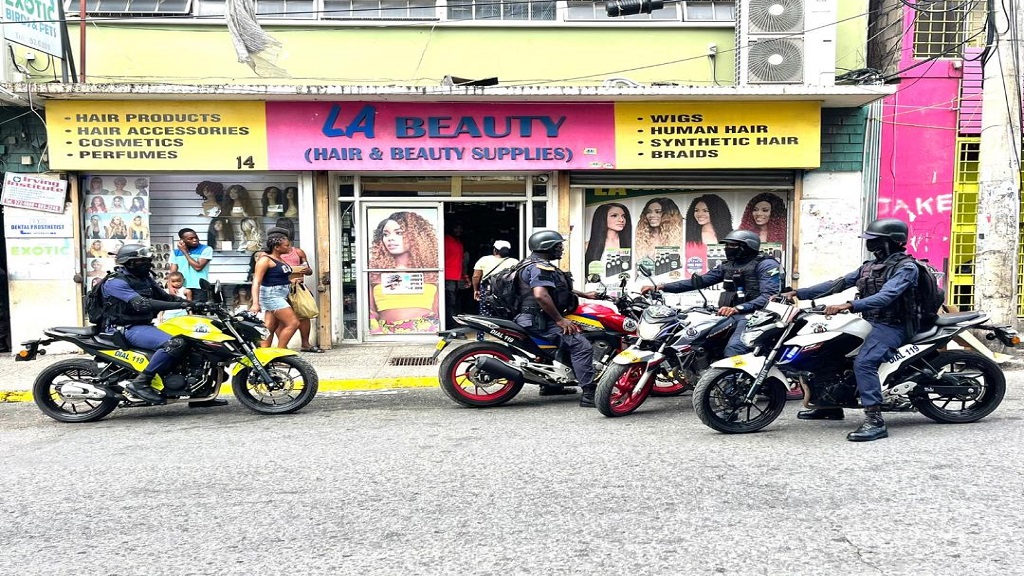 The Jamaica Constabulary Force (JCF) will strengthen its public order campaigns and expand its rapid response teams to make further progress in the fight against serious and violent crime.

Speaking to the JCF’s monthly press conference, Police Commissioner Major General Antony Anderson pointed out that the rapid response arm of the Public Safety and Law Enforcement Directorate on traffic (PSTEB) is a direct response to thefts and other violent crimes, including those committed by motorcyclists who would otherwise be difficult to intercept.

These teams have been deployed to St James, Kingston and St Andrew, St Elizabeth and St Catherine South Police Divisions.

“Since these teams were established in March 2021, they have made over 600 arrests and seized 49 illegal firearms,” Anderson said.

“In one of the latest incidents, three men who committed murder and subsequently engaged the Quick Response Team in a shootout on Orange Street in downtown Kingston, have been apprehended and charged,” a- he added.

Three illegal firearms and several cartridges were also seized during this operation.

“Additional staff are currently being trained to deploy to other parts of the island, including St Ann and St Catherine North (Police Divisions),” Anderson said.

On public order, the senior law enforcement official highlighted a number of operational initiatives underway across the island.

Among them is the recently launched Operation Restore Paradise, a law and order reset in Montego Bay, St James.

“We are seeing improvements in terms of the general appearance of downtown (Montego Bay) and the restoration of order.

“This initiative has required a multi-agency approach and in order to sustain these improvements, long-term commitment from all stakeholders involved is essential,” Anderson insisted.

“We will continue to work with our key partners, such as the municipal corporation, the public health department, the National Solid Waste Management Authority and the private sector,” he promised.

Besides Montego Bay, the senior legal officer said the JCF plans to roll out similar initiatives in other city centers to maintain order.

“We are aware that with the lifting of COVID restrictions, a number of businesses, including those in the entertainment industry, have reopened.

“We believe that everyone can coexist if the music is kept at a level that is non-disruptive and complies with the provisions of the law,” Anderson said.

However, the police commissioner said there were instances where the music was played in a loud way beyond what was acceptable and disturbed others.

In those cases, Anderson said, the police “will enforce the law.”