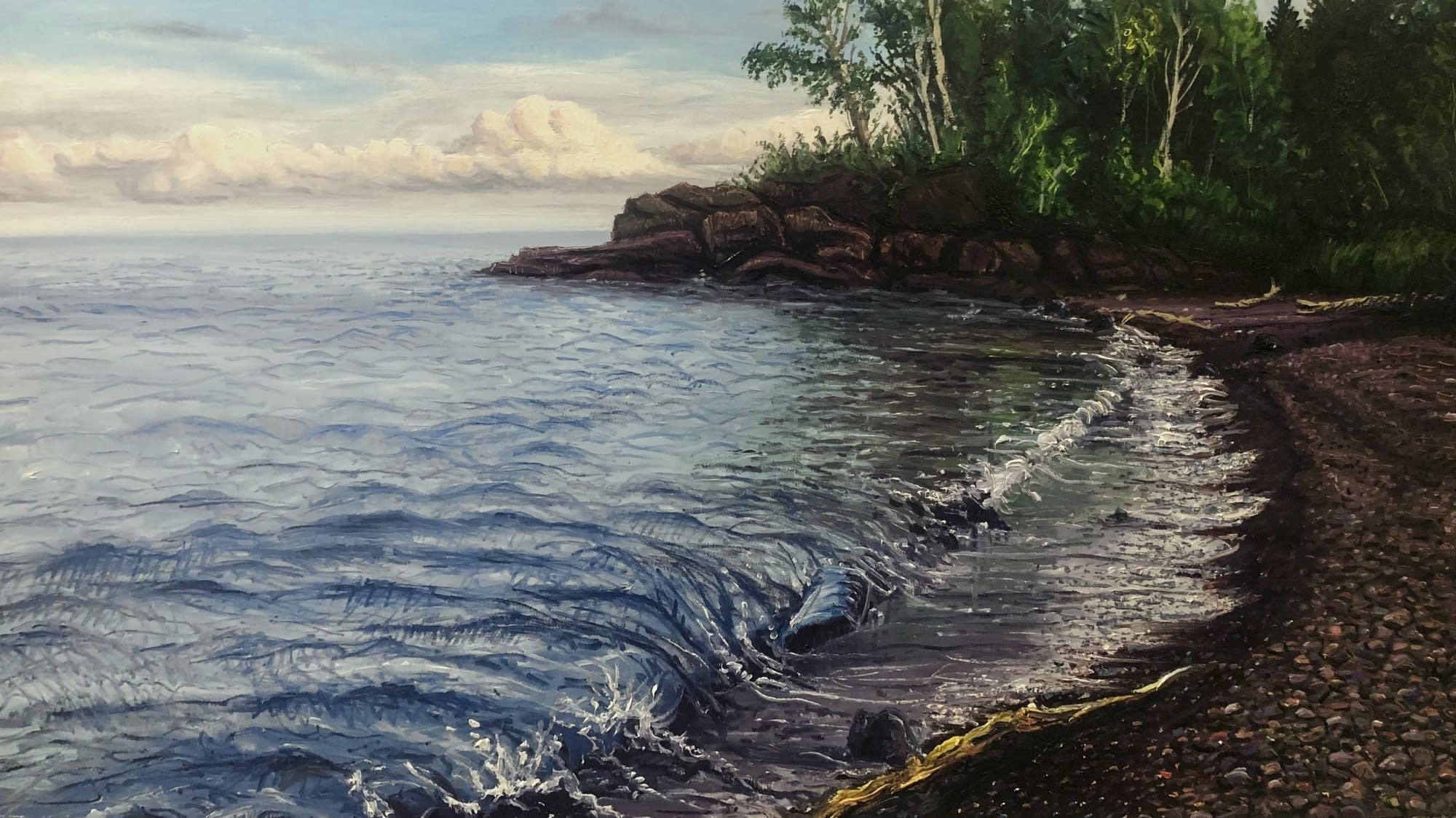 Nancy XiáoRong Valentine is a visual artist in Underwood, and she was deeply moved by the “Back to Normal? Diaries of Local Youth” exhibit at the Otter Tail County Historical Society in Fergus Falls, Minn.

The exhibit by five high school students and one college student uses a range of art styles to tell the story of how COVID-19 has affected their lives and education – and what returning to normal means.

Valentine was struck by the thoughtfulness and vulnerability of each of the artists in the face of the complexities of the pandemic. She says she was moved to tears by the work of Sylvia Pesch, who wrote an original piano piece that combines poetry and visuals.

The show runs until September 30.

Judkins, also from North Mankato, is an avid hiker, and many of his landscape paintings feature water – from waterfalls in the Mankato region to scenes of the North Coast.

Gehring-Ryan appreciates Judkins’ eye for color and his carefully layered paint that makes images “jump straight off the canvas”.

Bill Childs of St. Paul runs a weekly children’s radio music show called “Spare the Rock, Spoil the Child,” and he loves the new album, “The Greats,” by Louis and Dan and the band Invisible. The Northfield-based group is the brainchild of Louis Epstein, who teaches musicology at St. Olaf College, and Dan Groll, who teaches philosophy at Carleton College. Childs calls the album “goofy and funny and very smart”.

“It’s kind of like a standard album, except none of the songs are cover songs.” Childs added that Louis and Dan are masters in every genre they tackle.

The album features several guest artists, including Tesfa Wondemagegnehu, director of the chapel choir at St. Olaf’s, who joins in with a jazzy tune on the joy of singing and a barbecue blues number.

The band will perform on September 4 as part of the 10th annual Fest du Nord at Camp du Nord in Ely. The festival takes place from September 2 to 4.

A phishing campaign targets the maintainers of the PyPI project