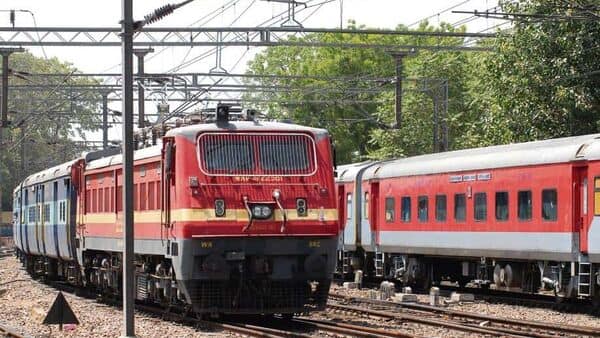 The carriages of an express train traveling to Patna from Mumbai were reportedly uncoupled in Jalgaon district, Maharashtra on Tuesday afternoon, according to the Central Railway. Following the incident, Central Railway public relations manager Shivaji Sutar told the news agency PTI that no passengers were injured due to the decoupling of the express trains.

The Central Railways official further informed that coaches S5 and S6 of the moving Lokmanya Tilak Terminus-Patna Express train separated at 12:38 p.m. between Chalisgaon and Vaghli stations in Bhusawal division, located more than 300 km from Mumbai. He informed that the railway staff coupled them again and the train left safely for the onward journey at 1:06 p.m. Importantly, when a train’s cars separate, its brakes automatically apply when air pressure drops and the train stops after a short distance, railroad officials said.

Meanwhile, earlier today, a local train derailed at the Chhatrapati Shivaji Maharaj terminus in Mumbai, affecting commuter services on the Harbor Line, which connects South Mumbai to Navi Mumbai and Panvel in neighboring Raigad district . Luckily no one was hurt in the incident that happened on platform no. 1 of the CSMT around 9:40 a.m., Central Railway public relations officer Shivaji Sutar said.

Later platform services resumed after about two and a half hours, according to Central Railway (CR). Brihanmumbai Electric Supply and Transport (BEST) company said it was operating 10 additional bus services for commuters in line with PTI report.

The Harbor Line would connect South Mumbai to Navi Mumbai and Panvel in the neighboring district of Raigad and nearly 40 lakh commuters travel on CR routes daily, including 10 lakh on the Harbor Line. The railway official said the train bound for Panvel received a green signal, but was moving in the opposite direction. “The local CSMT-Panvel (PL-61) was ready to leave platform number one, but it went in the opposite direction and hit the dead end of this same platform,” he said. This caused a carriage of the fourth car to derail from behind, he said.

* Thank you for subscribing to our newsletter.