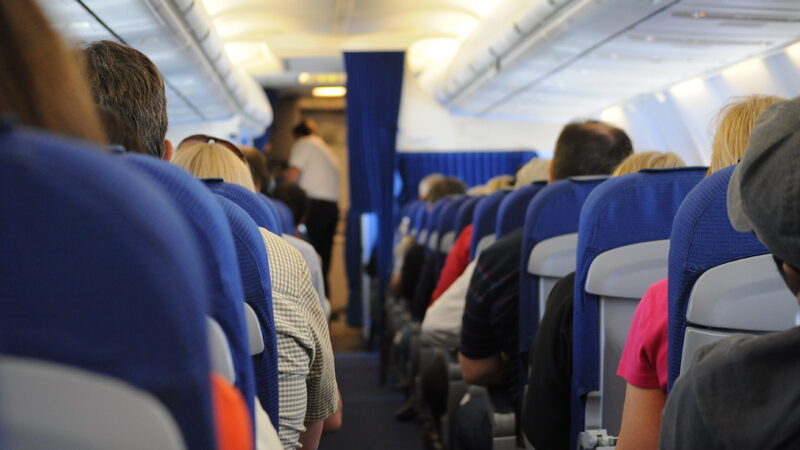 As the UK recorded a record temperature of 40.3C on Tuesday, the government released its ‘jet zero’ strategy to tackle one of the hardest sectors to decarbonise: aviation.

The launch of the strategy at the Farnborough International Airshow was delayed from morning to afternoon, while Transport Secretary Grant Shapps went on a media tour to Explain why Britain’s roads and railways couldn’t handle the heat.

Publicity for the launch was limited to one Press releasestacked with supporting industry quotes, and a Tweeterin which Shapps said it would “enable passengers to enjoy a guilt-free flight”.

A handful of activists in pig masks Saluted with the skeptical slogan: “Jet zero? When Pigs Fly!”

The “guilt” of air transport comes from its disproportionate carbon footprint. While aviation accounts for just 2.5% of global carbon dioxide emissions, on a personal level, air travel is a polluting luxury. A long-haul flight can clear emission benefits to become a vegetarian for a year.

That’s why a UK citizens’ climate assembly came out two years ago in favor of a frequent flyer tax and a ban on private jets. It was too radical for this government. Nor would he consider limiting the growth of airports.

Instead, it relies on energy efficiency, sustainable aviation fuels and carbon offsets to decarbonize – and destigmatize – the sector. The government’s “aspiration” is to operate the first zero-emission domestic roads by 2030.

The strategy sets intermediate targets of net zero for aviation by 2050, with a review of progress every five years. For the domestic sector, it sets a more ambitious net zero goal for 2040.

“We want 2019 to be remembered as the peak year for aviation emissions. From now on, everything should be down for carbon emissions – and steadily up for green flying,” said Shapps said.

This is a “more difficult trajectory” than the government had previously set out, said Cait Hewitt, director of policy at the Aviation Environment Federation. But nothing holds the industry accountable for its deliveries – and its track record is not good.

Campaign organization Eventually audited all the climate goals that the international aviation sector had set itself since 2000. Out of 50, all but one had been missed, abandoned or forgotten.

As with previous climate strategies for aviation, “jet zero” relies on future technological breakthroughs rather than demand reduction – and all options run into large-scale problems. According to Hewitt’s calculations, to fully meet the UK’s jet fuel demand with e-fuel would require a wind farm the size of Northern Ireland.

“We don’t think the government is being honest about the challenges,” she told Climate Home News.

Specific measures include a £165m fund to support the development of Sustainable Aviation Fuel (SAF) and a mandate to require at least 10% of jet fuel to come from sustainable sources by 2030.

This can mean biofuels derived from algae or waste, or synthetic fuels made with green hydrogen and captured carbon. None of the options are commercially competitive to produce yet.

Gaynor Hartnell, of the industry body Renewable Transport Fuel Association, said SAF was “the only viable solution for long-haul flights” and welcomed the support. But the five production plants the government plans to deliver cost £500m each, she added, and will require new grants to get started.

For Greenpeace UK, reducing the number of flights is the only valid answer. “This government doesn’t have the guts yet to regulate aviation emissions and this is not a plan to do so, just a stalling tactic and a very costly waste of time,” said campaigner Emily Armistead.