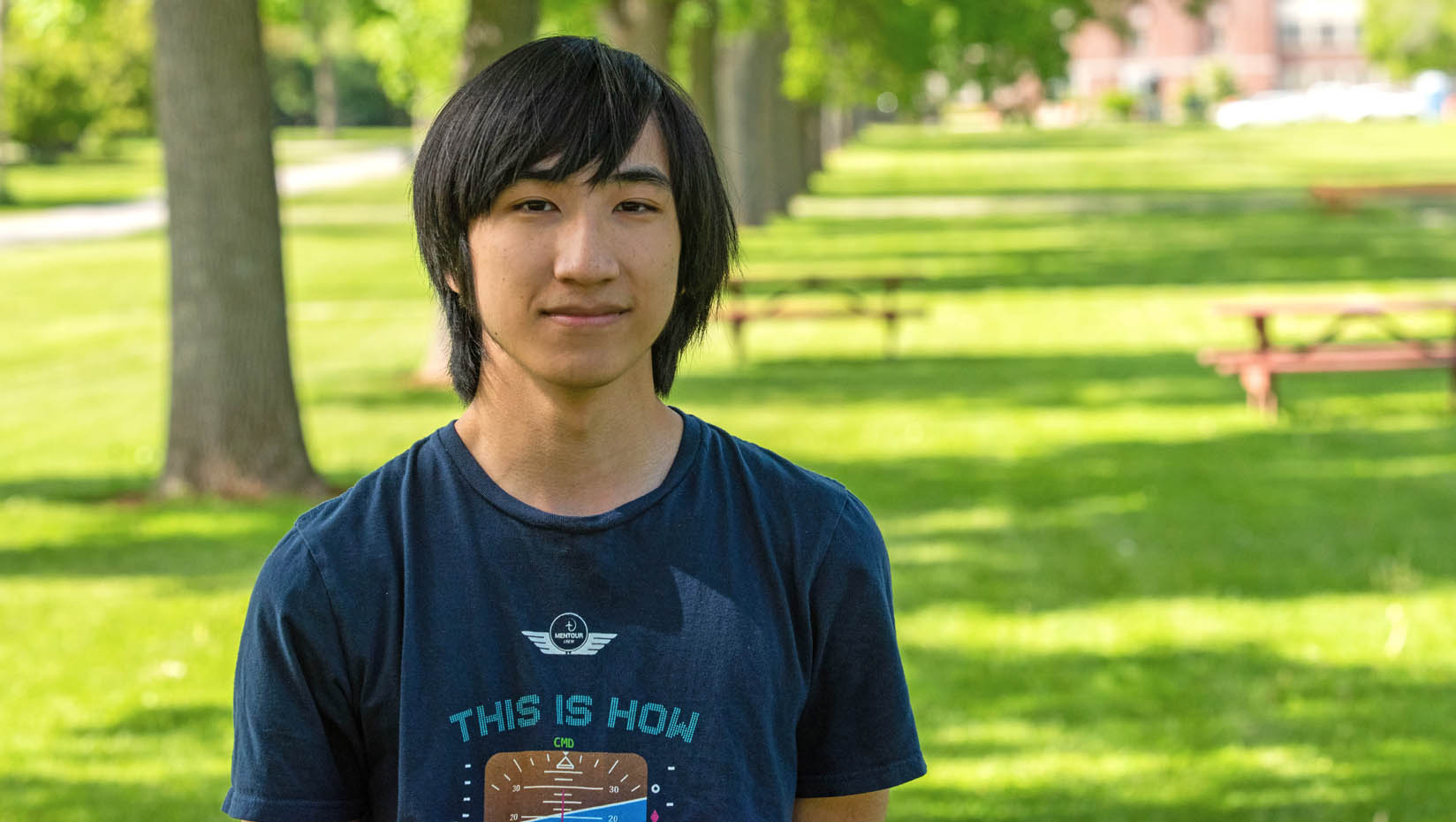 Getting a pilot certification and flying an airplane might not be the first thing that comes to mind when you think of college experiences. But for Vinh-Nhan Ngo, of Bangor, Maine, that has always been his goal. As a freshman, Nhan became a member of the UMaine Flying Club and as a sophomore, earned his pilot certification and was elected president of the student organization. Nhan says being able to fulfill his dream of flying has given him the opportunity to see a new perspective of the world and to share the experience with his friends and family.

“I’ve always enjoyed teaching people the basics of flight when I was learning them and I think it would be fun to take on some real students,” he says. Nhan hopes to earn his instrument rating next year, which will allow him to fly in more adverse weather conditions and become a safer pilot.

Nhan will graduate from UMaine a year early with a major in physics and three minors, political science, astronomy and mathematics. As a result of his academic achievement, he received the UMaine Presidential Award, was recognized as a James S. Stevens Outstanding Junior, and is inducted into Sigma Pi Sigma, the Honor Society for Physics. After graduating, Nhan would like to attend a graduate school.

In addition to the Flying Club, Nhan is also involved on campus as Treasurer of the Society of Physics Students and a member of Mainely Voices.

Nhan is currently working with Sam Hess’ lab group in research on biophysics and super resolution microscopy. Their team is working on influenza and COVID-19 to study how they behave and infect cells. Nhan says Hess has enhanced his UMaine experience and describes him as a teacher who is “always very accommodating and teaches very intuitively.”

Nhan describes the main project that Hess’s group is working on as “the study of hemagglutinin (HA) clusters of the viral influenza protein. It’s known to colocalize with a lipid called PIP2, so we can see both, and we can study the clustering mechanism. By finding drugs that disrupt clustering, viral replication can be slowed, and these methods have impacts on other viruses such as COVID. With his focus on the physical side of this project, he says he will “primarily try to find identifying patterns in fluorescence photoactivation localization microscopy images, such as programs to identify the size and position of cluster”.

One program that helped Nhan succeed at UMaine was Maine’s Learning Assistant program, which he says “helped my bottom line when I work as a deputy, and also having peers your age who are happy to teach is a great way to learn. »