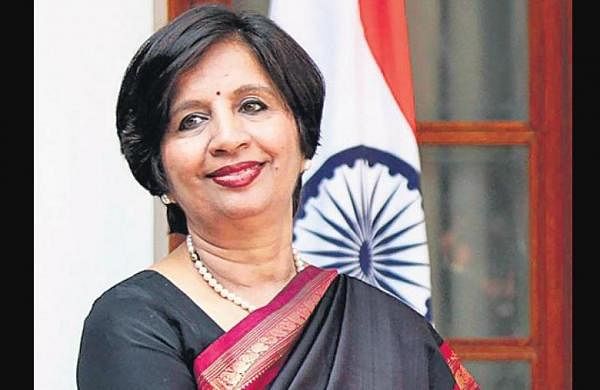 BENGALURU: Former Foreign Secretary of India, Nirupama Rao, in an interaction on her book “The Fractured Himalayas: India, Tibet, China, 1949-1962”, spoke about Indochina relations yesterday and today and the influence of the 13-year period leading up to the Indochina War in 1962 on relations between the two neighbors with Tibet at the center.

“From the start, the India-China relationship was actually a three-way issue, with Tibet at the geographic and diplomatic center of the budding relationship,” Rao said. The event was organized by the Synergia Foundation, a city-based strategic think tank.

She said that following the tragic events in the Galwan Valley in 2020, the focus is once again on Indochina relations. “We need a broad perspective to recall the early history of this relationship. India and China were both very young and in the process of national consolidation and influencing our roles on the world stage. What happened during those years has a great influence on Indochinese relations even today,” Rao said.

She added: “An industry has grown up blaming Jawaharlal Nehru for everything that happened during this period. He had his faults, but his follies cannot be the gospel of the textbooks. His decisions were made in real time. India was a young country and Nehru’s contribution to nation building cannot be ignored. He saw the reality of the arrival of the Communists and unconsciously worried about Chinese expansionism. He was concerned about protecting our borders. Nehru was the first person to admit his failure in China policy, which had deep ties to the Tibetan issue. He granted His Holiness the Dalai Lama asylum in India and Tibetans the recognized as Dharmaraja, but he focused more on building relations with China and felt that Tibet was a lost cause,” the former diplomat said. She added that there were weaknesses , errors but we must com take the circumstances under which decisions were made and how they were made in real time.

Rao said India’s ties with Tibet are very complex and are not only dictated by geography but also by trade, pilgrimage and cultural osmosis. The presence of the Dalai Lama and his entire succession issue continue to be strongly contested by China. She spoke at length about the people of the Himalayan region on both sides of the border and the strong cultural and trade ties.

She said she was asked why a book like this was needed at this point, as this topic has been researched and written about for many years. “We fought the 1962 war, whose 60th anniversary is approaching. There is no end to the analysis of the events and people involved in the era. My interpretation of this period is that of a practicing diplomat. I studied the subject when I was in the Indian foreign service and I was in charge of bilateral relations between India and China long before I was appointed ambassador in Beijing,” she said. “My aim was to provide a rational understanding of the complex relations between India and China,” the former diplomat said.