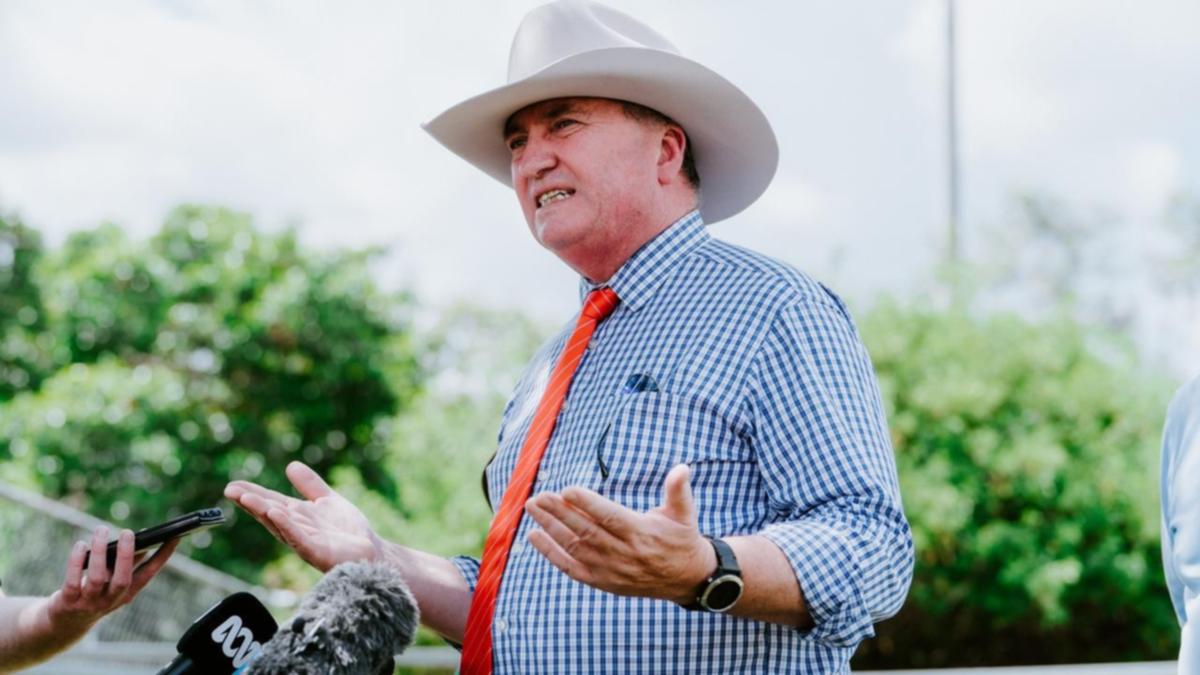 Barnaby Joyce kicked off his federal election campaign with the opening of the Echuca-Maoma Bridge project in regional Victoria and a brief dip into water issues.

“We have elections, it’s a question of democracy,” he said.

The bridge is one of the largest infrastructure projects in northern Victoria and southern New South Wales.

The Deputy Prime Minister described it as “incredible infrastructure that gives people on both sides of the border incredible pride.”

“We need to make this nation as strong as possible as quickly as possible in light of the geopolitical circumstances that lie before us, and also for the economies that reside on both sides of the bridge,” he said.

The new crossing over the Campaspe and Murray Rivers is expected to improve traffic flow by allowing heavy and oversized vehicles, restricted by the existing Murray River Bridge.

The project would have given a significant boost to the local economy by supporting more than 400 direct jobs and up to 1100 indirect jobs.

Mr Joyce was campaigning in the seat of Nicholls.

With the retirement of Nationals MP Damian Drum, it opens a three-way contest between Steve Brooks of the Liberal Party, Sam Birrell of the Nationals and independent water policy campaigner Rob Priestly.

Asked what would happen if the country couldn’t meet its Murray-Darling Basin water harvesting targets by 2024, Mr Joyce said: “I don’t believe in buyouts. We will absolutely focus on protecting the economic rights of people not only on land, but in cities.”

“I will ensure that we protect the rights of people in this region throughout.”

Disclaimer: This story was written in a personal capacity by Ms. Rahman.

TCU Senate Dedicates Over $2.6 Million to Student Organizations in FY23