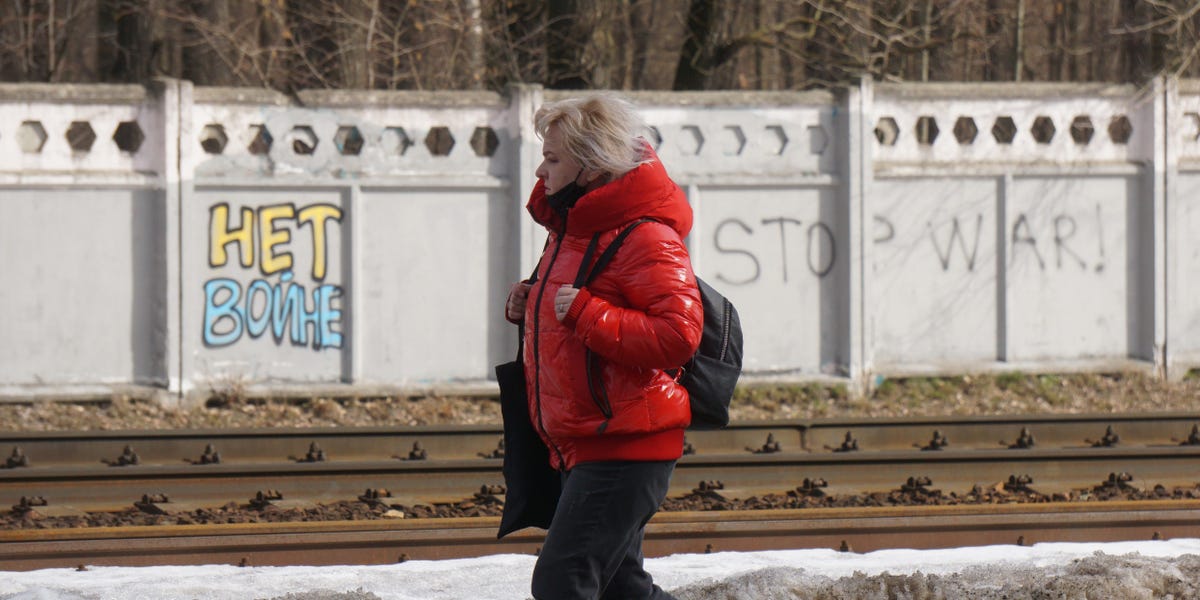 A teacher in Russia has said she was fired and fined after being reported to authorities for comments she made to students about Russia’s war in Ukraine.

Marina Dubrova told The New York Times that she showed her eighth grade class a YouTube video with an anti-war message. Then a group of girls asked her about the war.

Dubrova, an English teacher on the Russian island of Sakhalin, told the girls: “Ukraine is a special country.” One of the girls replied, “Not anymore.

Russian police arrived at his school a few days later, the Times reported, and a recording of his comments, apparently taken by a student, was shown in court.

She was fined $400 for “publicly discrediting” Russian forces and was fired from school for “immoral behavior”, she told The Times. Speaking of pro-war Russians, Dubrova said, “It’s like they’ve all gone into some kind of madness.

There have been various reports Russians are speaking out for speaking out against the war, which Russia calls a “special military operation,” although it’s unclear how widespread it is.

Last month, Russian President Vladimir Putin indicated that Russia must undergo a purge of society to root out those who are against the war or aligned with the West.

“The collective West is trying to break up our society, speculating on military casualties, on the socio-economic effects of sanctions, in order to provoke a popular rebellion in Russia,” Putin said. said in a video address.

“But any people, the Russian people in particular, are able to distinguish true patriots from bastards and traitors and will spit them out,” he said, referring to people who do not support the Kremlin.

“I am certain that this necessary and natural self-cleansing of society will only strengthen our country, our solidarity, our unity and our willingness to respond to all calls for action,” he added.

More than 4,300 anti-war protesters in Russia had been arrested during demonstrations across the country in early March.