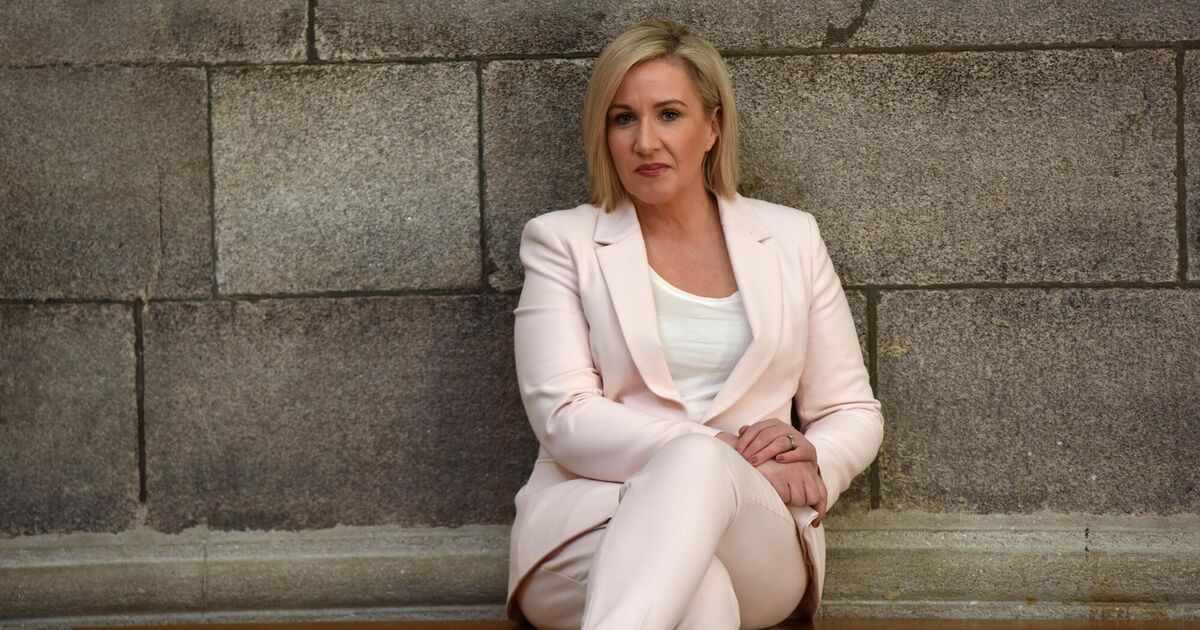 In 2007, a court case gripped the country: Amy Dunne, known as Miss D, was just 17 and pregnant with a baby girl who had anencephaly, a fetal condition that meant she was certain to die before or at birth.

Amy, who was devastated and in temporary HSE custody, told a social worker she was planning to travel to Britain for redundancy. Although she had the support of her family and the baby’s father, the HSE told her traveling would be impossible and so Amy had to defend her case in the High Court.

His devastating private tragedy became very public news and Orla O’Donnell, RTÉ’s legal affairs correspondent, was covering the story. Orla later read in interviews that Amy had been “destroyed by the media coverage and especially the release of her personal information to the nation”.

At the time of the referendum to repeal the Eighth Amendment to the constitution, Orla contacted Amy to apologize to her and her mother for any further upset she had caused them with her reports. This was the start of a relationship between the two women which culminated in the two writings I Am Amy Dunne: A very private tragedy, a very public affair.

I spoke to Orla about what it was like to work together so many years after the affair.

“When reporting you have to be very strict and only report what is said in court because people might try to tell you all kinds of things outside of court. During Amy’s case I was quite new to get the job done, very keen to do a good job and make sure I’m very accurate I guess then, I think it happens to lawyers too, you think about the case and the arguments, and in my case , make an accurate report and make sure everything is ok. You may be losing sight of the people behind the case a bit. This is after I heard that Amy was generally a bit devastated through media coverage.

“Knowing Amy as much as I do now, I can see how the cover must have been so devastating to her because she’s such a proud person. She always tries to make sure she has her best foot forward and her best face is revealed to the world and people can’t feel sorry for her or can’t think she deserves sympathy in looking at her. She was very aware of it. »

Finding out that Amy was so upset by the coverage changed the way Orla reports on the very sensitive cases she covers.

“I am very aware that many people, whether in criminal courts or civil courts, are mainly there because they have gone through the worst period of their life. Something catastrophic, or something really horrible happened to them. I try to be very aware of this. While I may have heard a tragic story 20 times, for them it was tragedy that defined their lives, and I am very sensitive to that.

“It can be a lot of noise and people off the pitch, you’re right next to the Luas line and you often only have a minute and a half to tell the story. I think now I pay more attention to particularly sensitive stories and say we need to go into the studio and make sure we tell the story in a more sensitive way. I try to think more about the people who are at the center of it all.

“It makes me think about the impact of reporting. You always have to tell the story and you can’t add anything to it, but I’m just a little more sensitive to the people who are at the center of it.

The Miss D case was particularly emotional at the time with crowds of people in court. In the book, Amy remembers being approached by a man with a crucifix and a bible in the court complex. Orla recalls the heightened emotions around the case and how, underneath, everyone had forgotten it was about a 17-year-old girl.

“I remember the noise, and I remember being in court and the staff having to slam the windows because the noise was getting too loud from outside, especially as the publicity around the case was increasing. One of my colleagues from a newspaper was very shaken when she was insulted a little by people who demonstrated within the framework of the pro-life campaign.

“There was this air of tension, and I think some people forgot that there was a very, very tragic situation at the center of it all. She was a 17-year-old girl, pregnant , with a family life and I think she was lost sight of by everyone, including the people who were demonstrating.

Orla had been RTÉ’s legal affairs correspondent for less than a year at the time of the Miss D case. Over the next 15 years she reported on some of the biggest cases in the Irish courts and he can sometimes be difficult to leave some of the things she hears in the office.

“I would say it was easier when I was younger, to be honest with you. My colleague Vivienne Traynor and I have talked about it a lot. We did a course on vicarious trauma and how it affects people who constantly listen to the traumas of others. I guess it affects you more than you think. I’ve always found it quite easy to compartmentalize and say that’s it and not dwell on it too much but of course there are times when it’s very difficult to do that.

“There was another case, the case of Natasha Perry, Miss P. She was pregnant – and again, that was a case where the Eighth Amendment had an impact. She had had an aneurysm very early in the pregnancy, but the hospital did not turn off life support because of the Eighth Amendment. It happened over Christmas and it was extremely hard to leave behind.

“Of course, cases involving children, or something like that, are very difficult. Some of them are unimaginable tragedies. It’s a problem, and I sometimes worry that there’s a big pot of stuff in my head that’s going to explode at some point in the future.

“You have your coping strategies, and I guess sometimes I worry that if I delve into it too deeply the coping strategy won’t work or if someone messes up that coping strategy, I don’t I won’t be able to cope with this anymore.

“It’s a problem, okay, because I’ve been doing it for so long now. Especially in the last few years, there have been horrible incidents involving abuse, and things like that. They’re very difficult to There are some cases, like Amy’s story, that stick in your mind, but you have to be able to go out and report them because you’re not the story. someone else’s story and you can’t add your own emotions and feelings to it.

Orla and Amy had worked on a TG4 documentary together before writing the book. Even though they had reviewed Amy’s story several times, getting into the details of this project was not easier.

“It was difficult for everyone because you have to immerse yourself in really, really traumatic things and I don’t think any of us knew how far we had to go and how many things we had to discuss. Sometimes, I felt bad asking her really tough questions and then she had to go to work or get on with her life. We were very open about it all and Amy is a great communicator. She’s very articulate and good at expressing her opinions and d expressing her feelings. It was a difficult process in many ways, but it was made easier by her great communication skills, but I don’t think it was easy for her. I don’t think it’s easy for whoever whether it’s talking about that kind of stuff.”

Doing interviews like this for the book is something new for Orla who is much more used to being the questioner.

“I don’t particularly like to advertise myself. I’m the reporter, not the story. It’s hard to get out of this state of mind. It’s not my comfort zone to talk about myself, but it got me thinking about all the times I expect others to naturally do it whenever I ask.