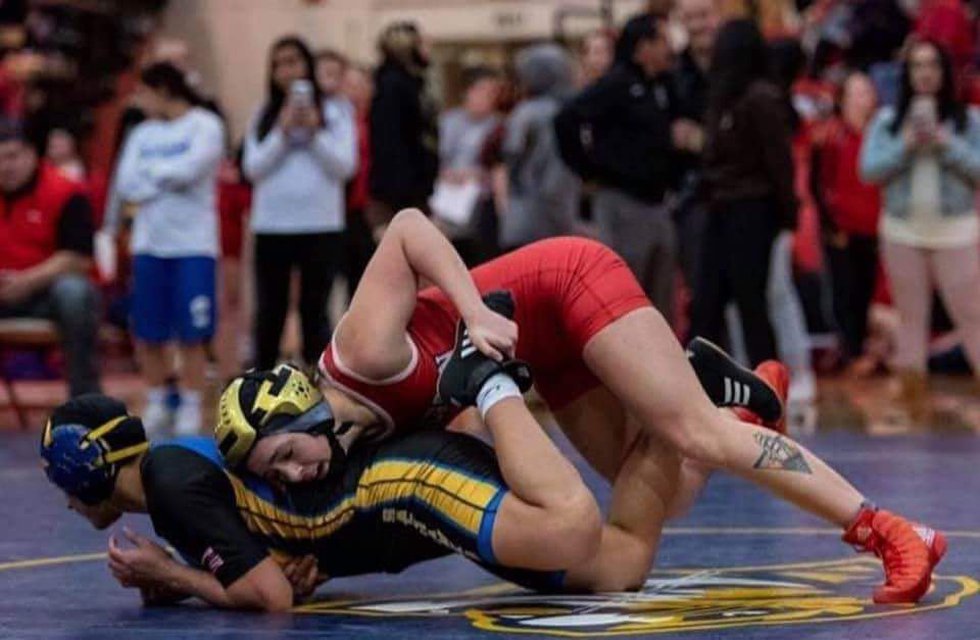 On June 23, 1972, President Nixon signed into law Title IX, prohibiting sex discrimination in educational institutions that receive federal funding. Title IX was widely seen as the stepping stone for collegiate women’s sports to get to where they are today — but the fight for equality is far from over. Every Thursday night at 10:00 p.m. leading up to the 50th anniversary of the law’s passage, 13 Sports will honor the women who have changed the game for girls and women’s sports in Kansas.

“IX at 50: Pioneers of Women’s Sports in Kansas”

MCPHERSON, Kansas (WIBW) — Mya Kretzer is a three-time state champion, although you won’t find her name in any history books.

“I just wanted to be recognized for being the best in the state,” she said.

Wrestling was not offered to girls while she was at McPherson High. So, under her head coach (also her father), she competed against boys.

“It was just emotionally a lot,” Kretzer said. “And on my body – I still have body aches just from wrestling boys who were much stronger.”

She and her father began working to push Kansas to join 14 other states at the time in recognizing girls’ wrestling as a sanctioned sport.

Together they went to high school training seminars across the state, sparking interest and increasing the number of girls competing.

Finally, in the spring of her senior year, KSHSAA approved the adoption of women’s wrestling with a vote of 63-2.

She sat in the room overwhelmed with emotion as the vote passed.

“It helped me build confidence, just the friendships I made with everyone, how strong it was, it was just a touching moment for me to be able to share that with everyone” , she said.

Just this week, his name appeared on the walls of his alma mater:

The sign reads: ‘THESE THREE GIRLS WERE KNOWN TO HAVE OPENED A PATH FOR YOU TO FIGHT AGAINST OTHER GIRLS IN THE QUEST TO CLAIM THE GOLD. THEY HAVE NEVER HAD THIS OPPORTUNITY, BUT THEIR EFFORTS ALLOW YOU THIS SACRED PATH.