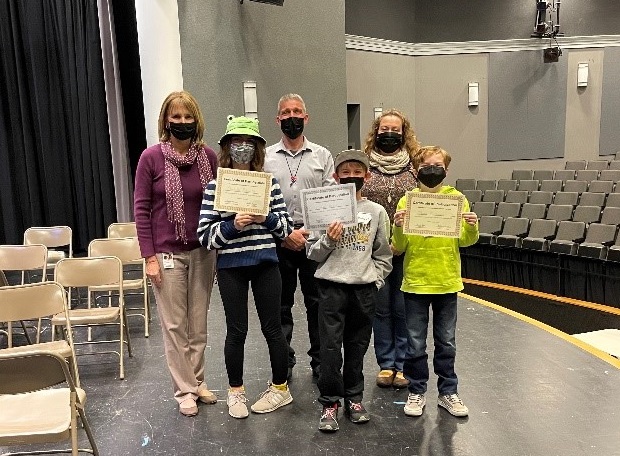 After a year-long hiatus due to the COVID-19 pandemic, the annual Geography Bee competition returned for students in the Woodland Joint Unified School District last week.

According to a district press release, Geography Bee, also known as Geo Bee, is a geography competition for gifted and talented students.

Participants have 15 seconds to answer questions about US states, the world, landmarks, regions, animals, and weird, true, and fun facts. The contest is designed to inspire and reward students’ curiosity about the world.

The event of the year took place on Wednesday, February 23 at the Pioneer High School Theater. It featured students from across the district.

“The Pioneer High School Theater was filled with excitement,” said DeAnn Tenhunfeld, WJUSD district coordinator for the GATE program and co-organizer of the event. “Geo Bee participants from across the district seemed to know the answers to tough questions easily. It was a great competition, and we were excited to bring it back this year.

The National Geographic Society developed the Geo Bee in 1989 in response to concerns about the lack of geographical knowledge among young people in the United States. For more than three decades, 120 million students have discovered the world by participating in the Geo Bee.