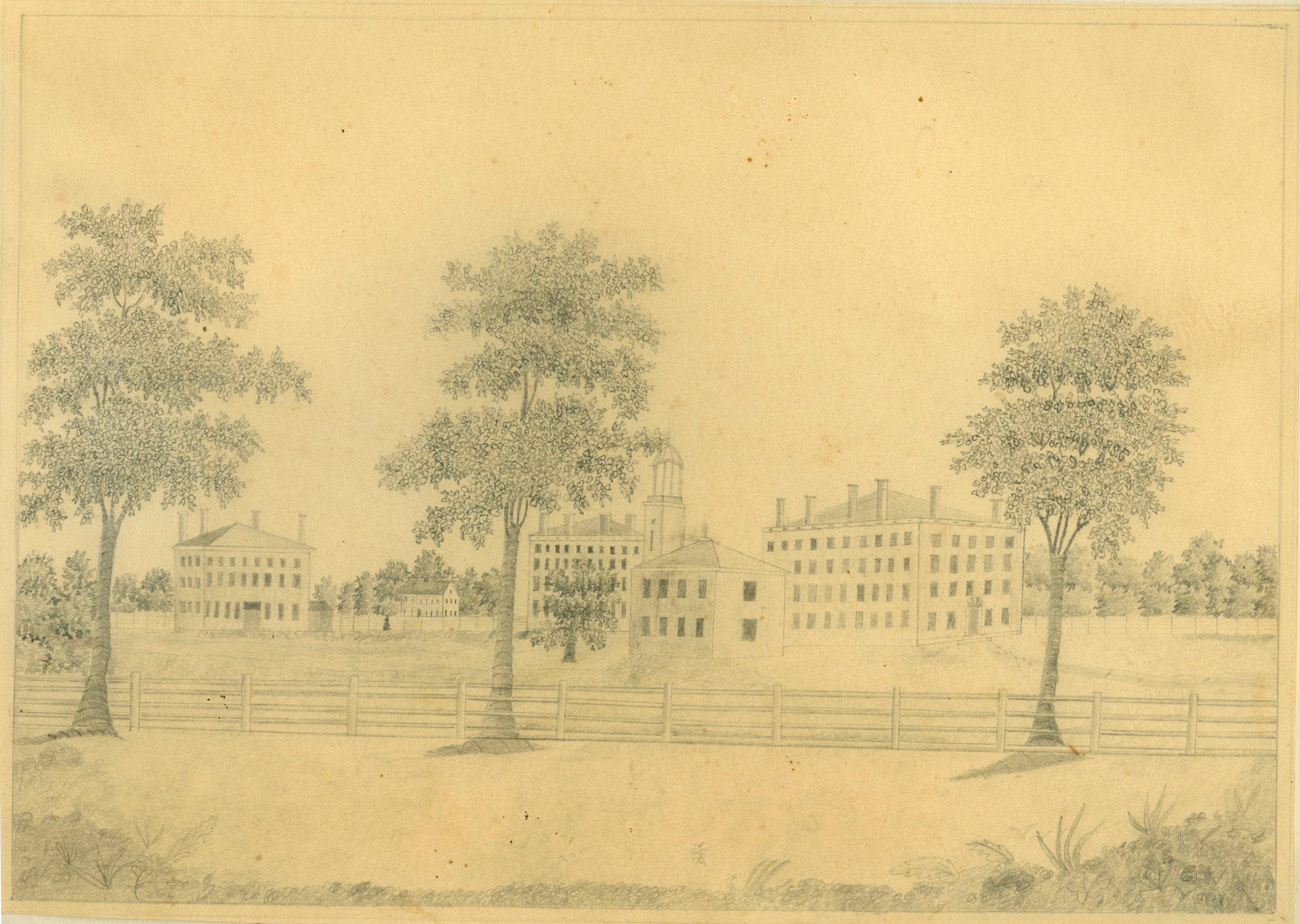 Bowdoin is burning! The Great Conflagration of March 1822

Even before the fire, Bowdoin College was facing a severe space crisis. With a newly established medical school and booming enrollment, the needs of Bowdoin’s students and faculty exceeded its physical factory. In 1822, the college consisted of four modest structures: Massachusetts Hall (1802), the only academic building; Maine Hall, the dormitory, so named after statehood; a modest wooden structure that served as the president’s residence; and a two-storey wooden chapel which also housed the library and art collection. With more students than dormitories, many members of the Class of 1825 had to study remotely or stay with local families. To remedy the situation, the board approved the construction of “New College”, what would become Winthrop Hall, in the spring of 1822. Yet before construction could even begin, disaster struck.

At around 3:30 p.m. on March 4, 1822, most of the students were attending a lecture in Mass Hall, including elders and roommates James Anderson of Beverly, Massachusetts, and Charles McLellan of Portland, Maine. Unbeknownst to them, the fire in their hearth—which they kept up for warmth, like all residents of Maine Hall—thrown a rogue spark. Within hours, the building was reduced to its outer walls despite the heroic efforts of students, faculty and residents of Brunswick and Topsham. Many students lost everything, not only their clothes and books, but also their furniture, which they provided themselves.

According to George Pierce (Bowdoin 1825), when the fire was discovered several people “attempted to enter the room but none succeeded [sic] except Tutor Hale and he had his hair and eyebrows badly burned. The next day, Hale, who taught geometry and natural philosophy, related the incident to his sweetheart, Mary Caroline King:

I got there, with great difficulty… the flames left their mark on my eyebrows and eyelashes… The fire was quick, although the whole building was not consumed until 6 or 7 in the evening. We soon found that all efforts to save him would be in vain and we applied ourselves to the preservation of movable property.

Pierce described these efforts as chaotic at best: “Mirrors and chairs were thrown from the fourth floor when they fell [sic] and hit the ground, they were torn to pieces. Surprisingly, most of the furniture was saved, except for those closest to the origin of the fire. Poor Benjamin Sanborn of Falmouth who lived in room 31 “lost all his furniture and his bed”. The 300 volumes belonging to the student-run Theological Society, an ill-funded literary society that allowed indigent students—without the resources to join another society—to participate in debates and other social causes, were also lost.

Buckner Int. gets a new director of government relations