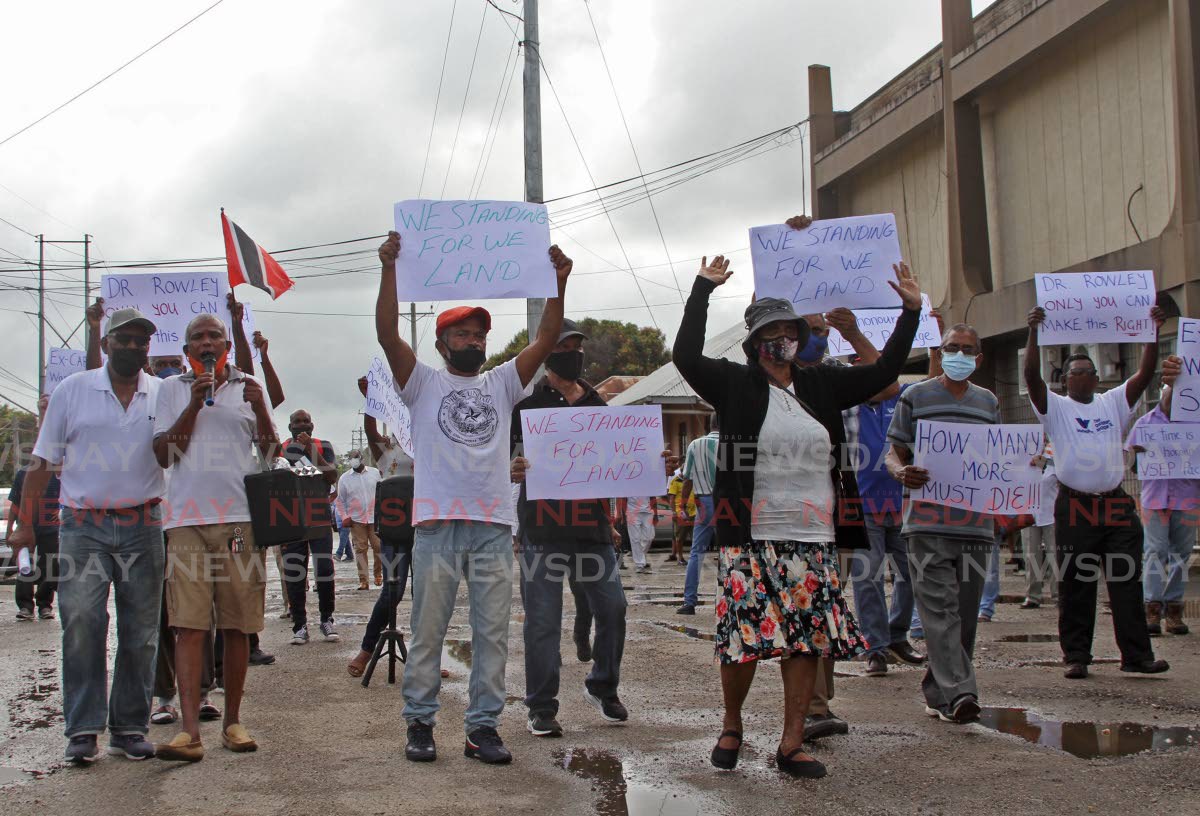 FOR the second time in as many weeks, ex-employees of the defunct Caroni (1975) Ltd demonstrated outside the Domaine du Château de Brechin in Couva to claim the land they had been promised as part of their Voluntary Separation Package of Employment (VSEP).

Workers first demonstrated outside the estate on February 14, as the Prime Minister gave a speech nearby during the opening of the Nutrimix Group of Companies Ltd’s next-generation hatchery at the corner of Rivulet and Captain roads Watson.

She said: “We will continue this protest action for weeks and we hope something will happen.

“We just want Caroni to do the right thing because the employees are entitled to their two acres and one lot. It’s part of the VSEP package, so they’re entitled to it not being a freebie.

“They wait, get chased and nobody seems to know what’s going on.”

She sent a letter on behalf of the workers to the CEO of Caroni (1975) Ltd, Lionel Wayne De Chi, requesting a meeting and an update on the matter. Thomas said if De Chi was acting in good faith on the matter, it would take him no more than two weeks to respond.

Calling on all politicians on both sides of the political spectrum to be complicit in this problem, the coordinator of the Association of Former Caroni Workers, Rakeeb Mohammed, said politicians must work together to solve the problem.

He lamented: “It (the land) is not a gift, it is not alms and it is not a promise. This is your legal right under the law.

A furious ex-worker has exclaimed that workers should start blocking roads and burning tyres, as this may be their only way of attracting the attention of the authorities.

Tribute to Black Leaders in STEM