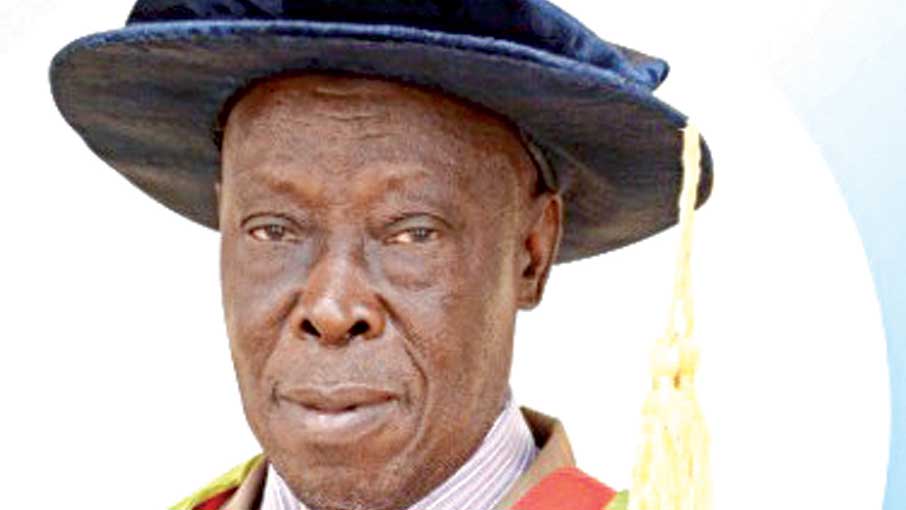 Prior to becoming a lecturer, Dauda had the privilege of working in different departments including operations, finance and customer services in major telecom industries in Nigeria.

As Training Manager, he has designed, facilitated and evaluated training programs in many areas of management for NITEL Management Training Center Kano and other organizations.

As a practitioner and scholar in the twin disciplines of IR/HRM, he has provided various methods that can be applied by workers, managers, scientists, engineers, technologists, executives, and managers in business, civil servants, academics, policy makers and others for their improved performance. They were provided with basic methods and strategies to face the growing challenge of technological change.

“I have also contributed to the management of technology for human development in all major areas of human endeavour. During my research, I discovered that the concepts of IR/HRM which include collective negotiation and agreement, trade union activities, organizational conflicts, arbitration, conciliation, wages, remuneration, recruitment , evaluation, training and development are able to evolve with the dynamics of technological evolution, thus making IR/HRM a relevant discipline that could face immediate and future global challenges.

Professor Dauda, ​​who has more than sixty publications in reputed local and international journals including five books to his credit, was born in the city of Oyo on October 10, 1959. He attended four primary schools which are the primary schools primary Ansar -Ud-Deen, Oyo, Fiditi and Ighoho and finally finished at St. Mary Asogo Catholic School, Oyo between 1964 and 1969. This was because his tutor was a teacher and he followed him wherever it was transferred. He attended Oranyan High School, Oyo High School and Ansar-Ud-Deeen, Saki from 1970 to 1976, Ibadan Polytechnic from 1978 to 1979 and University of Ibadan from 1979 to 1982.

He was posted to Lagos State for the National Youth Service Corps (NYSC) and performed his primary assignment at Lagos State College of Education (LACOED) now Adeniran Ogunsanya College of Education (AOCOED) between 1982 and 1983 and was immediately employed by LACOED after his youth service. In October 1983, he was employed as a Commercial Officer Grade II by the Nigerian External Telecommunications (NET Ltd.) NECOM House, Marina, Lagos. In 1986, the Department of Posts and Telecommunications (P&T) of the Ministry of Communication merged with NET Ltd to become Nigerian Telecommunications Ltd (NITEL) and he was absorbed into the new company as Officer I (Customer Operation). Professor Dauda has served in several NITEL locations including Lagos, Oyo, Ogun, Kaduna, Kebbi and Kano States.

He was appointed Assistant Lecturer by Bayero University, Kano between the years 2002-2004. In May 2004, he was appointed by this great university as a Lecturer II in the Department of Industrial Relations and Personnel Management.

Professor Yunus Dauda is an Associate Fellow of the Nigerian Institute of Management (NIM) and an Associate Fellow of the Chartered Institute of Personnel Management Nigeria (CIPMN). He was the President of the CIPMN Ojo-Badagry Chapter Staff Practitioners Advisory Association and he was declared Best President of the Year 2014 by the CIPMN Lagos State Chapter. He is a member of the International Labor and Employment Relations Associations, Geneva, Switzerland and a member of the International, Regional and Local Development of Work and Labour, Osnabruck, Germany. He has attended many major international conferences in Germany, Canada, Australia, America, India, Italy, Iran and South Korea. He was also invited to the UNESCO conference in Moscow, USSR and by the RLDWL in Beijing, China and his papers were presented on his behalf at these conferences by members of the RLDWL.

During these major conferences, he visited many factories, union headquarters and other establishments, including the Samsung, Volkswagen and Mercedes factories in Berlin, Germany, the University Hospital of Montreal in Canada, farms machinery in Sydney, Australia and Bhubaneswar, India, LG Electronics in Seoul, South Korea, museums and industrial sites in the United States, among others. He also visited NESTLE, Toyo Glass and Peugeot Automobile factory in Kaduna, Port Harcourt refinery and others in Nigeria as one of the major requirements of his labor, technology and labor research and studies.

Professor Dauda is an active trade unionist. He was the Secretary and Chairman of the Ogun State Branch of the Association of Senior Executives of Public Companies and Enterprises, Posts and Telecommunications Branch (affiliated to the Nigerian Trades Union Congress TUCN) between 1987 and 1997. He took an active part in the Joint Trade Activities of trade unions and civil societies against the cancellation by General Ibrahim Babangida of the elections of June 12, 1993 in Abeokuta. He is a member of the Academic Staff Union of Nigerian Universities (ASUU LASU) and Chairman of its Welfare Committee. He currently represents the Congregation as a member of the Academic Staff Nomination and Promotion Committee.

As part of his community service, he established the Decent Work Labor and Skill Development Institute (DWLSDI) in Akingbile Ibadan to promote youth and labor skills and reduce unemployment and poverty in Nigeria.

Ukrainian advertising agency on creating campaigns despite the threat of war