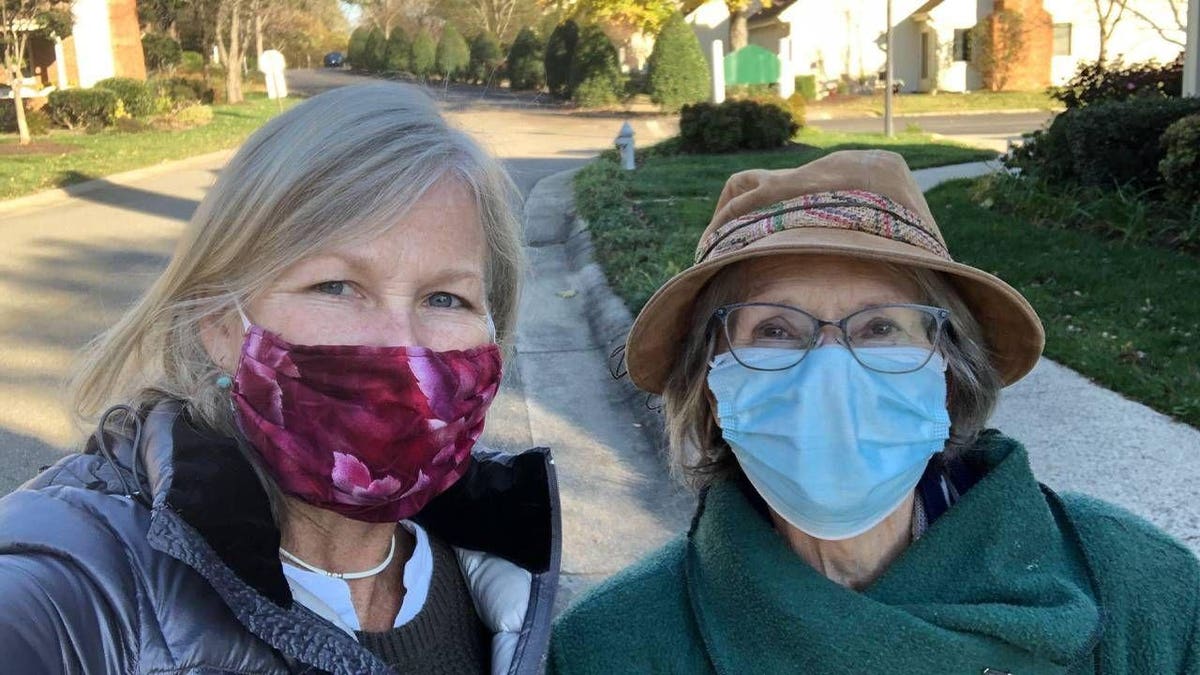 By Chris Farrell, Next avenue

Does the outline of this scenario sound familiar to you?

Paige Wilson, 60, has had a long career in finance with her last job as a managing director at an investment bank. She and her family lived in Richmond, Va., not far from her 78-year-old mother. Her mother was vital and energetic, but she needed help with some daily chores, like getting groceries. Wilson found herself juggling her own family and work (which involved travel), as well as visiting her mother.

“I needed another me,” she laughs.

Many people today struggle to care for their aging parents and loved ones while juggling work and family responsibilities. A surprising number of them have used their experience as a caregiver to start a business or social enterprise that solves the problem they were facing.

Among them is Wilson (since cloning was not an option). In 2018, she started Naborforce, a Richmond-based company designed to meet the kind of day-to-day non-medical needs her aging mother faced.

“I thought of Naborforce because it solved a problem I had,” she says. “When I started digging into it, I thought I had to.”

The technology platform (think Uber and Airbnb) connects older people in the community to a network of assistants called “Nabors”. Nabors are carefully selected and tend to all sorts of routine tasks, such as housework, transportation, and companionship. The work is gig work on demand and participants average four to six hours per week. Pay is $15 per hour, plus $5 more for evening and weekend work. The average age of a Nabor is 56 and 85% are female. The job is designed for people looking to supplement their income rather than needing a full-time job.

Converging trends in the economics of longevity

Naborforce now has a presence in eight East Coast markets, including Raleigh, North Carolina and Bethesda, Maryland, followed by Atlanta. Naborforce currently has 11 employees and approximately 1,000 Nabors. Wilson largely self-funded the company in its early years, but recent funding has attracted some $2.5 million. (Among her early supporters was an 84-year-old woman who walked into the office every day, she said.)

Wilson’s entrepreneurial story is intriguing in itself. But her journey highlights two rapidly changing trends in longevity economics that feed and reinforce each other.

The first is the rise of entrepreneurs in the second half of life. Second, entrepreneurs of all ages are increasingly turning to cutting-edge technologies not only to foster the autonomy of seniors, but also to foster human connections and combat loneliness and social isolation. Many of these businesses and social enterprises have the mission of fostering intergenerational relations.

I am always struck when I lecture on the economics of an aging population, how surprised people are when I emphasize the growing number of people in the second half of life who are starting their own businesses.

Popular culture still equates entrepreneurship with young adults wearing fleeces, even though the number of those 50 and older opening new businesses has increased over the past quarter century.

Some of these companies have intriguing growth prospects with salaried employees and the support of professional investors (mainly angel investors and venture capitalists). Many other entrepreneurs still form a microenterprise, perhaps a craft operation, a lifestyle business, or a sole proprietorship.

Whatever the nature of the startup, seniors adopt the startup culture. For example, 14.8% of entrepreneurs were between the ages of 55 and 64 in 1996 and by 2020 that figure had risen to 24.5%, according to the Kauffman Foundation, an organization focused on building small businesses.

Hiscox, the global specialty insurance company, for its Hiscox Encore Entrepreneur Report surveyed 400 small business owners who opened their first business at age 50 and older. The survey “revealed that many entrepreneurs still start businesses because they want to pursue a personal passion (24%)”.

The other trend is entrepreneurs of all ages creating services designed to create better human connections with an aging generation. The reality of loneliness and social isolation among many older adults was deeply troubling before the pandemic, which has only heightened the risk.

“At first, I thought we supported independent living and aging in place. I knew loneliness was an issue,” says Wilson. “After the pandemic, everyone knows the problem of loneliness and social isolation.”

For example, Papa is a Miami-based company that, like Naborforce, uses digital tools to provide non-medical care and companionship to seniors with its “Papa Pals.” A much larger company than Naborforce, Papa’s company focuses on offering services through Medicare Advantage plans.

Chef for Seniors, founded in 2013 by the father-son team of Barrett and Nathan Allman, provides personal chefs who prepare meals in senior customers’ homes. Mon Ami is a San Francisco-based tech platform that matches college students with older adults for companionship and now works with multiple service organizations nationwide, and Albuquerque-based Teeniors has teens and young adults teaching older adults to use technology. Joy Zhang and Madeline Dangerfield-Cha, founders of Mon Ami, and Trisha Lopez, founder of Teeniors, were among Next Avenue’s 2021 aging influencers.

The late business philosopher and management consultant Peter Drucker observed, “Entrepreneurship is neither a science nor an art. It is a practice.” Like Wilson, chances are that many more older Americans are drawing on their experience with America’s oldest adults and turning to the practice of entrepreneurship to improve their quality of life.