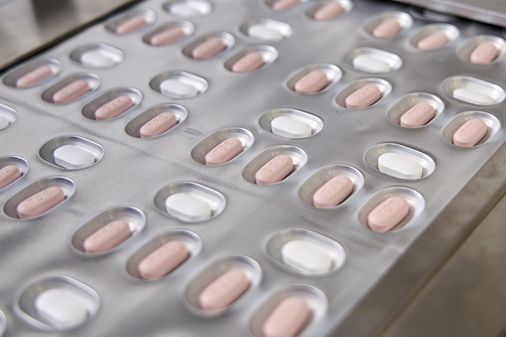 So far this has not happened. Instead, just 429 patients have received the drug in Massachusetts – using just a sixth of the available supply – as providers scramble to set up systems manage distribution. It turns out that dispensing a badly needed “game-changing” drug can be quite complicated.

“I would have expected to run out quickly,” said Dr. Zandra Kelley, chief medical officer at Greater Lawrence Family Health Center. As of Friday afternoon, the clinic had dispensed just 15 treatments, despite a concerted effort to reach out to patients who tested positive at the clinic and elsewhere.

Several barriers stand between patients and antivirals. For the pills to work, patients need to take them within five days of the onset of symptoms, which requires quick action to identify those who might benefit and get the pills into their hands.

Additionally, patients must have symptoms – many who test positive do not – and they must also be at high risk of progression to serious disease, which often means they are not vaccinated. .

In addition to complications, these drugs are not safe for everyone, so doctors should take the time to check patients’ medical histories.

“It’s a drug that absolutely requires clinical decision-making. It’s not something I would just hand out to people,” said Dr. Inga Lennes, senior vice president of ambulatory care and patient experience at Massachusetts General Hospital. “It forces clinicians to talk to the patient. … This is a 10-20 minute phone call.

Mahaniah said that in Congo, where he grew up, the problem was a lack of resources. In Massachusetts, he said, “it’s really about coordinating access to resources.”

So far, the Lynn Clinic has distributed antivirals to two patients. Others have called, but many are too advanced in their illness. On a recent Saturday, a nurse practitioner arranged about 20 telehealth visits with COVID-19 patients, and none were qualified for the drug.

Beth Israel Lahey’s sprawling health system had administered 16 doses of an antiviral on Thursday morning, although Chief Medical Officer Dr. Richard Nesto said Beth Israel Lahey was “committed to doing [the medications] as available as possible depending on supply.

“It becomes a challenge for the system,” Nesto said. “It’s like a new program developing in real time in the midst of a pandemic.”

Health officials are also concerned about social and racial inequalities. Many are working to ensure that minority groups hardest hit by the pandemic also have access to treatment.

They have good reason to worry: A recent study showed white people were more than twice as likely as black people to get prior COVID-19 treatment — monoclonal antibodies.

The federal government buys the oral antiviral drugs and distributes them to the states. Each state then decides where the pills will go.

Massachusetts has been assigned 4,600 oral antiviral treatments, each involving multiple pills taken twice a day for five days. Of these, the state ordered and distributed 2,500. The pills went to 17 community health centers, several hospital systems and a private company, Gothams, which operates monoclonal antibody infusion sites for the State.

Those facilities said they treated 429 patients as of Friday afternoon.

In Massachusetts, until the supply increases, a doctor cannot simply call the prescription at an in-state pharmacy for the patient to pick up, but must direct patients to a site that offers the drugs.

Rhode Island, on the other hand, reported 1,236 treatments provided to patients on Thursday. The state distributed the drugs to nine pharmacies, as well as two health centers, the prison and long-term care facilities. Most of the time, doctors prescribe the drug and refer patients to one of nine pharmacies.

Providers must balance the individual’s circumstances with the options that are available. Two types of oral antivirals were approved in December.

Paxlovid, made by Pfizer, is considered the most effective, but is the least available. It may be dangerous for patients with kidney or liver disease. And it interacts with a number of medications, including those commonly taken by those most at risk for severe COVID-19, such as blood thinners, immunosuppressants and anticonvulsants.

In some cases, patients can suspend their other medications for the five days they take Paxlovid, but many others are disqualified.

Instead, doctors can offer them molnupiravir, made by Merck. Molnupiravir is less effective in preventing hospitalization than Paxlovid. But it does not interact with other medications and does not threaten the kidneys or liver. However, there is a risk of birth defects if taken by a woman of childbearing age or by a man who has sex with a woman who may become pregnant.

The Grand Laurent Family Health Center gave seven courses of Paxlovid and eight of molnupiravir. But several patients turned down the drug, after learning that the FDA had given it emergency use authorization rather than full approval. Since many eligible people are unvaccinated, those who have rejected the vaccine are often just as wary of the drugs, Kelley said. And since the drug is intended to treat early and mild COVID-19, by definition eligible patients don’t feel very sick yet, so they don’t always see the need for it.

In other cases, the health center has identified patients who tested positive but could not reach them within the five-day window, even though the clinic can deliver the drugs.

In contrast, Mass General Brigham is widely accepted but struggles to source. “Over 85% of the patients we offered molnupiravir accepted us,” Lennes said. “The acceptance rate has been higher than we expected.”

As for Paxlovid, the drug of choice, “With so few doses, it’s almost as if we don’t have it,” she said.

Mass General Brigham, who received more than 3,000 doses, mostly of molnupiravir, sent the drugs to its health centers in Charlestown, Chelsea and Revere, communities hard hit by COVID-19. The health system also treats patients through a central referral system, through which doctors can put patients on the line for medications.

About 30 to 40 percent of patients receiving the treatments at Mass General Brigham have not been vaccinated, and Lennes acknowledged that many clinicians are troubled to see a scarce resource allocated to people who have refused to protect themselves with a vaccine. But they also believe it’s their job to care for all patients. “I don’t see anger, I see more sadness. …that misinformation has really hurt patients in tangible ways,” she said.

Kelley, of the Lawrence Clinic, pointed out that it’s to everyone’s benefit to prevent hospitals from being overwhelmed, and that the majority of hospitalized COVID-19 patients are unvaccinated.

Antiviral supplies are expected to increase this year, but most likely after the Omicron surge ends. Merck plans to produce 10 million courses of molnupiravir this year. Paxlovid involves a more complex manufacturing process, and Pfizer plans to manufacture 30 million courses in the first half and another 90 million in the last two quarters.

Among the 429 Massachusetts residents who received oral antiviral therapy was Polonia Mendez Reynoso, an 82-year-old Haverhill woman who presented to Greater Lawrence Community Health Center on January 18 with a sore throat so severe it was hard to swallow. A rapid test showed she had COVID-19. The nurse who broke the news hugged her and Reynoso cried, knowing the infection would mean she couldn’t see her family for a while.

Reynoso is fully vaccinated, including a booster, but she has hypertension and diabetes, which at her age made her eligible for molnupiravir. An immigrant from the Dominican Republic who arrived in Massachusetts 20 years ago, Reynoso said through a translator that she understands the drug does not have full FDA approval, but she is confident that her doctors and nurses would never give her anything that would hurt her.

The health center had the pills delivered to her home and her sore throat began to improve within hours of taking them, she said. And she feels much better now.