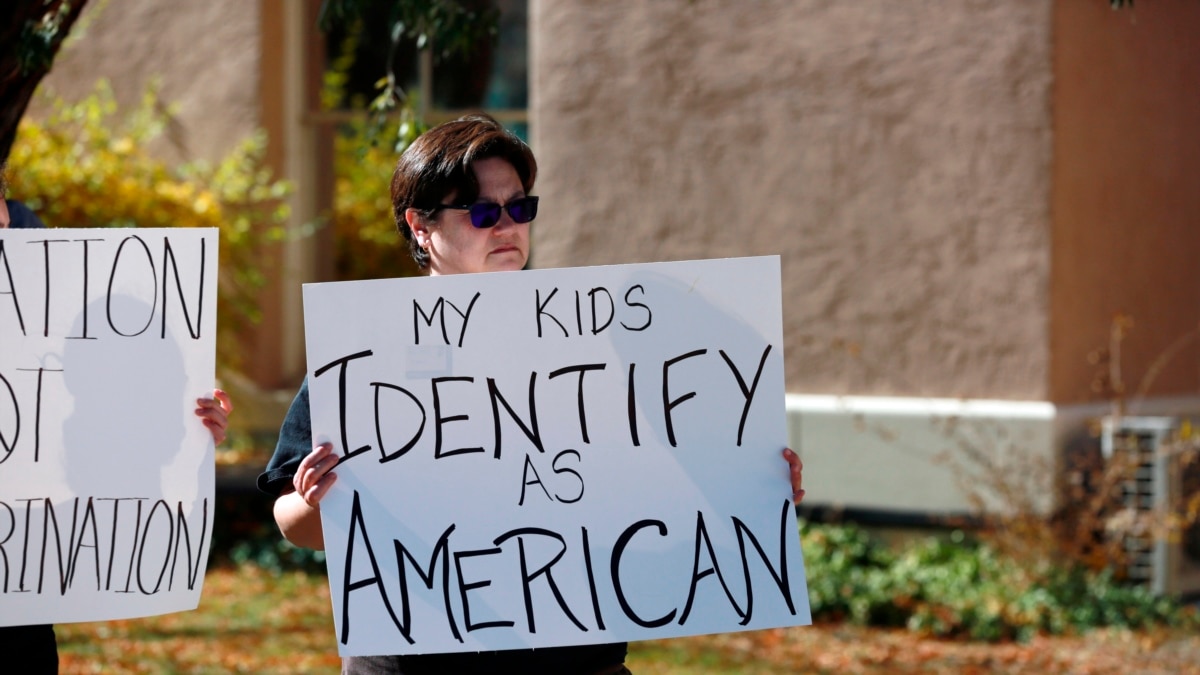 A proposed revision to New Mexico’s social studies standards has sparked debate about how race should be taught in schools, with thousands of parents and teachers weighing in on changes that would dramatically increase related teaching to racial and social identity from kindergarten.

The revisions in the state are ambitious. New Mexico officials say they hope their standards can be a model for the country of culturally appropriate social science education as student populations become increasingly diverse.

As elsewhere, the move towards a more open discussion of race has drawn angry rebukes, with some critics calling it racist or Marxist. But the responses also provide a window into how others struggle with how and when children should be taught about race beyond the polarizing debates over material labeled as “critical race theory.”

Responses were not split along racial lines, with Indigenous and Latino parents among those expressing concern in one of the nation’s least racially segregated states. While debates elsewhere have focused on teaching black people about slavery, some discussion in New Mexico, which is 49% Hispanic and 11% Native American, has focused on the legacy of the Spanish conquistadors.

“We refuse to be categorized as victims or oppressors,” wrote Michael Franco, a retired Hispanic air traffic controller in Albuquerque, who said the standards appeared to be aimed at categorizing children by race and ethnicity and undermining the narrative. of the American dream.

The standards proposed by the New Mexico Department of Public Education aim to make civics, history, and geography more inclusive of the state’s population so that students feel at home in the curriculum and prepared for a diverse society, according to public statements.

“Our outdated standards leave New Mexico students with an incomplete understanding of the complex, multicultural world they live in,” said Public Education Secretary Designate Kurt Steinhaus. “It is our duty to provide them with a comprehensive education based on known facts. This is what these proposed standards will do.”

The plan calls on students to learn about different “identity groups” in kindergarten and “unequal power relations” in later grades. Part of the draft standards would require high school students to “evaluate how social policies and economic forces provide systemic privilege or inequality” for opportunities for identity group members. In a first for the state, ethnic studies and the history of the LGBT rights movement would also be introduced to the curriculum.

An Albuquerque pastor, Reverend Sylvia Miller-Mutia, welcomed the change in her written commentary, saying children see race early and learning about it in school can dismantle stereotypes early. When her eldest was 3 years old, she said her Filipino father was not American because he was dark-skinned, while her mother was American because she was light-skinned.

“Already, a cultural script that said being American means being light-skinned had kind of seeped into my preschooler’s consciousness,” Miller-Mutia said in an interview.

Many Democratic-led states across the country are seeking to diversify these cultural scripts, while Republican-led states are putting in place safeguards against possible changes. Last year, California was among the first states to make ethnic studies a graduation requirement. Texas has passed a law requiring teachers to present multiple viewpoints on all issues and an Indiana lawmaker has proposed that teachers be required to take a “neutral” stance.

The New Mexico Department of Education is reviewing more than 1,300 letters about the proposed standards as well as dozens of comments from an online forum in November. The standards were written with input from 64 people from across the state, mostly social studies professors, and are due out next spring with revisions.

Among the authors was Wendy Leighton, a history professor at Santa Fe College. LGBTQ and other people “that often aren’t in the textbooks or pushed aside and make them a little bit closer to the center.”

Identity was at the center of a course she taught in December, where students learning about the Salem witch trials identified which groups were at the center of power – clergy, men – and which were on the fringes. – women, servants.

“What is a marginalized group in America today? she asked the class.

State Republicans have argued that parents should teach their children about sensitive topics like race and that there are higher priorities in a state that ranks lower in academic achievement.

“What seems urgent to me is math and reading and writing. Not social studies standards,” said State Rep. Rebecca Dow, one of six Republican candidates for the presidential nomination. governorship next year, hoping to unseat incumbent Democratic Governor Michelle Lujan. Grisham.

Some parents who wrote public comments said they would rather homeschool their children than have them learn to the proposed standards.

“Struggle and adversity have never been confined to a specific race or ethnicity. Neither has privilege,” wrote Lucas Tieme, father of five public school students. , which are white.

Tieme, a bus driver for Rio Rancho Public Schools, said his wife was homeschooled so they would be prepared to pull their children out of school if that were to happen.

Some parents who support the changes are generally skeptical of introducing the breed to younger students.

Sheldon Pickering, 41, has two adopted children who are black and has seen occasional racism against his children escalate as they reach their teens in Farmington, near Utah’s southeast corner and part eastern part of the Navajo Nation. He had “the conversation” with his black son, telling him how to interact with the police. But Pickering, who is white, worries that schools are introducing too much too soon.

“If we start too early, we rob kids of that rare time in their lives when they just have to be kids,” said Pickering, owner of a cleaning company. “They just become these amazing little kids and enjoy life without preconceived notions, without context.”

Speech on the Future of Local Governance in Nigeria