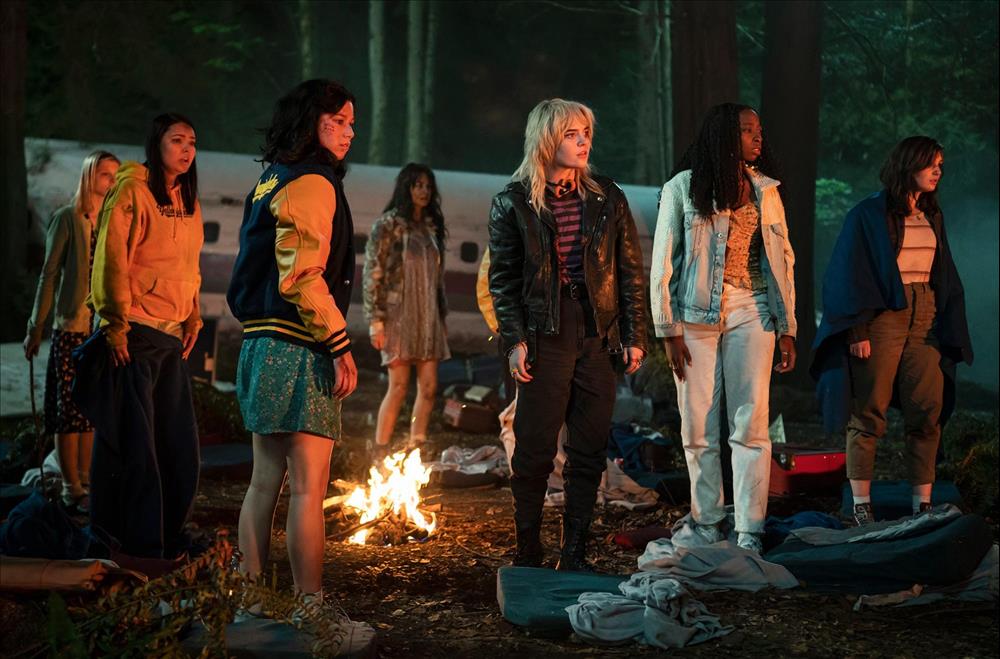 It’s a familiar tale with a morbid and fascinating ending: humans go wild. Emerging from the wreckage of a crashed plane or a sunken ship, they find themselves thrown into a desert. Their social moorings lost, the survivors drift into depravity, chaos and death.

That’s the premise of Showtime’s visceral series Yellowjackets, which just wrapped up its first season. Its gruesome depiction of cannibalism and deprivation sounds too gruesome to be true. Yet several stories from Australia’s fictional past can come dangerously close to our own realities.

Yellowjackets follows two parallel destinies. In 1996, a high school soccer team survives a plane crash in a remote Canadian forest. Today, those who survived remain both united and torn apart by their shared ordeal.

But the survivors share something more traumatic – and unthinkable – than just a plane crash. As the episodes progress, plot and characters unravel, revealing a tale of mayhem, murder, and cannibalism.

Creators and critics have compared the Yellowjackets to fiction, particularly William Golding’s 1954 novel Lord of the Flies. Others draw parallels with the 1972 crash of Uruguayan Air Force Flight 571 in the Andes. Cannibalism sustained some of the survivors who emerged after 72 days of torment, including members of an amateur rugby union team.

Rescue dramas and tales of castaways

Yellowjackets breaks down several genres of survival storytelling. It evokes in part the stories of castaways that ask how we maintain our moral, spiritual and intellectual essence in the absence of daily cultural constraints. The series also echoes the “drama of the lifeboat,” in which traumatized survivors realize they are entirely dependent on each other for their future – or their demise.

In 1929, for example, the famous Australian aviators Charles Kingsford Smith and Charles Ulm caused a tragic scandal. On a flight from Sydney to England, their record-breaking Southern Cross aircraft made an emergency landing in the Kimberley region of Western Australia. They withstood two weeks of extreme temperatures and dwindling supplies before being rescued.

But two ill-prepared friends who took part in the search were less fortunate. After an engine failure, their small plane, named Kookaburra, landed in the Tanami Desert in the Northern Territory. Pilot Keith Anderson and mechanic “Bobby” Hitchcock had no water on board.

A poignant diary written by Anderson on the tail of the Kookaburra noted that the increasingly weakened males drank the only fluids available to them: oil, gasoline, and their own urine. They quickly perished, adding vitriol to accusations that Southern Cross’ disappearance was just a publicity stunt.

Another accident in 1937 also left a bittersweet legacy. Flying to Lismore from Brisbane, a Stinson Model A airliner went missing. While an extensive search was organised, three of the seven men on board survived her crash into the McPherson Range on the Queensland/NSW border.

Believing he could see a farm in the distance, James Westray went for help but fell fatally off a cliff. Rather than resort to cannibalism, however, Joseph Binstead struggled for ten days to keep his injured traveling companion, Jack Proud, alive. Once rescued, the pair asked their rescuer for the cricket results.

Read more: We studied tree rings in the woods of the Batavia wreck; they taught us a lot about the world history of navigation

Lifeboat dramas and tales of castaways run deep in maritime history – for good reason. Archaeologist Martin Gibbs has called the study of shipwreck survivor camps “the archeology of crisis,” laying bare the social challenges, survival strategies and rescue plans of those who are stranded ashore.

Departing from Calcutta in 1796 with goods for the new British colony of Sydney, the sailing ship Sydney Cove began to sink and was deliberately beached. Landing on Preservation Island in Bass Strait, her British and Indian crew set up camp and ate native animals.

But their 17 shipmates, who had gone to alert Sydney, suffered desperate privations. Their small boat was wrecked on Victoria’s Ninety Mile Beach. Struggling 700 kilometers over land, they faced unfamiliar country and daunting river crossings. The abandoned sailors were first aided by the coastal Kurnai and Thaua peoples. Gradually, however, exhaustion, injury, starvation, and the baser instincts of those under extreme duress drove them away. In the end, only three ragged sailors reached the safety of Port Jackson.

Read more: Imagining the Unimaginable: A New Look at the Batavia Wreck

The wreck of the Batavia

Where Australian history most viciously resembles Yellowjackets, however, is a series of tiny islands off Australia’s west coast. Here, in 1629, a Dutch ship named Batavia stood on a coral reef. Its commander, Francisco Pelsaert, left in a boat with 48 other people to ask for help. More than 200 crew members, soldiers and passengers remained stranded.

Returning more than three months later, Pelsaert discovered that a ruthless mutiny had occurred. It was led by Jeronimus Cornelisz, an officer of the Vereenigde Oostindische Compagnie (VOC), or United East India Company. Prior to the sinking, he had carried out plans to kill Pelsaert and commandeer the Batavia, including her cargo of silver coins.

17th century engraving of the Batavia and Wallabi group after an illustration in the Jan Janz 1647 edition of Ongeluckige Voyagie. WA Museum

Determined to make their provisions last, Cornelisz recruited a cadre who hunted down and slaughtered up to 125 men, women, and children. The mutineers drowned, bludgeoned, stabbed and slashed the strongest first, before moving on to the sick and weak. Those who were spared faced rape, sexual slavery, cruel punishment and death. The record of depravity – including the killing of pregnant women and infants – was every bit as grim as the fictional events of the Yellowjackets.

Finally, two groups of survivors remained: the mutineers and the loyal soldiers who had been sent to another island. After several battles on the beach, the soldiers captured the savage Cornelisz, who was soon executed.

Perhaps the moral corruption of the mutineers on the Houtman Abrolhos Islands constituted what we might consider the first “series” of the Batavia. If so, the retribution inflicted by the VOC would result in an equally brutal Season 2.

The yellow vests may take the survival drama to the extreme, but our own episodes of endurance remind us that no one emerges from the woods unscathed.

Yellowjackets streams in Australia on Paramount Plus.

Legal disclaimer: MENAFN provides the information “as is” without warranty of any kind. We assume no responsibility for the accuracy, content, images, videos, licensing, completeness, legality or reliability of any information in this article. If you have any complaints or copyright issues related to this article, please contact the provider above.