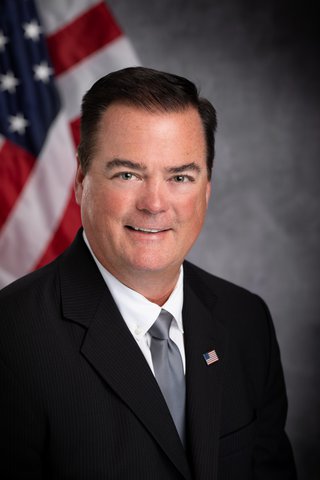 Sanders, who presents himself as a Republican, has lived in Buford since 2015 and had resided in Gainesville for two years previously. In 2014, he founded Hospice Equipment Corporation, a Gwinnett County-based medical equipment company that supplies Northeast Georgia health system hospitals in Braselton and Gainesville, according to a press release from his countryside.

Dunahoo said he lost around 92% of his voters when his district was redesigned. He will run for a seat in District 31, which covers much of Jackson County and part of East Hall.

the new district 30, approved by the legislature in November and enacted in late 2021 by Gov. Brian Kemp, covers much of South Hall County, including Flowery Branch and Oakwood, and part of northeast Gwinnett.

Sanders is vice president of the Buford Business Alliance and lieutenant governor of Georgia Kiwanis representing Hall and Gwinnett counties, among other community service roles, according to his website.

One of Sanders’ main problems is the elimination of the state income tax, which was recently touted by local Senator Butch Miller, R-Gainesville.

“This will benefit those most affected by income taxes, namely the hard-working families who make up the majority of the 30th arrondissement,” he wrote in a statement. “The current tax system is a relic from the days of the Depression and there are better ways to raise state revenues to pay for teacher increases while reducing the tax burden on working families while making us more competitive. “

Sanders will compete with Republican nominee Derrick McCollum, who initially announced his candidacy for House District 103 before moving the redistribution where he was eligible to run. The current District 103 representative, Timothy Barr, R-Lawrenceville, is running for District 10 Convention.