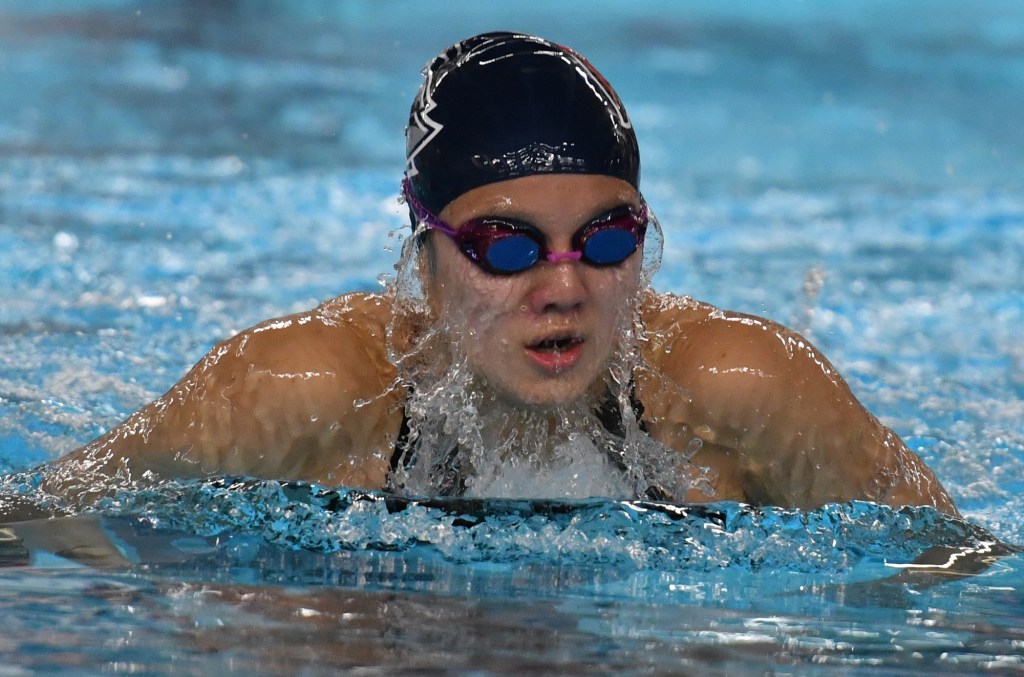 The senior has remained undefeated this season, winning the Middlesex League, the Northern Section and the Div. 2 state diving title. A two-time NISCA All-American diver, Chen-Fiske has qualified for the United States National Junior Diving Championship 13 times in the 1-meter, 3-meter and platform events. Chen-Fiske is a member of the National Honor Society and the Spanish Honor Society.

A Middlesex League All-Conference performer and two-time All-Star, the senior has won the 500-yard freestyle in both the North Section and the Division. 1 state tournament. Kaduson is also a member of the National Honor Society. She will continue her swimming career at Sacred Heart University.

Kalish went undefeated last season, setting school records in the 6 and 11 dives, Bay State Conference champion Kalish won the diving title in both the southern section and the division. 1 state tournament. A student on the Honor Roll with a GPA of 4.0, Kalish will dive at Dartmouth College.

The captain of the Moulson team was the Merrimack Valley Conference Div. 1 swimmer of the year, scoring the most points in league events. She was the Div. 1 state champion in the 200-yard and 500-yard freestyle events. A student with first class honors, Moulson plans to study environmental science. During the offseason, Moulson swims at Crimson Aquatics

The elder was undefeated in the 100-yard butterfly, winning the southern section and division. 1 state title. Smith was part of a 400-yard freestyle relay team that finished fourth in the Div. 1 states. Six-year-old college artist and former Boston Herald All-Scholastic, Smith is a member of the National Honor Society. Smith will swim at Middlebury College.

Trainor was the southern section and the Div. 1 state champion at 50 yards freestyle. She was also part of a record 200-yard medley and 400-yard freestyle relay team. His efforts helped the Flyers claim a fifth place finish in the Div. 1 championships. Trainor did not choose a college but plans to major in biology.

The second captured the Div. 2 titles 100 yards back and 200 yards freestyle in addition to having competed in a pair of winning relays (200 yards medley, 200 yards freestyle). Wieczorek has trained with Crimson Aquatics and Bradford Swim Club. As a decorated young swimmer, Wieczorek’s long-term goals are to swim in a division. 1 college.

The quartet of senior Julia Paradis, juniors Madison McAloon and Alexandra George and sophomore Julia Netishen took second place in the northern sections and then won the crown in the 200-yard freestyle relay at the Div. . 1 state meeting. McAloon competes in the 50 and 100-meter freestyle, while Netishen swims in the 50-meter freestyle. Paradis was sixth in 100 butterfly yards and 200 medley yards and George competed in 50 yards, 100 yards and 200 free yards.

The quartet of Hannah Wieczorek, Diya Ackerman-Vallala, Malia Amuan, Alexandra Shea captured the Div. 2 state titles at 200 QN and 200 relays. Wieczorek, Ackerman-Vallala and Amaun have all won individual state titles, while Shea will be back for his final year after performing well in the 50-yard freestyle.