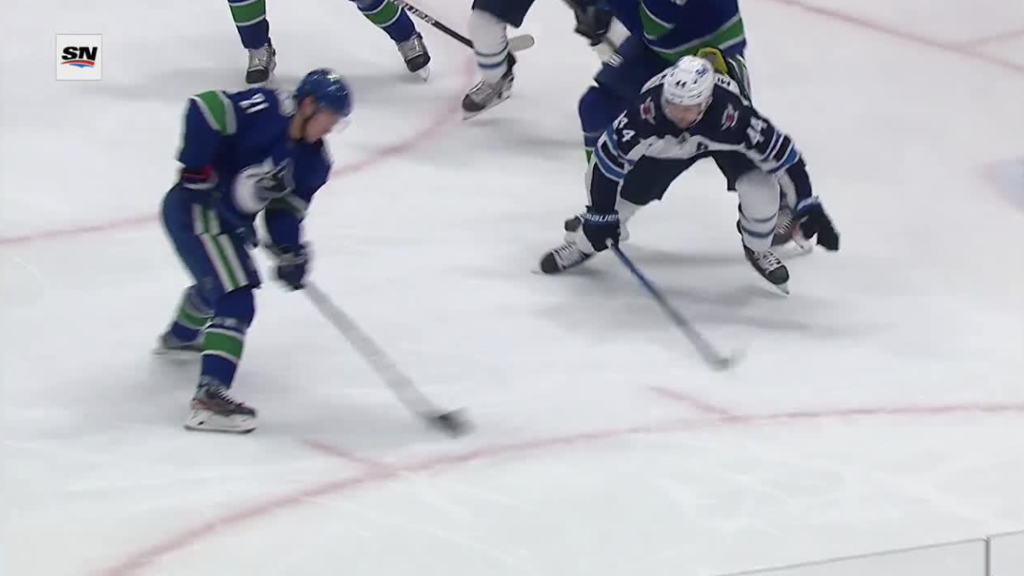 VANCOUVER – The Vancouver Canucks won their third straight game with new coach Bruce Boudreau, 4-3 in a shootout against the Winnipeg Jets at Rogers Arena on Friday.

Nils hoglander scored two goals and Thatcher Demko made 34 saves for the Canucks (11-15-2), who have won three in a row for the first time this season.

Elias pettersson scored the only goal in the shootout for Vancouver, which has won five of its last six games. The Canucks were 1-8-1 in the previous 10 games and fired coach Travis Green on Sunday.

Blake wheeler and Kyle connor each had a goal and two assists, and Eric Comrie made 33 saves in his first start since Nov. 19 for the Jets (13-9-5), who had won three of four.

Wheeler left at 8:44 of the third period after his right knee flexed in a collision with a teammate Nathan Beaulieu in a shorthanded scrum atop the Jets fold.

Hoglander went 1-0 and ended a 12-game drought at 6:29 of the first period with a movement between the legs in the lunge and a high backhand.

Hoglander made it 2-1 at 7:40 pm on a rushed shot from the top of the left face-off circle that slipped out of Comrie’s glove.

Know Your Madisonian: Kelli Thompson Talks About Criminal Justice And Works In A Play Like Her Father | Local news