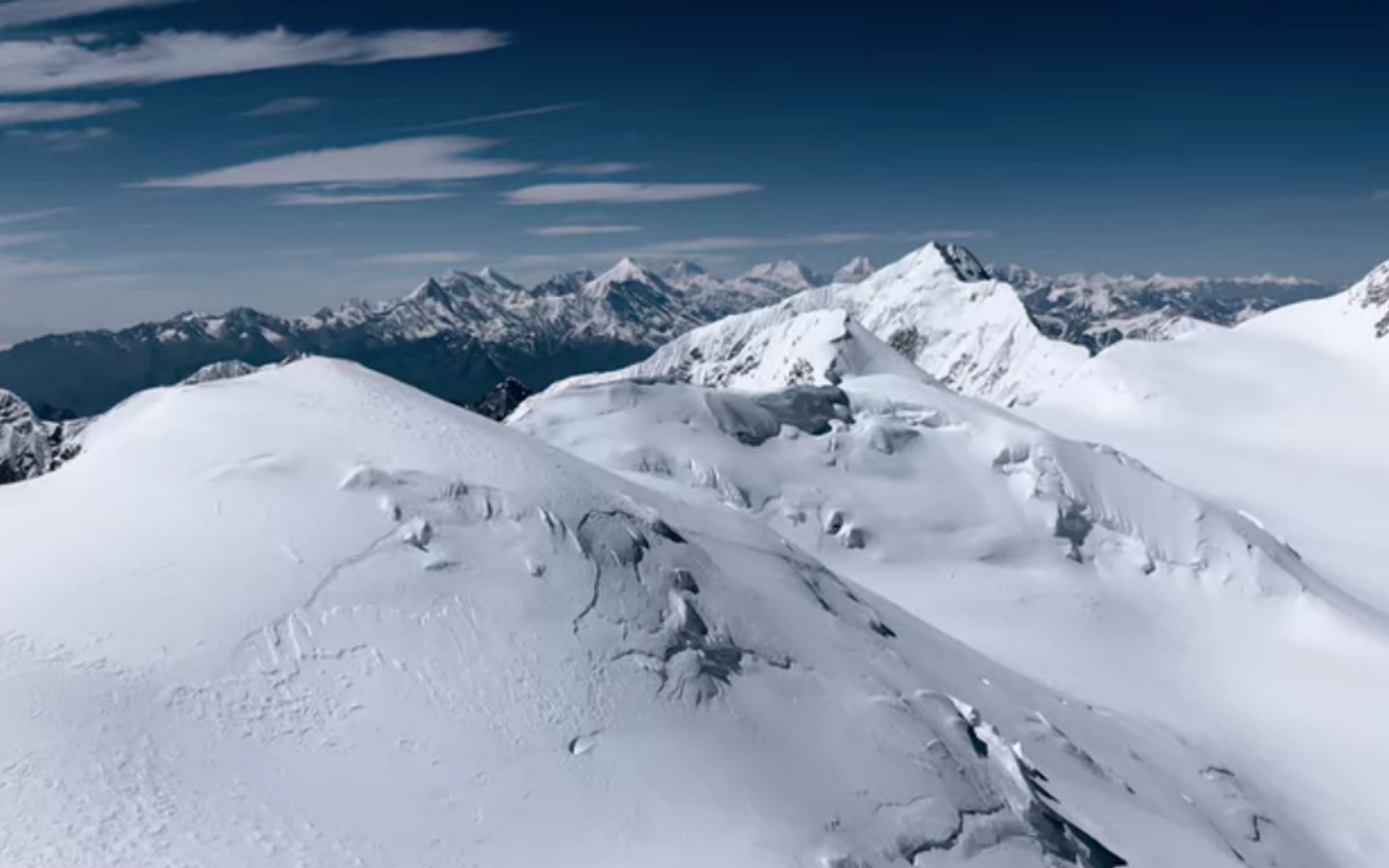 14 summits: nothing is impossible is the latest documentary released by Netflix that traces the journey of intrepid and determined Nepalese climber, Nirmal ‘Nims’ Purja, who intended to climb the 14 peaks of the world, rising above 8,000 meters, in seven month. His achievements will allow him to break the world record which lasted seven years.

14 summits: nothing is impossible streams exclusively on Netflix from today.

Synopsis of “14 Peaks: Nothing is impossible”

The mountaineering world has been shaken by Nirmal Purja and the feat he achieved in 2019. As the whole world questioned his project and declared it an impossible task, Purja named his mission â€œProject Possibleâ€.

14 summits: nothing is impossible is a documentary film directed by director Torquil Jones, who is also the screenwriter. It stars Nirmal Purja as himself, telling his story and documenting his rise. He is joined in this endeavor by his wife Suchi, his teammates and other well-known personalities in the mountaineering community.

Purja was a member of the Gurkha Division of the British Armed Forces before enlisting in the Special Boat Service. He did not always nourish the dream of climbing high mountains.

It wasn’t until 2012, on an expedition to Everest Base Camp, that he realized this was something he was born to be. With this came the realization of his special gift.

The famous mountaineer never got tired while climbing, and according to him, it is only in the mountain death zone that he comes to life. Suffice to say that he had fallen in love with the mountain.

A man with a purpose and a plan, Purja is unafraid and never backs down from risks. Endowed with a benevolent and indomitable will, he wanted to accomplish the feat for the entire Nepalese community and for the Nepalese climbers who have never been in the spotlight.

As Purja was not a well-known climber, he received criticism and doubts from everyone. However, he had already drafted his Possible Project and believed in his plan wholeheartedly. With the support of his family and his team, he embarked on a perilous but rewarding endeavor.

Purja’s plan was to climb the mountains in three phases. He divided his mission into three parts: Nepal, Pakistan and China. He started his journey in the Annapurna Mountains and after six months of adventure, climbed his last peak, the Shishapangma.

14 summits: nothing is impossible explores the difficulties he faced, the strategies he had to adopt and his decisions that would lead the team to life or death. Throughout the perilous journey, the mountaineer kept his faith and made sure to galvanize his team as well.

Inspiring many along the way, he provided moral and physical support to those he rescued in the mountains.

Why watch the docu-film

14 summits: nothing is impossible tells an inspiring story about how Nirmal Purja achieved the impossible and the struggles he had to face. From surviving regular avalanches to confronting HACE (High Altitude Brain Edema), he led his team to victory through careful decisions and unwavering conviction.

Actual images were used to show the trip, as well as crisp aerial shots of the mountains which accentuated the beauty of the story. Interestingly, animation was also used to show crucial incidents that were not documented during the climb.

14 summits: nothing is impossible also looks back on Nims’ past, his childhood and his family. In addition, he documents his preparations for this trip, with videos of interviews with his wife, Suchi, and other expert mountaineers.

What is very striking is that Purja does not dominate the whole documentary. 14 summits: nothing is impossible also highlights his loyal teammates who have been by his side throughout this irritating journey. Nims made sure they got the money and the publicity they deserve in an attempt to topple the dangerous peaks.

At the very beginning of the documentary, Nims admits that his quest was dedicated to the Nepalese community which has never received the credit it is owed. It is an ode to them to always be at the forefront of any climbing expedition and to carry out rescue missions as well as guide climbers. Thanks to this documentary, Purja managed to achieve this goal.

Catch Nirmal Purja and his team trying to achieve the impossible in 14 summits: nothing is impossible, now streaming on Netflix.

Edited by Sijo Samuel Paul
Log in to reply