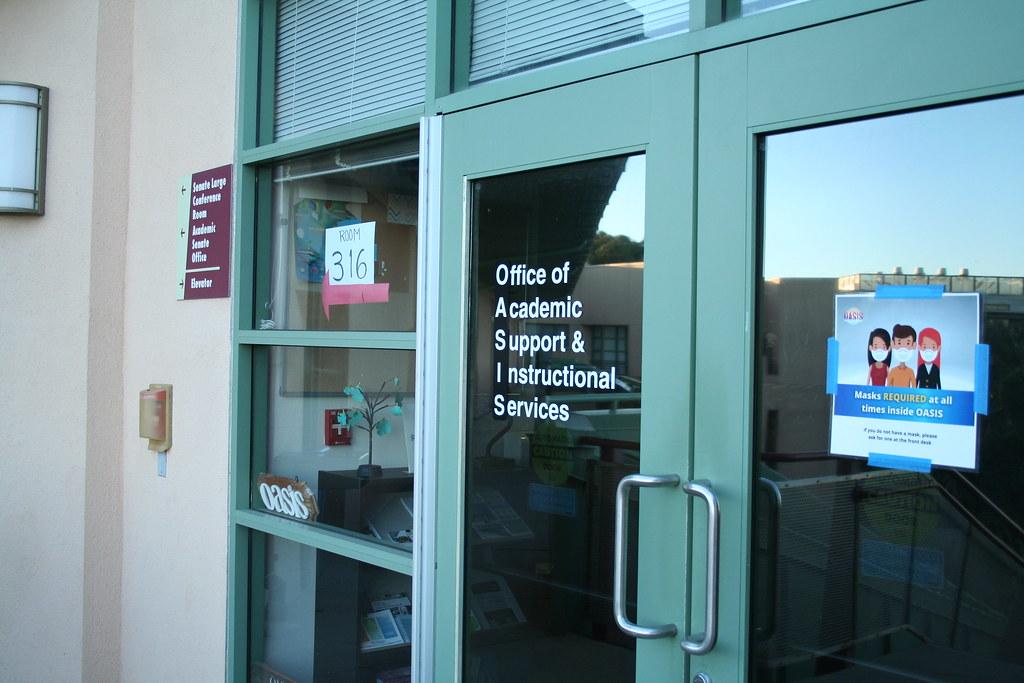 In the spring of 2013, the Underground Scholars Initiative was established at UC Berkeley as a student-led organization, led by students previously incarcerated and impacted by the system. As a result, similar organizations were created in other universities in UC.

The Underground Scholars Initiative chapter at UC San Diego was formed in the fall of 2019, co-founded by Bobby Edwards and Jose Lumbreras.

The first event, â€œEducation, Not Incarcerationâ€, took place right after the group was formed in collaboration with Students Against Mass Incarceration (SAMI) and the featured film â€œFrom Incarceration to Education (FITE) “. The screening was followed by a panel discussion with formerly incarcerated UCSD students.

On November 16, the USI held the last meeting of the quarter. This fall, USI began its partnership with Tutors for Juvenile Hall Initiative (TJHI). In this partnership program, USI plans to visit local youth and young mentors to create meaningful connections with higher education students.

Beyond hosting several in-person workshops, USI hosted several zoom meetings with state and federal officials to discuss budget allocation. The ICU intends to organize a workshop on a fresh start to deal with the criminal records of those previously incarcerated.

Starting in the winter of 2022, a cross-enrollment program will be launched to invite students from community colleges affected by justice to take courses at UCSD.

“We are trying to establish contacts with local community colleges and state colleges to encourage them to form relationships in order to help transfer students to be accepted to UCSD and to create a kind of network there,” said Bobby Edwards, a graduate student in the history department.

During the COVID-19 pandemic, the ICU attempted to create a minor prison studies program. However, this minor settlement process did not work successfully due to the limited interests displayed in the undergraduate community.

â€œBut the footwork is always productive. We contacted many community groups and kind of strengthened our network. They promote education programs in prison in the region and other community partners, non-profit, etc. Said Edwards.

Last year, USI partnered with the Office of Academic Support & Instructional Services (OASIS) to establish the Triton Underground Scholars (TUS) program at the end of the summer, with the goal of creating a receptive culture and a support system for former incarcerated and affected by the system. students at UCSD.

Jose Lumbreras, Sara Solorzano and Elizabeth Hall, as part of the initiative, are the first three student staff in the TUS program.

With the resources provided by the OASIS Resource Hub, the progress of the transfer is a high priority for TUS.

The overall application process was introduced by Sara Solorzano, an Eleanor Roosevelt College student majoring in International Studies with a specialization in Sociology, and who is also the Outreach Coordinator for TUS.

â€œLiz connects us with different professors on campus with admission – we have someone in admissions who helps us and helps us with housing,â€ Solorzano said. “We bring the writing tutors from UC San Diego to those I do outreach with – all of the community college students who fill out the applications.”

A decent number of program coordinators are former incarcerated individuals who are successful beyond the stigma.

â€œI feel like it’s a relief to be able to talk about that personal aspect and to have a program to help you. [The USI community] does not judge you on your past or disqualify you for any reason, [just] because they don’t know the whole story, â€Solorzano said.

Solorzano also shared his personal experience of the ICU. Inspired by her older brother at UC Berkeley, she decided to get involved in the ICU at UCSD:

â€œI was in community college – I’m a transfer student and never spoke to any counselors or other students in my past,â€ Solorzano said. “And [in the USI group] there is no judgment, and [people here] just like what we can do to go out and help others.

â€œWe weren’t just in terms of similar students producing knowledge and contributing to the educational environment,â€ added Edwards. “Certain knowledge, understandings and experiences of the world which are a positive contribution to the production of knowledge [and] to the university community in general.

â€œOrganizationally, this is an undergraduate group, but it really is a community for everyone. This problem has permeated all aspects of our society, and no family is taken out of this systemâ€¦ We are all valuable human beings, and we just need to be nurtured in a way that will inspire the light to shine. in this group, â€said Colleen Murphy, a student at Earl Warren College, ICU president at UCSD.

The TUS office officially established its offices at the start of the fall term. According to Murphy, several members of the group started out as full-time employees to work and devote themselves to TUS.

The goal, emphasized by Solorzano, is to create that space at the university which does not judge but which understands, welcomes and allows others to pursue their higher education and realize their dreams.

At least 3 municipalities in Quad-Cities have been victims of cyberattacks. Experts say they are common, but can be avoided. | Local News