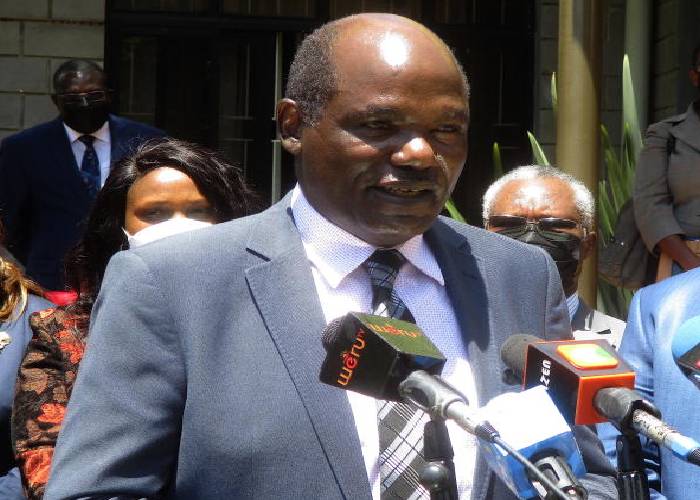 In a statement sent to media on Friday, IEBC chairman Wafula Chebukati expressed concerns about the early campaigns, some of which have turned violent, warning that they could disrupt the political environment as the campaigns approach. general election of 2022.

“The Commission noted with concern the sustained campaigns of certain political parties and candidates outside the legally prescribed period. Some of the campaigns were characterized by blatant acts of violence, ”the statement read.

Chebukati told politicians to stop the first sustained campaigns until he declares the campaigns to start.

The commission said it was within its powers to regulate campaigns by publishing the notice of general election to mark the start of the election period.

According to Chebukati, the commission has drawn up the general election calendars which are adopted in the electoral operations plan (EOP) with an outline of the dates and days for each electoral activity.

Chebukati urged all stakeholders in the electoral process to maintain a peaceful political environment conducive to secure and credible elections.

Despite the 2022 general election nine months away, the main presidential candidates and various contenders are crisscrossing the country to sell their program.

ODM chief Raila Odinga was in Coast on a three-day trip to sell his Azimio La Ummoja before meeting women in Nairobi on Thursday.

Raila addressed a delegation of women who had gathered at the Catholic University and will begin another trip to Trans Nzoia County on Saturday to sell their program.

A leader of the Kenya Alliance (OKA) campaigned in Kitengela last weekend.