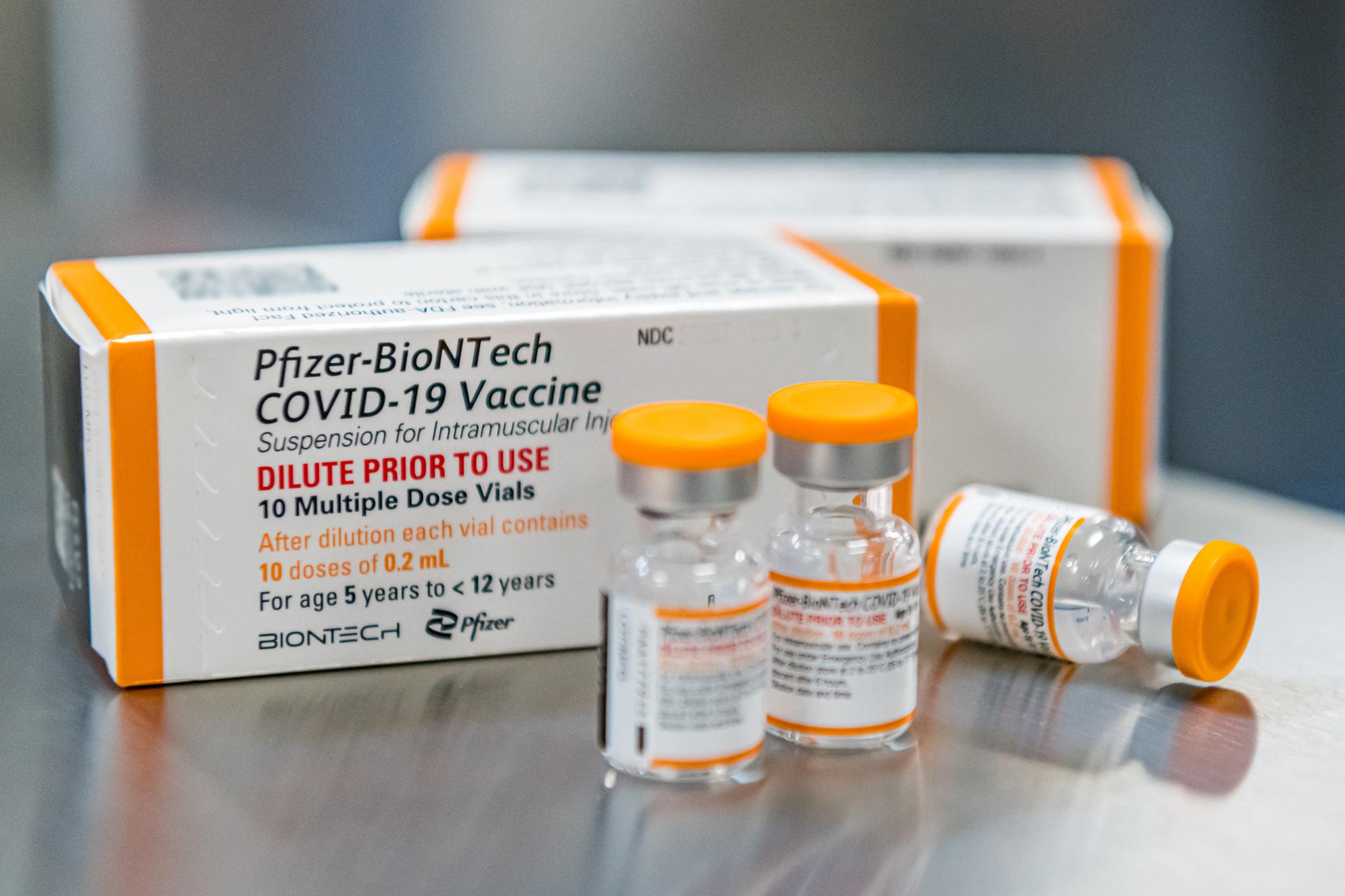 The United States enters a new phase of its COVID-19 vaccination campaign on Wednesday, with vaccines now available for millions of primary-age children in what health officials have hailed as a major breakthrough after more than 18 months of illness, hospitalizations, death and interrupted education.

With the federal government promising enough vaccines to protect the nation’s 28 million children aged 5 to 11, pediatricians’ offices, pharmacies, hospitals, schools and health clinics were about to start injections after the last OK Tuesday night.

â€œIt won’t be ‘The Hunger Games’,â€ said Dr Allison Arwady, Chicago’s public health commissioner, referring to the chaotic and early launch of adult vaccines almost a year ago. Chicago expected to have almost enough vaccine in just the first week for almost half of its 210,000 school-aged children, and many more doses later.

â€œOur goal is to be ready, to have a calm deployment,â€ Arwady said.

Child-sized doses of the Pfizer-BioNTech vaccine broke two final hurdles on Tuesday – a recommendation from CDC advisers followed by a go-ahead from Dr. Rochelle Walensky, director of the Centers for Disease Control and Prevention.

The actions mean sleepovers, games and family reunions postponed for more than a year will be back on the agenda for many children, with a chance of fewer school interruptions.

â€œThere are second-graders who never had a normal school year,â€ Walensky said. â€œPediatric immunization has the power to help us change all of that. “

Thousands of pediatricians have pre-ordered doses, and Pfizer began shipments shortly after the Food and Drug Administration’s decision on Friday to allow emergency use. Pfizer said it expects to make 19,000 shipments totaling about 11 million doses over the next few days, with millions more available to order each week.

The vaccine – one-third the dose given to older children and adults and given with child-sized needles – requires two doses three weeks apart, plus an additional two weeks for full protection. This means that children who get vaccinated before Thanksgiving will be covered by Christmas.

“This is a milestone for children ages 5 to 11 as they make up almost 40% of children under 18,” said Dr Jennifer Shu, pediatrician in Decatur, Ga., Who received her first shipment. Tuesday morning.

“The time before the winter break is very lucky,” she added. “This age group will be able to vacation with friends and family more safely than they have been able to since the start of the pandemic.”

Kathy Zordan, 44, an insurance auditor in Morton Grove, Ill., Said she was “super excited” for her kindergarten child, Liam, 5.

“He goes to school, he is among hundreds of other children every day and I want him to have this protection,” Zordan added.

Many places have planned mass vaccination events in the coming days. And while many pediatrician offices expected strong demand at least initially, nearly two-thirds of parents recently surveyed by the Kaiser Family Foundation said they would wait or not seek vaccines for their children.

Hannah Hause, a Colorado mother of four ages 2, 5, 7 and 8, is among those in no rush. She is vaccinated but wants more time to see how childhood vaccines play out and are being studied in the larger child population.

â€œIt is not studied for the long term. It just makes me nervous because it’s everyone, â€she said of her kids.

Government officials have said pediatricians and family doctors, on whom parents depend to administer routine immunizations to children, could help build confidence.

Dr Ada Stewart, a black family doctor in Columbia, South Carolina, works at an underserved patient clinic that administered COVID-19 injections to grandparents, parents and teenagers and said she was ready to add young children to the mix. She has seen the toll the virus has taken on them – not just in family illnesses and deaths, but in school disruptions, declining grades and mental strain.

School closures throughout the pandemic have taken a disproportionate burden on children of color, widening educational gaps and worsening mental health, according to data presented to CDC advisers on Tuesday. This data showed more than 2,000 school closures linked to COVID in the first two months of the current school year. Advocates say getting school-aged children vaccinated will reduce the disruption.

But Stewart believes demand for children’s pictures will be mixed.

“Because many of my patients are black, native and colored, I have seen the whole spectrum” from parents keen to have their children vaccinated to those who are more hesitant “due to a history of mistrust of the community medical, ” said Stewart, past president of the American Academy of Family Physicians.

Her message to both is the same: â€œVaccines work, they are safe, they are effective and they save lives,â€ she said. â€œThe more people we can get vaccinated, including our children, the sooner we can get out of this pandemic. “

A Pfizer study of 2,268 children found the vaccine to be nearly 91% effective in preventing symptomatic COVID-19 infections. The FDA examined 3,100 vaccinated children and concluded that the injections were safe.

Some skeptics have questioned the need for children to be vaccinated because they are less likely than adults to develop severe COVID-19. But with the delta variant, they get infected and transmit “just as easily as adults,” Dr Anthony Fauci said in a recent White House briefing.

Since the start of the pandemic, at least 94 children aged 5 to 11 have died from COVID-19, more than 8,300 have been hospitalized and more than 5,000 have developed severe inflammatory disease linked to the coronavirus. Black and Latino youth and those with chronic illnesses are among the hardest hit.

But while some health officials say minorities should be over-represented in COVID-19 vaccine studies because they are disproportionately affected by the virus, nearly 80% of the children in Pfizer’s study were white. Black youth totaled 6%, Latinos 21%, Asians 6%, and less than 1% were Native Americans or natives of Alaska or Hawaii.

Lindsay Whelan, a nurse administrator who helped plan the rollout of vaccines for children at children’s physician clinics in the Omaha, Nebraska area, said being part of the first COVID-19 vaccination program of the country “makes us proud”.

With this new series of vaccines, only one of her six boys will remain unvaccinated, her 4-year-old child. Pfizer and Moderna are studying injections in children this age and younger, and Pfizer said its results could arrive before the end of the year.

The shots are important “to protect them all, bring everyone back to normal and provide protection for the community,” Whelan said.

The Associated Press Department of Health and Science receives Support from the Department of Science Education, Howard Hughes Medical Institute. The AP is solely responsible for all content.