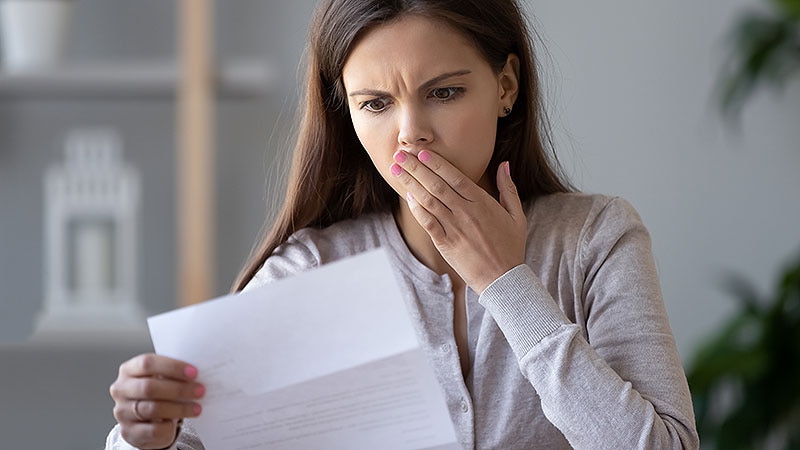 A new rule on surprise medical bills has drawn strong criticism from medical and hospital groups for its tilt in favor of using previously established payment rates as a benchmark, but organizations representing insurers, consumers and large employers have welcomed this approach.


The Department of Health and Human Services (HHS) joined other federal agencies on Thursday to release the third in a series of rules on surprise medical bills. They had previously proposed a rule that would make it easier to collect data on the air ambulance industry and a rule on protecting consumers from surprise billing. The rules, which would ensure consumers are protected from most surprise bills, would go into effect Jan.1, 2022, HHS said.

The battles will be concentrated in fights between insurers and doctors.

Thursday’s rule focuses on perhaps the most controversial issue of surprise billing, the question of how much health plans should pay for services provided by clinicians and hospitals outside their networks. The American Medical Association (AMA) in a statement called the rule an “undeserved giveaway to the insurance industry that will reduce health care options for patients.”

In contrast, US Medicare Plans (AHIP) described the rule as signaling “a strong commitment to consumer affordability and reduced health care spending.”

The new rule stems from a mandate to deal with surprise medical billing that Congress added to a December 2020 spending schedule.

Federal lawmakers want to protect consumers who have paid for health insurance against large and unexpected expenses for off-grid medical care. Often, this care is provided in an emergency. Congress ultimately left the responsibility of federal agencies to make some of the tough decisions about creating and enforcing this new mandate against surprise medical bills.

“Predictable results” or negotiations at stake?

The new rule that was unveiled on Thursday gives great weight to the agreements insurers already have in place with hospitals and clinicians.

A key benchmark for payment disputes is the Qualifying Payment Amount (QPA), which is indexed to median contract rates. In the dispute resolution process described in the rule, there is a presumption that APQ is the appropriate off-grid tariff. The rule allows exceptions where the independent mediation body responsible for resolving payment disputes has “credible information” as to why the APQ is materially different from the appropriate off-grid rate.

This approach “encourages predictable outcomes,” which would likely reduce the number of disputes that go through the resolution process while “providing fair and clear standards” for cases to appropriately deviate from the QPA, said the HHS in the rule.

HHS was joined in issuing the rule by the Treasury and Labor departments and the Office of Personnel Management.

“This is the right approach to encourage hospitals, healthcare providers and health insurance providers to work together and negotiate in good faith,” said Matt Eyles, President and CEO of AHIP , in a press release. “It will also ensure that arbitration does not result in unnecessary premium increases for hard-working American businesses and families.”

But AMA argued that this approach will exacerbate existing problems caused by increased consolidation between health plans, to the detriment of doctors.

“This ignores the role of the insurance industry in creating the surprise billing problem at the expense of independent medical practices whose ability to negotiate supplier network contracts continues to erode,” the president said. AMA, Gerald A. Harmon, MD, in a statement.

In making this case, AMA noted the recent publication of the annual edition of Competition in Medicare: An In-Depth Study of US Markets. This study found that “a surprising” 73% of the country’s insurer markets can be classified as “highly concentrated,” WADA said. Insurers with little competition can increase costs to consumers through higher premiums while reducing their practitioner networks, the AMA said. The organization described this as “a root cause of the surprise medical billing problem.”

“Congress appreciated the negative consequences of national pricing for health services and devoted considerable time and effort to developing an independent and robust dispute resolution process,” unlike that described in the new rule, Harmon said.

Harmon stressed the need for “accessible and impartial dispute resolution” as a “safety net against even greater abuse by insurers”.

HHS and its partners have released this plan as an interim final rule, which means they intend to bring it into effect with little to no changes. WADA urged the Biden administration to delay implementation of the rule.

“It inserts a standard government pricing system that arbitrarily favors insurers,” Khan said. It “essentially puts an inch on the scale to benefit insurers over providers and will reduce patient access over time.”

Families USA, which describes itself as a non-partisan consumer advocacy group, praised the approach outlined in the rule.

“Arbitration should be a last resort for payment disputes, with evidence showing that it consistently favors providers over payers, resulting in higher costs and worse choices for those seeking care,” said Jane Sheehan, director of federal relations for Families USA, in a statement. “In cases where arbitration is to take place, the amount an insurer typically charges for similar network services in the same area should be the primary decision-making factor and should be clearly defined by regulators from the outset.”

The ERISA Industry Committee (ERIC), an association that represents the views of large employers on benefits issues, also supports the rule. In a statement, James Gelfand, executive vice president of public affairs at ERIC, said the rule should limit the scope of arbitration and costs so that healthcare dollars are not wasted on administrative costs.

Arbitrage “will be based on rates determined by the market and determined by negotiation,” Gelfand said. “If a supplier demands higher off-grid rates than those agreed to by other suppliers in that market, it is up to them to justify it. “

Kerry Dooley Young is a freelance journalist based in Washington, DC. She is the Senior Subject Manager for Patient Safety Issues for the Association of Health Care Journalists. Young earlier covered health policy and the federal budget for Congressional Quarterly / CQ Roll Call and the pharmaceutical industry and the Food and Drug Administration for Bloomberg. Follow her on Twitter at @kdooleyyoung.