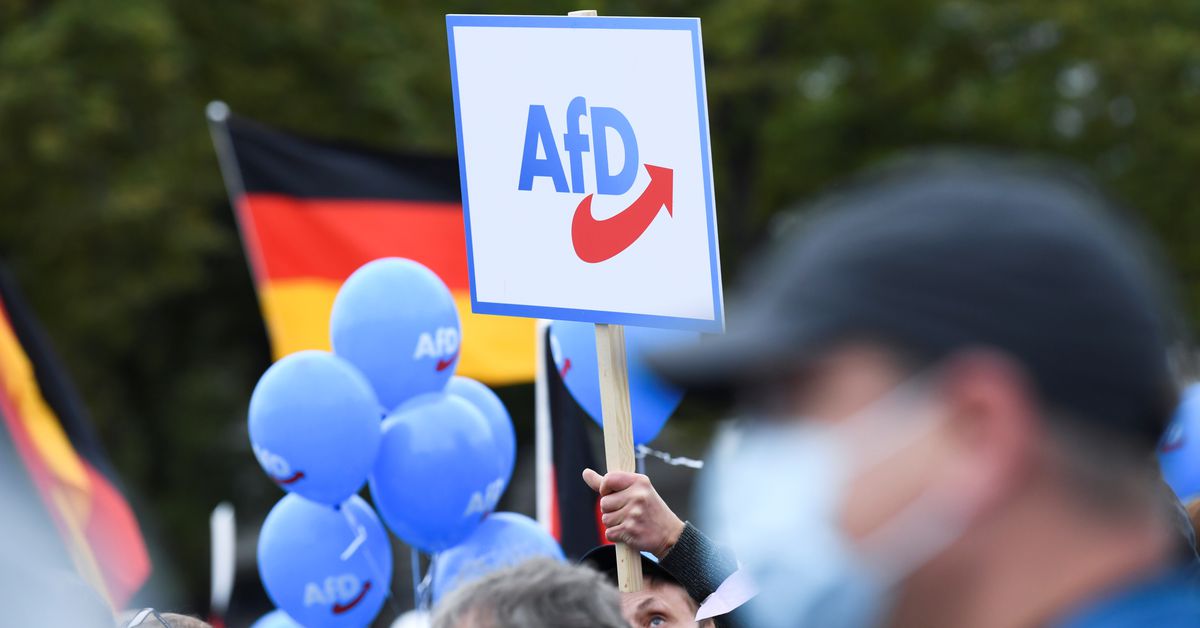 BERLIN, September 25 (Reuters) – Pranksters masquerading as a delivery service have won a contract with the far-right Alternative for Germany (AfD) to distribute one million campaign leaflets – instead of returning leaflets to party offices two days before Sunday’s elections.

The AfD, whose polls show around 11% support, said the “fraudulent operation” appeared to have been carried out by members of a Berlin-based art group called the Center for Political Beauty.

“Leaflets are now unnecessary for our campaign,” AfD co-chief Tino Chrupalla said in a statement. “This is precisely the objective of those who are at the origin of this operation (…) They are intentionally trying to harm the AfD during the elections.”

The Center for Political Beauty did not immediately respond to an email request for comment.

Four years ago, the arts group built a simplified version of the Holocaust memorial in Berlin near the home of an AfD politician who sparked outrage by suggesting that history books should be more focused on German victims of WWII.

The AfD entered the German parliament in 2017, relying on voters unhappy with Chancellor Angela Merkel’s decision in 2015 to welcome nearly one million asylum seekers, mostly from Syria, Iraq and Afghanistan.

Merkel’s conservatives are almost neck and neck in the polls with the center-left Social Democrats, who have a narrow lead. Read more

The AfD, which is ostracized by all political parties, denies having racist views.