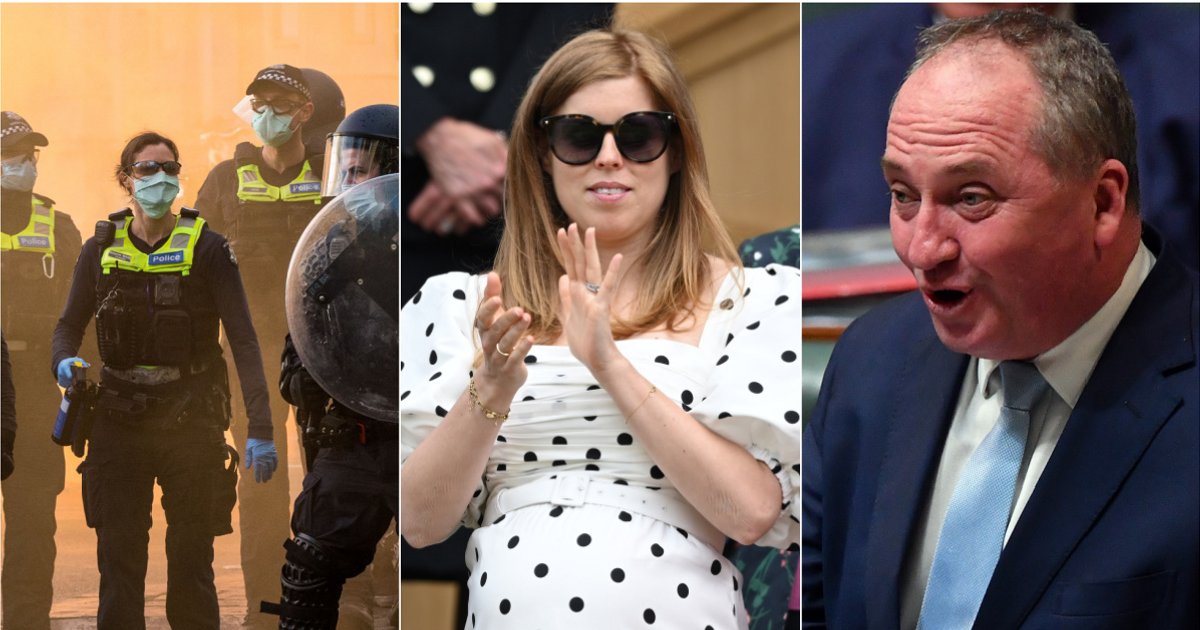 Meanwhile, the NSW-Queensland border bubble threatens to burst just a week after his recovery, with the revelation that a case of COVID-19 was contagious in several communities in northern NSW for two days.

The local health district of North New South Wales on Monday evening confirmed a case – which is not a local – flew from Sydney to Ballina on Virgin VA flight 1141 on Saturday morning and was contagious in areas of Byron, Ballina and Tweed until their positive test result Monday.

All passengers and crew aboard the flight are contacted by NSW Health and will need to get tested and self-isolate.

A lockdown is almost certain for the region, with stay-at-home orders reinstated for several other regional towns in NSW after cases were diagnosed.

The town of Cowra in western New South Wales was forced into lockdown on Monday when a nine-year-old schoolboy tested positive for the virus.

It follows the local government areas of Albury, Lismore, Glen Innes and Hilltops.

On Monday, NSW reported less than 1,000 new infections for the first time in nearly a month with 935 new cases. Four deaths were also recorded – two people in their 60s and two in their 60s – bringing the toll for NSW’s current outbreak to 245.

Epidemic areas must continue to crush the virus.

Australia will need to maintain home checks in areas affected by coronavirus outbreaks while double-dose vaccination coverage is between 70 and 80%.

This is the Doherty Institute’s updated modeling recommendation that underpins a nationwide reopening plan to cautiously exit major lockdowns.

While the first advice provided to governments compared seeded epidemics to 30 cases, it now takes into account scenarios with hundreds and thousands of cases.

The institute’s director of epidemiology, Jodie McVernon, said the conclusions on the 70 and 80 percent vaccine targets remained strong in the updated model.