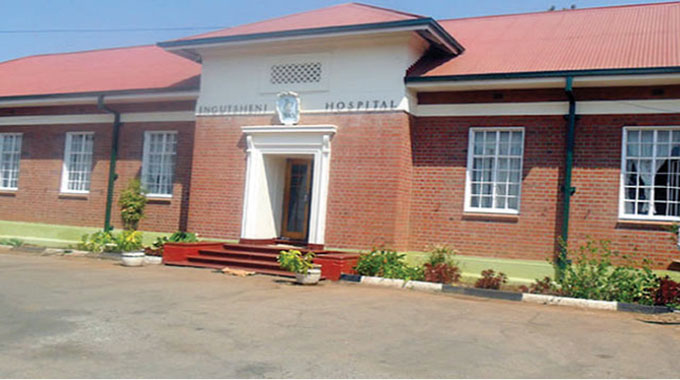 The GOVERNMENT is in the process of identifying and upgrading existing mental health facilities so that they can admit drug addicted patients as part of efforts to address youth drug addiction.

In her post Cabinet briefing on Tuesday, Information, Advertising and Broadcasting Services Minister Monica Mutsvangwa said that a psychiatric hospital dedicated to children would also be set up in each province.

“Following the establishment of the Interdepartmental Committee on Combating the Threat of Drug Addiction among Young People, the Cabinet reviewed and approved the report presented by the Minister of Public Service, Labor and Social Protection, the Hon. P. Mavima as chairman of the interministerial committee.

“The Cabinet wishes to inform the public that in the short term the following actions are being taken to address the scourge of drug addiction, among others: operationalizing the Zimbabwe National Drugs Master Plan (ZNDMP 2020 to 2025) and treatment guidelines and Alcohol and Drug Rehabilitation in Zimbabwe (TRGASUD ZIM) and identifying and upgrading existing mental health facilities that can admit affected children, youth and adults, including a dedicated children’s psychiatric hospital in each province until they recover, ”she said.

She has adopted a multidisciplinary and multisectoral approach to stop drug addiction among young people. Minister Mutsvangwa said the measures included intensifying prevention, harm reduction, treatment, rehabilitation, demand reduction and eliminating the supply and availability of illicit substances and drugs and over-the-counter in the market.

“The Cabinet noted with satisfaction the swift response of the country’s security forces which resulted in the arrest of more than 200 perpetrators involved in the illicit substance trade and drug lords. These will face all the wrath of the law, ”she said.

Minister Mutsvangwa said that the medium-term strategies to be implemented include the review of the national policy on drug and substance abuse and the amendment to the law on dangerous drugs which is up to date with the current abuse of illicit drugs in the country to increase sanctions on drugs and substances. conviction for abuse.

She said a national drug addiction call center will be set up, which will provide online psychosocial support and related information.

Minister Mutsvangwa said that family support structures and facilities to address the negative impacts of drug addiction and drug addiction on the immediate and extended family, for example, family clubs, churches and faith-based organizations will be put in place. square. She said all local authorities need to revive and expand the offer of youth clubs and other positive recreational facilities.

“In the long term, the Integrated Skills Awareness Program (ISOP) which is led by the Ministry of Higher and Tertiary Education, Innovation, Scientific and Technological Development will be strengthened, while the public is invited to draw party of non-formal education. program under the Ministry of Primary and Secondary Education.

“In addition, a study to establish the extent of drug use and abuse among young people as well as to identify the causes of the problem in order to propose specific interventions will also make it possible to research, document and disseminate information on drugs and related issues in Zimbabwe, ”she said.