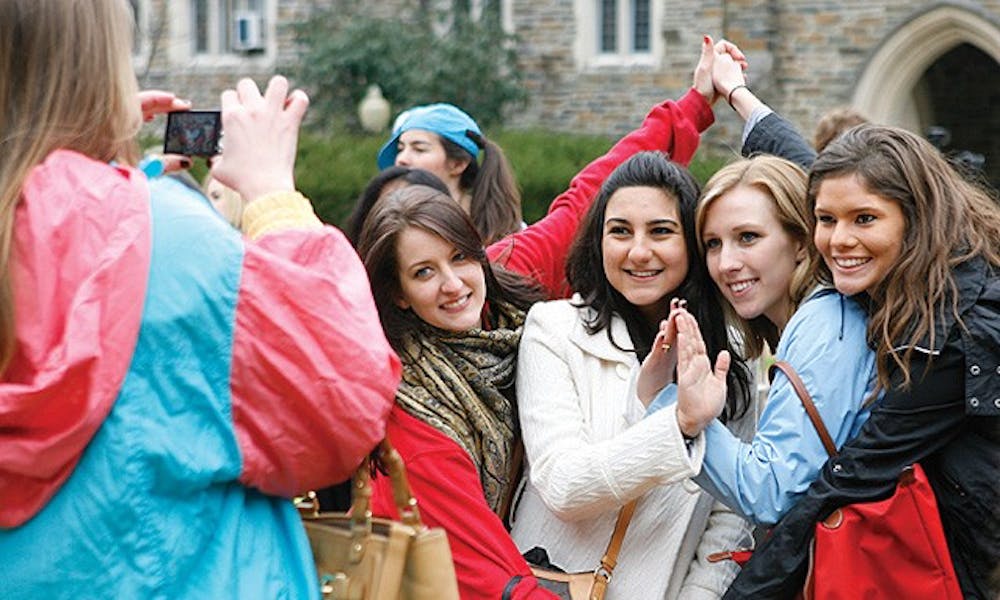 With around a third of Duke’s undergraduate population involved in Greek life, sororities and fraternities have long been an important part of Duke. Students wishing to be a part of the action must go through the emergency process, consisting of many activities and events, until they finally receive an offer to join an organization.

Pan-Hellenic recruiting will be completely virtual and will take place from September 9 to 12 and September 17 to 19. Recruitment for the Duke Interfraternity Council will be a hybrid of in-person and virtual events, which began on Wednesday and will end on September 14.

Events with more than 50 attendees must be outdoor or virtual, per Duke’s new policy announced on August 30.

The Pan-Hellenic National Council, which brings together historically black sororities and fraternities, and Greek Multicultural Council organizations will follow similar guidelines and recommendations, according to Shruti Desai, associate vice president of student affairs for campus life.

“Student Leadership Office staff work closely with all recognized fellowship and sisterhood chapters on planning their events, related to admission / recruiting and others,” Desai added.

While some students are thrilled to join a community, others are wary of some of the important features of Greek life.

Sophomore Zoe Ali plans to rush out to test the waters and see what the experience would entail.

“I’m really weary of some of the inadvertent classist habits that there have been in previous years, so as someone who fully funds their own college experience, this is definitely a caveat that I have,” he said. Ali said.

Sophomore Rhiannon Eplett also enters the rush process with trepidation. Eplett cites his concern as an acknowledgment that “the outcome is almost entirely out of my control.”

As a potential new member with no family ties to Greek life, Eplett is curious about the process and realizes that “rushing a sorority or really any kind of SLG is a once in a lifetime opportunity. There will never be another time in our lives when you get the chance to join that guy or that organization where their focus is almost entirely social.

“After a really isolated and difficult year I’m still looking for a really developed sense of community on campus without wondering if I belong or not, a whole bunch of new friendships and a pre-curated social calendar . Said Eplet. “And if I don’t see myself finding these things by the end of the next two weekends with one of the chapters on campus, then I’ll miss out on committing.”

The early years, who are not eligible to participate in Selective Life Group Recruitment under University policy, had a variety of opinions on the process.

Get The Chronicle delivered straight to your inbox

Subscribe to our weekly newsletter organized by an editorial. Cancel anytime.

Freshman Sydney Chen thinks sorority leaders are more to blame than sororities as a system for things like drinking.

“Drinking can be one of the [the problems], I think it’s up to the leaders to determine that, to regulate that. It is to them. They have to take responsibility, ”Chen said.

While Chen doesn’t plan on rushing sororities, she does believe there are pros and cons to Greek life.

“It’s the community that they bring,” Chen said. “But the rushed process can be a little depressing for those who don’t fit in.”

While some students view sororities as a positive way to build community on campus, organizations like Abolish Duke IFC and Panhel have criticized Greek life.

Chen disagrees with the idea of ​​abolishing Greek life in college and says Greek life creates communities for children who struggle to find friends.

Freshman Ashley Chaionn also found the goals of the Abolish movement “a bit too extreme” and felt they should be held up to higher standards of conduct.

Nonetheless, Ilagan says he finds it permissible to advocate for change, especially in terms of pandemic protocol.

“It’s an obvious fact that they were a hotspot for COVID,” Ilagan said. “It is still a current threat.”

Ilagan, however, says he still hopes to join a fraternity in the future and finds the sororities to be worth the experience.

“I think they can be wonderful organizations,” Ilagan said. “But of course they have problems.”

“I think [rushing processes] are good at meeting new people and being able to socialize with people with similar interests, ”said Chaionn. “At least for me, I’ve never been in a position where I was uncomfortable with anything.”

Chaionn also acknowledges that there are some problems with “more traditional sororities”.

“Especially since a lot of them tend to be geared towards excluding certain members of certain communities, I think that’s a big deal,” Chaionn said.

Voorhees College gets a high ranking