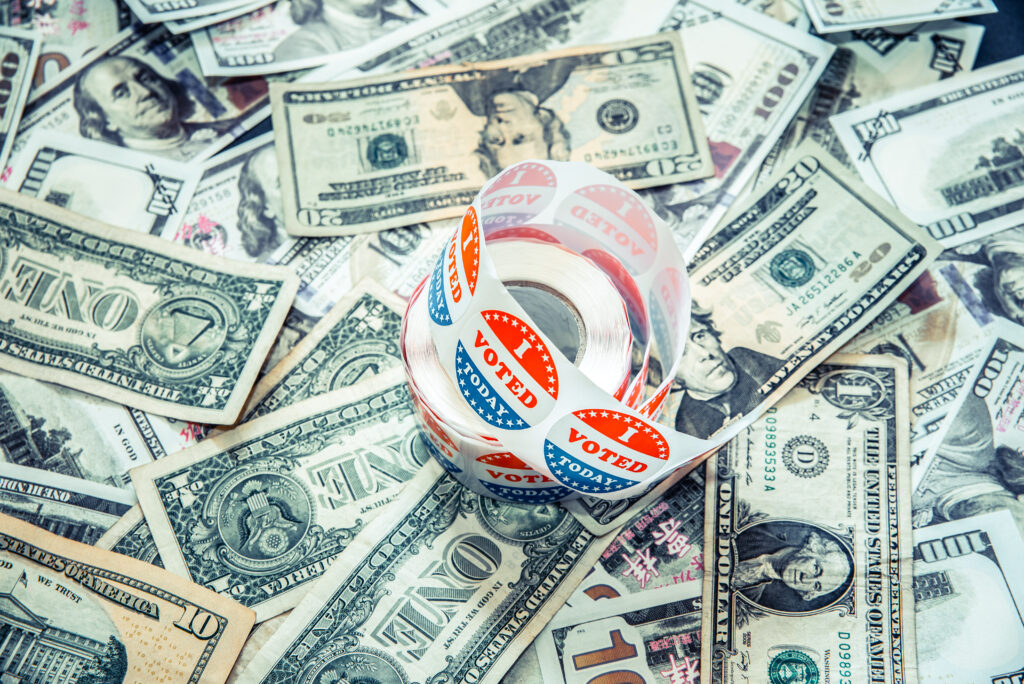 FILE PHOTO – I voted today stickers on a stack of US dollar bills, the concept of political election economics and democratic elections in the United States. Photo by Joaquin Corbalan

LOGAN – Logan’s mayoral candidates are not spending a lot of money on the upcoming municipal primary elections.

Voting in the county primaries on August 10 will eliminate one of those candidates, leaving the other two to compete in the municipal general election on November 2.

His report reveals that Daines is funding his campaign entirely out of his own pocket with four personal contributions totaling $ 3,600 since the end of March. His campaign expenses so far total $ 3,220.25.

Jones’ campaign brought in contributions totaling $ 1,008 from six supporters and a personal contribution from the candidate of $ 4,491. Campaign expenses so far are $ 5,499.

In contrast, Huber’s campaign does not bring in any contribution or expense.

Campaign expenses in non-partisan municipal primary elections are generally limited to traditional print / radio advertising and the production of signage for candidates.

Under Utah election laws, candidates for municipal office are required to report campaign contributions and expenses one week before the primary vote. Candidates who successfully exit the primary are required to file a similar report on October 26 and a final report one month after the general election.

According to County Clerk Jess Bradfield, only five of Cache County’s 19 communities will participate in the primary poll on August 10. In addition to Logan, these municipalities are Lewiston, North Logan, Smithfield and Trenton.

After the primary vote reduces the number of mayoral and city council candidates in those communities, the outcome of similar races in 14 of the other Cache County communities will be decided in the November 2 general election ballot.