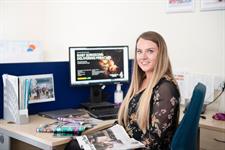 At St George’s, we are regularly asked to host or participate in documentaries. That’s a good problem to have, thanks to Channel 4’s 24 Hours A&E – we’ve been running since 2014 – and, more recently, Baby Surgeons: Delivering Miracles.

In my experience, the positives far outweigh the negatives, but it’s important to be selective about what you put forward; they require a huge resource of time, and that has to be good for the staff, the patients and the whole organization. It also needs to be more than just “being on TV”.

But you can also use the platform to inform and influence public opinion, win the hearts and minds of viewers, and raise awareness on important and often difficult topics.

That’s why, when Wonderhood Studios reached out to us to create a three-part Uterine Surgery Series led by our talented clinical teams, we quickly recognized the opportunities it presented.

It was in line with our clinical priorities, but we also knew it would make television fascinating as a result of constantly evolving and innovative service.

As part of this, we wanted to help break the silence surrounding the loss of a baby. Although it is 2021, there is still a stigma attached to it, even though one in four pregnancies sadly ends in a loss.

The documentary has since been shortlisted for a prestigious Grierson Award.

The biggest achievement, however, is that Channel 4 and Wonderhood are launching pregnancy loss policies to support staff going through such experiences and calling on others to do the same.

It’s a perfect example of how a documentary series can actively help create meaningful change.

Likewise, a 24-hour A&E collaboration with the British Heart Foundation resulted in 62% more texting donations overnight than they typically receive in a month of fundraising on TV.

Likewise, an episode of the BBC Hospital at Royal Liverpool University Hospital featuring organ donation led more than 1,300 people to register for the organ donation registry, compared to just 60 people the day before. .

These examples are impressive and we as public sector communicators should use them as inspiration when evaluating documentary submissions to see if it is possible to reflect such a positive change through the power of storytelling. documentary.

Often times documentaries are overlooked as too time-consuming, but, while there are always issues navigating, when a documentary works for everyone involved, they have the potential to support internal and external communication strategies in the same way. as powerful and impactful as possible.

That’s not to say that other areas of communication aren’t important – far from it – but so are documentaries.

Be sure to register on the site to access more than one story per month.

Strategies to attract more customers to your restaurant