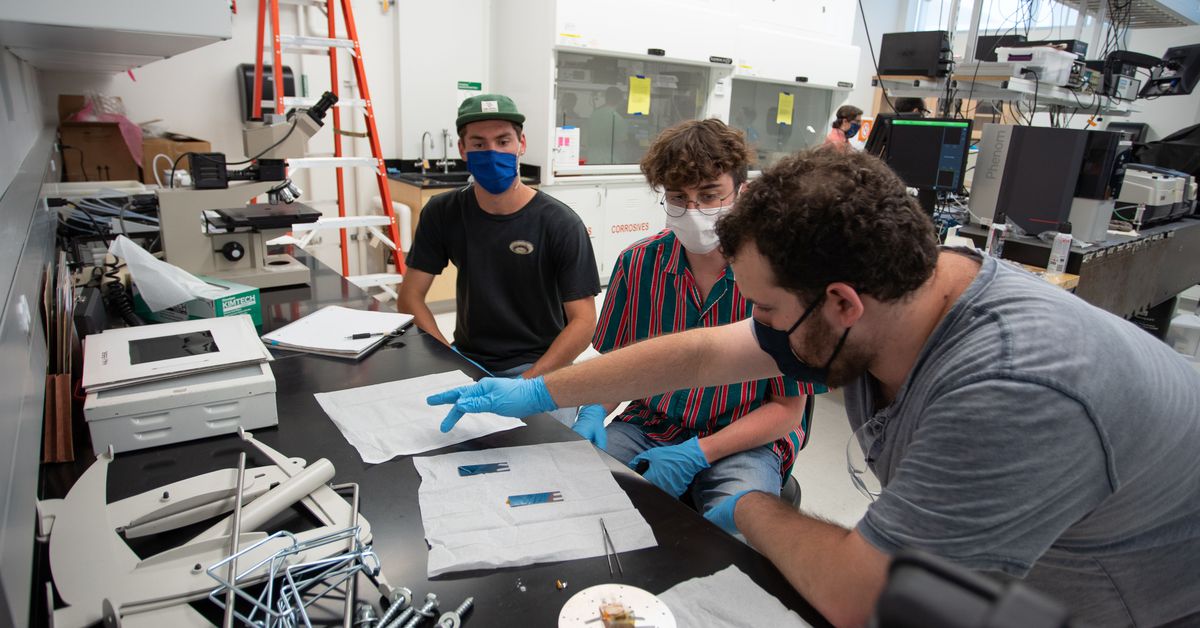 New partnership with state community colleges aims to facilitate the transfer of students to Colorado School of Mines, the state’s most selective four-year public university, by aligning academic requirements and classroom work .

State leaders hope the partnership announced Tuesday will foster a more diverse pool of students to enroll in Mines or take an interest in science and engineering.

Joe Garcia, chancellor of the Colorado Community College System, said many community college students don’t see two-year college attendance as a viable option if they want to go to an elite school. The Colorado School of Mines at Golden caters for around 50% of all applicants and has a strong focus on science and engineering degrees, especially in specialist areas of geology, energy, and the environment.

“Now the School of Mines is saying we want your graduates to be successful,” Garcia said. “This is an important message for these students.

Garcia said he wanted the program to become a model for other four-year universities to make it easier for community college students to continue their education.

Before the deal, students could be interested in mining but not take the necessary courses, which cost them time and money.

The agreement between the community college system and Mines will ensure that students obtain an associate degree that matches the education required for a Mines degree. These courses will focus heavily on math which is not generally required at many universities.

The program will not guarantee that students will secure a place in the university. But Mines admissions officers will be able to see that students who graduate from a partnership program have the skills to be successful. Students will also know that they are taking a set of courses that will transfer to a baccalaureate in mining.

“They tick all the boxes, don’t they?” Said Lori Kester, Associate Vice President of Mines for Enrollment Management. “The students did the job. We know they are ready to come [to Mines] and they will succeed.

The partnership will encourage older students, as well as a more racially diverse range of students, to apply to Mines. The Colorado Community College System educates more than 130,000 students, many of whom face greater financial barriers and are typically older and more diverse than those at four-year institutions in the state.

Colorado School of Mines President Paul Johnson said the partnership helps the school fulfill its mission of providing opportunities for Colorado students from all walks of life.

The school enrolled around 5,000 undergraduates during the 2019-2020 school year, according to recent data. Students at the school are predominantly white and under the age of 24. About 15% of all undergraduates receive Pell Scholarships, meaning if a student is in financial need. In Colorado, about 2 in 5 students are considered low income.

“Our goal is for our campus to reflect the makeup of the state, from income demographics to all other demographics,” Johnson said.

Johnson said the types of students community colleges train can make the most of a mining degree, which can come with the potential for well-paying jobs in in-demand industries. Even if these students don’t end up attending Mines, Garcia said, the associate’s degree will still open up the possibility for these students to secure high-paying jobs in engineering and science.

For the state, it’s an economic imperative, Johnson said. And industries are demanding more graduates from diverse backgrounds.

“We need to create these pathways so that all students have opportunities, because it’s not just us saying that,” he said. “This is the company. These are the industries.

Adeena Chughtai, 25, a student at Front Range Community College, said she was excited about the possibility of enrolling in Mines next spring through the program. Chughtai began his studies at the University of Colorado at Boulder after high school, but struggled. She took time off from school and then resumed her college career at Front Range several years ago.

The time spent at the community college allowed her to learn at her own pace in a smaller environment. It also helped her realize that she wanted to become a biomedical engineer.

But as an older student, transferring to some four-year-old universities – and especially Mines – can seem like an impossible task, she said.

“But knowing that the way is open and not something that is closed because you’re not 18 is just fantastic,” Chughtai said.

Voorhees College gets a high ranking