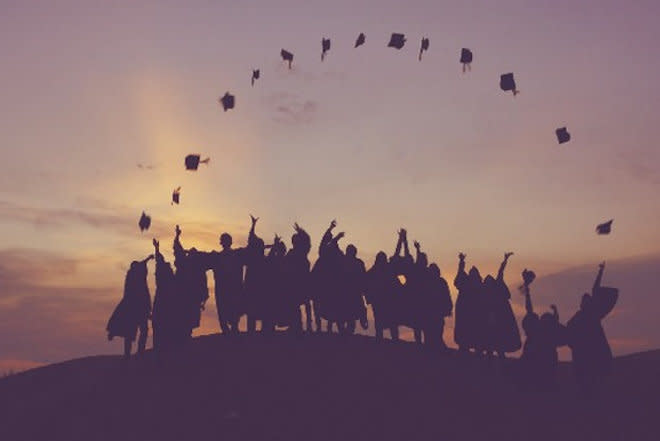 Last month, the Positive Impact Rating (PIR) for Business Schools released its second annual report which ranks 46 business schools from 21 countries around the world. Students in these schools constructed scoring assessing the performance of schools in areas such as student support, culture, audience engagement, and learning methods.

Conventional rankings measure the quality of MBA programs and serve as a quality marker for prospective students. The PIR provides a more comprehensive overview of B schools, going beyond finances and numbers to prioritize the student experience.

Thomas Dyllick-Brenzinger, director of the Institute for Business Sustainability in Lucerne, Switzerland, and one of the founders of Positive Impact Rating, says current MBA ranking models offer a “limited perspective.”

“It’s basically about focusing on a single function to provide easy access to well-paying jobs and careers,” said Dyllick-Brenzinger. Poets and Quants. “So it’s a very limited prospect.”

RANKINGS ARE “A MARKETING TOOL FOR BUSINESS SCHOOLS”

In the second edition and for the first time, the PIR was launched last month at the United Nations Virtual Global Forum on Principles for Responsible Management Education (PRME). The United Nations-supported PRME initiative has influenced the foundations of the PIR model: The PRME “calls on business schools around the world to engage in their education, research and outreach activities to advance social responsibility and sustainability ”, We read in the PIR case study. .

“Established rankings have become a marketing tool for business schools,” reads the case study conducted by the founders of Positive Impact Rating for the Multidisciplinary Digital Publishing Institute. “They have become important tools for positioning the school on a national and international market”,.

On the premise that ‘MBA rankings follow money’, the association has developed a new model that transforms the idea of ​​’ranking’ and emphasizes sustainability values ​​and student experiences rather than salaries. after graduation. The founders of PIR say the model was born out of the need to bridge the gap and provide a more insightful overview of business schools.

“We think the students have been really overlooked so far. What if we asked them … [is] only with regard to the success of their placement, their professional success, their salaries, which is good, it is a dimension. However, this is not the only dimension that students typically care about when they think about studying, ”explains Dyllick-Brenzinger.

The evaluation survey asks students 20 questions across seven relevant impact dimensions that fall across three areas: Energizing, Educating, and Engaging. The overall business school PIR score is used to rank schools across five levels. “The PIR was designed as a tool to improve and transform business training,” says Katrin Muff, President of the Positive Impact Rating Association. “It allows schools to understand what a positive impact on society means, according to their students. The PIR highlights the potential for improvement, even for large schools.

“This is an extremely large number of students who participated. And if we look at the geographic distribution, it really becomes a global tool, ”says Dyllick-Brenzinger. He adds that one of PIR’s biggest challenges is to compete with existing well-positioned rankings.

“It’s very hard to beat (the existing rankings),” but the PIR association has focused on functionality and building relationships with other universities to follow the model. “What we came up with was that we told different targeted students, and we said, ‘It’s not just an assessment tool, but it’s also a tool to support the development of the school. ‘school. “

Four schools achieved level 5 in the 2021 PIR, including three in India. Of the 46 total schools in the ranking, only three are in the United States, and none are ranked higher than 50th by either. Poets and Quants or US News. See the next page for more details.

The PIR uses an online questionnaire that collects student responses. As soon as the student enters the data, he can divide into different categories such as gender, nationality, international students, age groups. The organization connects with universities through student organizations while helping them reach more students within the university.

“(Scoring) offers the security of groups rather than individual ranks and aims to foster collaboration,” reads the first PIR report.

In addition, the report includes a section where students can voice their concerns and provide a broad overview of the practices of their universities; some of them include:

1. Teach outdated theories and models of economics and business.
2. Use single-use plastics on campus.
3. Employing staff with no knowledge, experience or passion for sustainability.
4. Unsustainable food and beverage services on campus
5. Practices that continue to generate waste
6. Offer diplomas without compulsory courses on sustainable development.

For more information, see the Positive Impact Rating for Business Schools website. See the list of PIR 2021 schools on the next page.

DON’T MISS MY STORY: PARALYMPICS AT STANFORD GSB AND IN A YEAR AT THE ORIGIN, UNEXPECTED CHALLENGES AND A DREAM JOB FOR THIS NYU STERN MBA