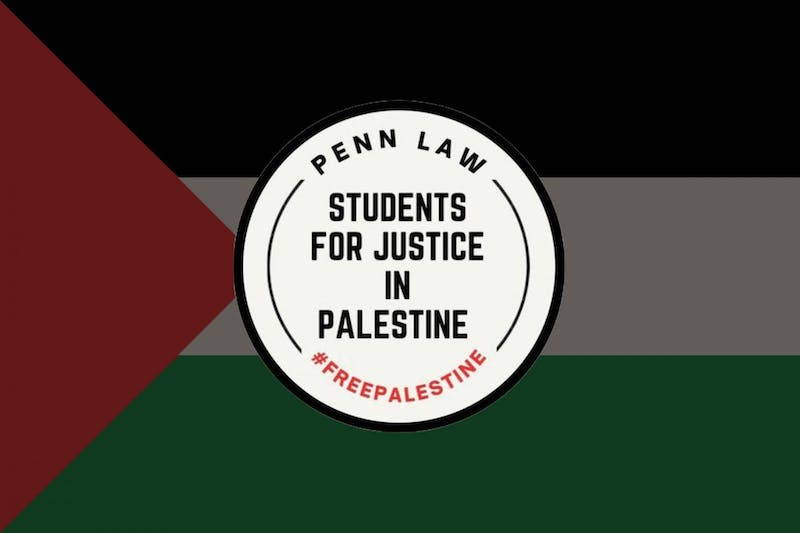 Students at Penn Law School have formed a new student organization, Penn Law Students for Justice in Palestine, to support Palestinian liberation and to petition against university-sponsored travel to Israel.

Israeli police raided al-Aqsa Mosque – one of Islam’s holiest sites – on May 7, prompting the Palestinian militant group Hamas to fire rockets at Jerusalem. Israel retaliated with airstrikes on Palestine, and the 11 days of fighting left 248 people killed in the Palestinian territory of Gaza and 12 killed in Israel.

On July 2, PLSJP released a statement – which received more than 50 signatures – discouraging students from participating in itrek, an annual university trip to Israel for students of business, law, politics, and STEM. The Penn Law Israel Society is raising funds to allow Penn Law students to participate in the iterk – which will take place August 15-22 of this year – at a subsidized cost.

“Although it may be presented as ‘neutral’, ‘balanced’ or ‘non-political’, itrek is part of a well-organized and well-funded campaign designed to improve Israel’s image with Americans and deflect the beware of its continued human rights violations, â€the statement read.

The statement also cites the displacement of Palestinians, low COVID-19 vaccination rates in Palestine, and ties that itrek has with the Israeli government as reasons for not participating in the program.

“I think leaving now for what is essentially a vacation and having fun – when a few miles away people are forced to demolish their own homes, to be displaced and to become mostly refugees – it seems very irresponsible, unethical, and immoral, â€said Tasneem Warwani, new freshman law student and co-chair of the PLSJP.

Warwani added that although the program allows participants to meet Palestinian teachers and visit the Palestinian city of Ramallah, she believes the program still serves as propaganda for the Israeli government.

â€œOn trips like itrek, even if you are exposed to Palestinian voices, much of it is portrayed very neutral or as if there are two sides,â€ Warwani said. â€œWhen you have situations of oppression and apartheid, you don’t have two equal sides. These trips are specifically for students who are the leaders of our future in order to get them to stand up for Israel when they return as leaders of society.

New freshman law student and PLSJP co-chair Alara Hanci said she connected with other sections of Palestine Justice students from other universities when deciding which law school patronize, which helped her develop a section at Penn Law.

She added that the graduate sections of Students for Justice in Palestine are helping the PLSJP promote their events, including a panel hosted by the PLSJP on July 13 on defending Palestinian rights.

Receive our newsletter, Dear Penn, delivered to your inbox every morning of the week.

Hanci said the PLSJP’s goals for the next academic year are to establish a campus presence through activities that educate the wider Philadelphia community about Palestinian identity. She added that the organization plans to establish a book club to support Palestinian authors and organize Palestinian film and food nights to share Palestinian culture with the participants.

Warwani added that the PLSJP also plans to support other social justice movements.

â€œWe’ve talked a lot about how the movements are all interconnected – the Indigenous Lives Movements, Black Lives Matter, and even supporting our Jewish brothers and sisters in their fight against anti-Semitism – all are interconnected with the Movement. Palestinian liberation, â€Warwani said. “Our goal should be to bring these movements together and show up and show off for these other people, while showing up and showing up for the [Palestinian Liberation Movement]. ”