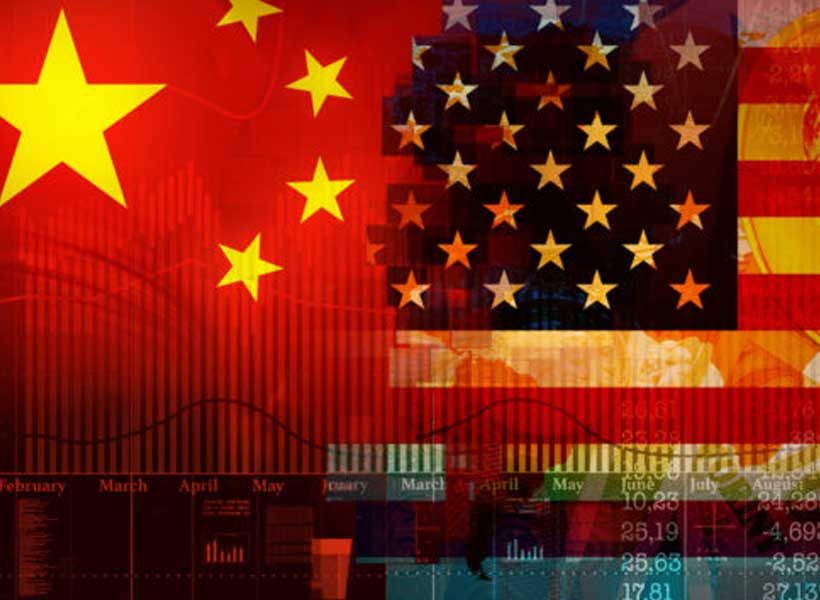 U.S. administration officials cite the same three factors for a possible Biden-Xi summit next October as they did for the 3-hour Biden-Putin meeting last month in Switzerland. If so, then why did Biden choose to summit with the Russian â€œkillerâ€ and not with the Beijing â€œthugâ€? Because, according to President Biden, the stakes are much higher with Xi. Washington analysts tell us, for the White House, that Russia is only an “irritation”, but Beijing has become a serious existential threat.

In recent weeks, two of Biden’s top foreign policy “troikas” have publicly stated, with the Biden-Putin summit in the rearview mirror, that the president is preparing for a higher-stakes summit meeting: with the Chinese president Xi Jinping. Jake Sullivan and Kurt Campbell on more than one occasion in recent weeks have indicated a possible meeting of Biden-Xi at the G20 summit in Rome in late October, which the two leaders are expected to attend. If the sit-down takes place, questions will still arise as to why a Biden-Xi summit, described as the “most important foreign policy movement” of the Biden presidency, did not precede a Biden-Xi meeting. Putin without consequence?

Indeed, after four disastrous Trump years for China, Beijing has long hoped that Biden in the White House would mean less uproar in US-China relations. However, President Biden’s tougher stance on China is not something Beijing’s top US implementing diplomats negotiated. Even President Xi himself, to whom the CCP politburo has given all the decision-making powers to “manage” China’s relations with the United States, has no idea why America’s Biden continues to keep China on the defensive, and for how long? But Xi Jinping seems, thanks to Biden’s “less than satisfactory” European tour, is now suddenly optimistic that a one-on-one meeting with Biden is on the cards.

As expected, Biden’s first overseas tour was rated as a success or failure based on mostly subjective assessments, i.e. more determined by location and geopolitical worldview. Yet despite claims that Biden’s European tour is a resounding success by some, it is nonetheless true amid mixed reactions and mixed expectations, both sides (i.e. the United States and the ‘EU) were left with unanswered questions: democracies’ versus authoritarian rivals? How to “revitalize the liberal democratic model”? How to reach consensus on how to deal with China? According to Pierre Vimont, senior fellow at Carnegie Europe, despite the joint declaration issued at the end of the EU-US summit, “a more than visible gap concerned the question of future long-term relations with China”.

Not particularly seduced by the slogan “America is back”, Europe to concentrate seems to want to obtain from the Chinese leaders a clear commitment to respect a true international order based on rules, in particular in trade matters where Europe wants to impose improved rules of the game. Just as a Moscow-based security affairs analyst recently commented: â€œMost EU countries don’t want to fight China. They believe America is imposing itself on China and Europe as “unwanted enemies.” Because they also believe, unlike China and America, that Europe’s ambitions are regional and not global.

Speaking of summit diplomacy, especially when US presidents have to sit down with an adversary, apparently internal negotiations within the administration are seen as a more difficult path. For example, even though the White House tried to sell the idea that President Xi should be blamed for “embittering the second Trump-Kim Jung Un meeting”, the truth is that the Trump administration was never ready. to seriously discuss a problem with the North. Korean leader. In addition, National Security Advisor John Bolton, the formidable chairman of Trump’s new “war cabinet” has never agreed to the idea of â€‹â€‹North Korean diplomacy. Like Melvin Goodman, a former CIA analyst who is now a professor of government at John Hopkins University Explain, “the Trump-Kim summit was a failure before it started”. Goodman cites yet another example, â€œOne of President John F. Kennedy’s greatest successes was to discipline the Pentagon in 1963 to negotiate the Partial Test Ban Treaty.

This diplomacy was not his cup of tea, manifested from the start by Trump’s choice of his two secretaries of state, Tillerson and Pompeo, respectively. Reportedly, dozens of career managers and employees working in the Harry Truman building feel relieved at the release of Mike Pompeo and hope Antony Blinken can revitalize US diplomacy. In words of the 2018 Pulitzer Prize winner The New Yorker Editor-in-Chief, Ronan Farrow, “Pompeo’s chaotic tenure, and that of his predecessor, Rex Tillerson, has left deep institutional and cultural scars that continue to hamper US diplomatic efforts around the world.”

Diplomacy, in addition to being defined as a subtle art, we are told is also considered a practitioner’s art. Unlike his predecessor, President Biden is described by many as a conscious leader. Perhaps this explains why Biden is moving slowly towards setting up a summit meeting with Xi. As David Feith, former Assistant Under Secretary of State for East Asia and Pacific Affairs under Trump recently observed: “It is significant that President Biden has strongly signaled to his own administration and to other governments that he wishes to prioritize Chinese competition in American politics and American diplomacy. “(Emphasis added).

On the other hand, as mentioned above, Beijing has made it known that it “was pleasantly surprised” to hear reports that Biden finally “made sense” in his Chinese policy. Like Cao Xin, an influential Beijing-based IR expert wrote in his weekly column of ftchinese.com, â€œLast week, Kurt Campbell, the US coordinator for Asia-Pacific made two headlines. First, the United States supports the “one China policy” and does not recognize Taiwan as an independent country. Second, I expect the two leaders to establish contacts soon. Welcoming the news that President Biden has signaled to his own administration to prioritize a meeting with President Xi, Liu Pengyu, spokesperson for the Chinese Embassy in Washington mentionned, “China and the United States have maintained communication on dialogues and exchanges at all levels.”

In this above context, Chinese Vice President Wang Qishan has become the most senior Chinese official to openly express that Beijing is willing to go the extra mile to sit down with Washington for a dialogue to manage the differences. Wang Qishan was speak at an event last week in Beijing to celebrate the 50e anniversary of US National Security Advisor Henry Kissinger’s historic visit to China. â€œSino-US bilateral relations are at a critical point. The two countries must respect the sovereignty, security and development interests of the other. The US strategy towards China must avoid misunderstandings and miscalculations, â€Wang said.

The 98-year-old Kissinger attended the event via a video call and said: “The conflict between the United States and China will divide the whole world.”

Recall here what National Security Advisor Jake Sullivan told reporters a month ago: â€œ[Biden-Xi summit] now is just a matter of when and how. However, it is interesting to note that the third member of Biden’s Chinese team, Secretary of State Antony Blinken, has yet to claim that the White House is making efforts to create an opportunity for the Biden-Xi summit. . Perhaps unhappy with the high-level diplomatic dialogue between the United States and China in Alaska four months ago, Biden was forced to take the lead in establishing “rules of the road” and predictability in US-Chinese relations. But what’s intriguing is that just before the G20 ministerial meeting was held in Italy a few weeks ago, a State Department official denied a possible Blinken-Wang Yi meeting, as reported. the Financial Times.

To sum up, with Sullivan and Campbell already in the know and not quite sure why Blinken has yet to speak on the ongoing stage for the Biden-Xi summit in Rome, a report in South China Morning Post confirmed yesterday that the US president had instructed the State Department to send Under Secretary of State Wendy Sherman to visit China next week. Hong Kong Daily complaints State Department No.2 will meet with Chinese Vice Foreign Minister Xie Feng, paving the way for a high-level meeting later in the year. In addition, Bonnie Glaser, Asia expert at the German Marshall Fund in the United States also confirmed citing sources of a possible second “telephone meeting” between the two leaders following the visit of Wendy Sherman. Section of US media claims, Xi Jinping willing, that a final visit to Beijing by Biden’s “Asian Tsar” Jake Sullivan in September-October will pave the way for Biden to bring world attention to Rome. not for the G20 but for China. American diplomacy at the top, or â€œG2â€.

Post Scriptum: The news is only filtering as the visit of the US Deputy Secretary of State to China was flagged by Beijing with a red flag. As reported earlier (mentioned above), Wendy Sherman’s second Asian tour in as many months starting tomorrow, was of particular significance in anticipation of the likely Biden-Xi summit at the G20 in Rome later in October. We will dissect this sudden hardening of Beijing’s diplomatic stance, perhaps not seen for many years, in my following analysis.

The assault on private higher education must end