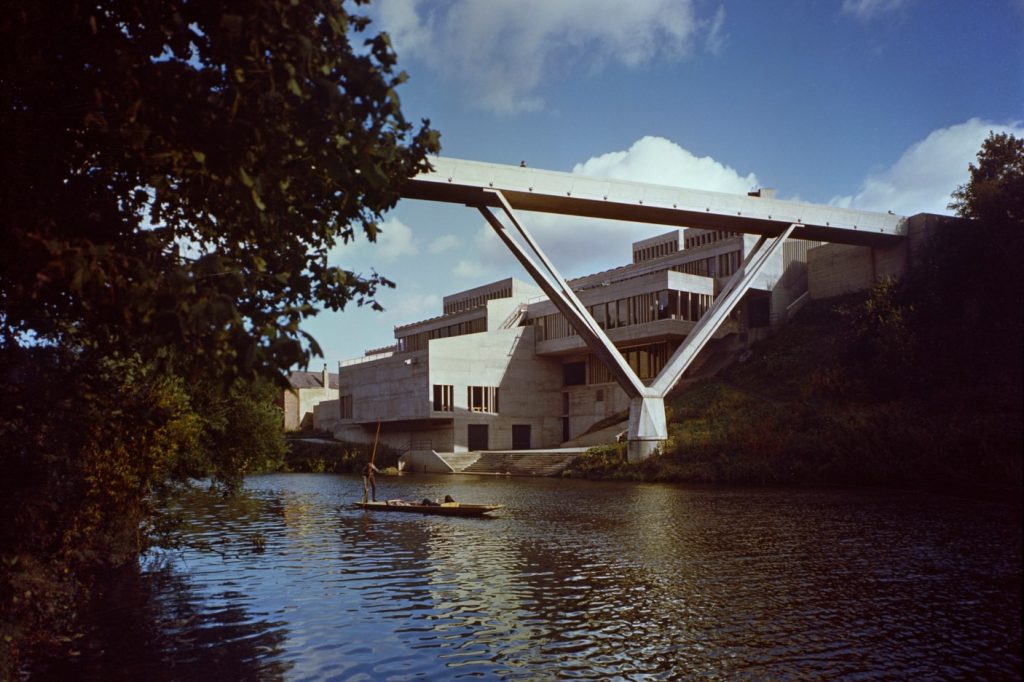 
Dunelm House is a five-storey concrete building completed beside the River Wear in 1966. It was designed by Richard Raines of the Architects’ Co-Partnership under the supervision of partner Michael Powers.

The building, which connects to the Grade I listed Kingsgate Bridge in Ove Arup, was described by the AJ as “uncompromisingly modern but distinctly respectful of the splendor of the site” in a 1972 construction study.

But Durham University intended to partially flatten the building and launch a design competition for a replacement building – a move that drew much criticism, especially from Daniel Libeskind who urged the university to adapt the building rather than demolish it.

It received a certificate of immunity from registration in 2017, after then Culture Secretary Karen Bradley refused Historic England’s recommendation to list the building at Grade II *.

The university had argued that the building was in poor condition, the original design was inflexible, the concrete in the structure had failed, and the roof had never functioned properly. However, these claims have been contested by Historic England.

Now it has been classified following a lengthy campaign by the Twentieth Century Society, which succeeded in its second request for a reassessment of the building’s merits.

Clare Price, head of social affairs at the company, said she was “delighted” with the news, explaining: “It is such a striking building in a beautiful location and fully deserves recognition at the national level.

“This result reflects the hard work and tenacity of everyone involved, despite the long wait! We look forward to working with the university to identify ways the building can continue to be used as there are so many exciting possibilities for this.

In 2018, architects such as Hawkins Brown, Studio Shaw and 6a took a seat in a cart to demonstrate possible ways to reuse the building. Ideas proposed included transforming the building into a boutique hotel as well as adding an outdoor park around it.

The Caring for Brutalism conference held at Dunelm House in October 2017 brought together experts in Brutalism and post-war academic architecture. The conference highlighted the exceptional importance of Dunelm House and its special place in the history of Durham University.

It was built to embody the values ​​of the 1960s about transforming students into educated citizens. The building was constructed with public funds from the University Grants Committee, in response to the Robbins report on university education.

Engineer Ove Arup once said, “There are two paths to happiness. One is to grasp directly, the other is to recognize ourselves as a human community. ‘ For Arup, Dunelm House and Kingsgate Bridge embody the latter.

Dunelm House is a unique 20th century expression of a long architectural tradition in Durham – of a human community gathered around a cathedral. The building has been consciously designed to instill a sense of human community and offers a magnificent view of the cathedral. The building’s inscription not only secures its future, but will encourage appreciation of this world-class building as a cultural asset.