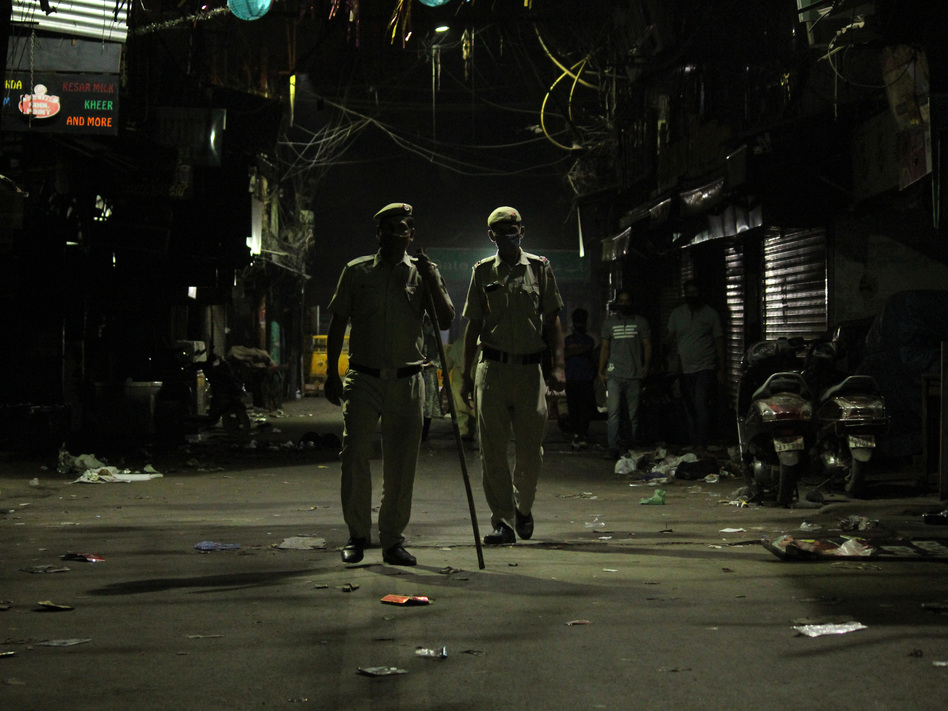 MUMBAI – India confirmed another record jump in COVID-19 cases on Wednesday, as the world’s largest vaccine maker said it was “very stressed” and needed help from the Indian government to increase production.

India is struggling to speed up vaccinations amid its biggest increase in coronavirus infections since the start of the pandemic. Authorities are also trying to balance tighter restrictions on travel while ensuring a fair vote in five regions holding state elections throughout the month.

India has administered nearly 90 million doses of the vaccine so far. But that’s still less than 6% of the nearly 1.4 billion population. Modi received his first dose of a coronavirus vaccine on March 1.

In an interview with local television, the CEO of the Serum Institute of India, Adar Poonawalla, said on Tuesday evening that his company’s production of the Oxford-AstraZeneca vaccine, the most widely used injection in India, is “very stressed, for say it frankly. “

“We are prioritizing the needs of India, but we are still not able to supply all Indians,” Poonawalla said.

He said he plans to take out bank loans if the Indian government fails to meet its demand for around $ 400 million in order to meet its needs.

After touting its ability to export millions of doses of coronavirus vaccines, India has diverted some of these shipments for domestic use in recent weeks. Other countries have complained about the delay in their vaccine orders from India.

The Ministry of Health Wednesday confirmed 115,736 new infections and 630 deaths – the highest death toll in India since November.

About half of the new cases are in the western state of Maharashtra, of which Mumbai is the state capital. Hospitals lack beds, oxygen and medicine. Apartment complexes where residents test positive are cordoned off and guarded by police.

Mumbai and the national capital Delhi both remain subject to nighttime curfews. The Delhi High Court said on Wednesday that masks are mandatory – even if a person is driving alone in their own car. Gatherings are banned and authorities have closed Mumbai beaches and other areas where crowds can congregate.

But restaurants, shops – even cinemas – remain open across most of India. Authorities have delayed declaring a strict national lockdown. Last spring, India’s economy contracted by nearly 24% under national restrictions, and there were cases of famine among the poor.

Instead, the chief ministers of Maharashtra and New Delhi called on Modi’s government to lift age requirements and speed up vaccinations for adults of all ages. But the central government has so far refused. Only people aged 45 or over and certain categories of frontline workers remain eligible.

CapRadio provides a trusted source of information through you. As a non-profit organization, donations from people like you support journalism that allows us to uncover stories that are important to our audiences. If you believe in what we do and support our mission, please donate today.