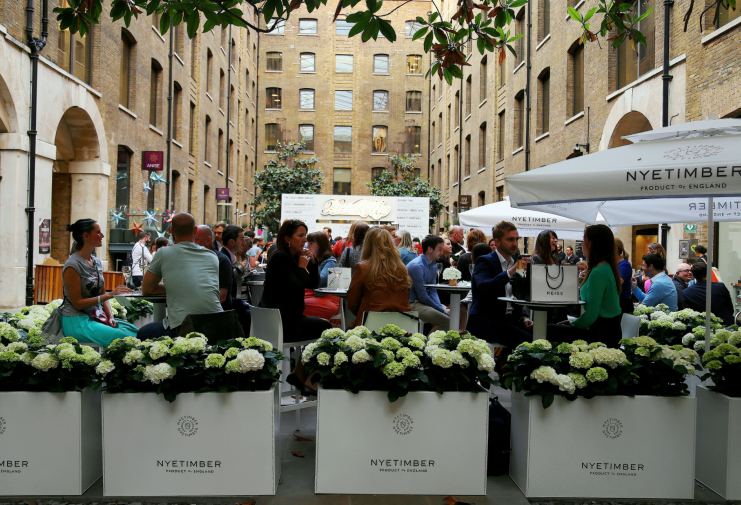 A joint venture involving U.S. pension giant TIAA prepaid nearly a third of a loan guaranteed by a campus of buildings whose largest occupant is WeWork. The properties were heading for a breach of the loan covenants.

According to loan management documents, £ 88million of the £ 275million of guaranteed debt against the 637,000 square foot Devonshire Square complex and 13 buildings in the City of London has now been repaid. The figure includes £ 23million which was put in place to remedy a breach of a loan clause in December.

The loan management documents did not explain why the owners chose to pay off more of the debt than necessary, but the performance of the asset was disrupted over the past year and more.

The borrower is a consortium of TIAA, Danish pension fund PFA Global Real Estate and WeWork. TIAA and PFA each own 45% of the domain, and WeWork owns the remaining 10%. The trio paid Blackstone £ 580million for the complex in 2018, putting up £ 345million in equity and taking on £ 275million in debt, of which £ 40million was a loan for spending in capital.

The £ 23million put in place in December was aimed at avoiding breaching the debt return commitment on the securitized loan. The loan yield covenant measures the net operating income of a building relative to the principal outstanding debt balance secured against it. Income is not allowed to fall below a certain proportion of the loan, or the borrower may face penalties or administration / foreclosure. Because the payment for the cure was made, no violation took place, the maintenance worker said.

The domain’s performance was suffering even before the coronavirus crisis. In March 2020, before the lockdown, the Devonshire Club, a membership club set up on the estate by the former owner Blackstone and supported by conservative peer Lord Ashcroft, took office. He occupied 58K SF.

But the virus also had a big impact, and borrowers restructured the loan last year.

In an October memo, Fitch said the property’s rent collection fell to 40%, and that figure jumped to 80% if the credit on the WeWork account was taken into account.

In addition to being the owner, WeWork is the biggest occupant of the program.

When the consortium bought the building, the coworking business occupied 20,000 square feet, but that figure rose to 236,000 square feet over the next 18 months. The company operates the space under a management agreement rather than a standard lease, so the owners and occupant share the risk and reward of the flexible space.

Fitch said WeWork occupied 36% of the domain, but there was no transparency on how much of the rental deficit was attributable to the company. He returned part of the space he had to occupy.

As a result of this and the administration of the Devonshire Club, the vacancy rate on the estate had risen to 20% by October.

What are we talking about when we talk about tuition fees