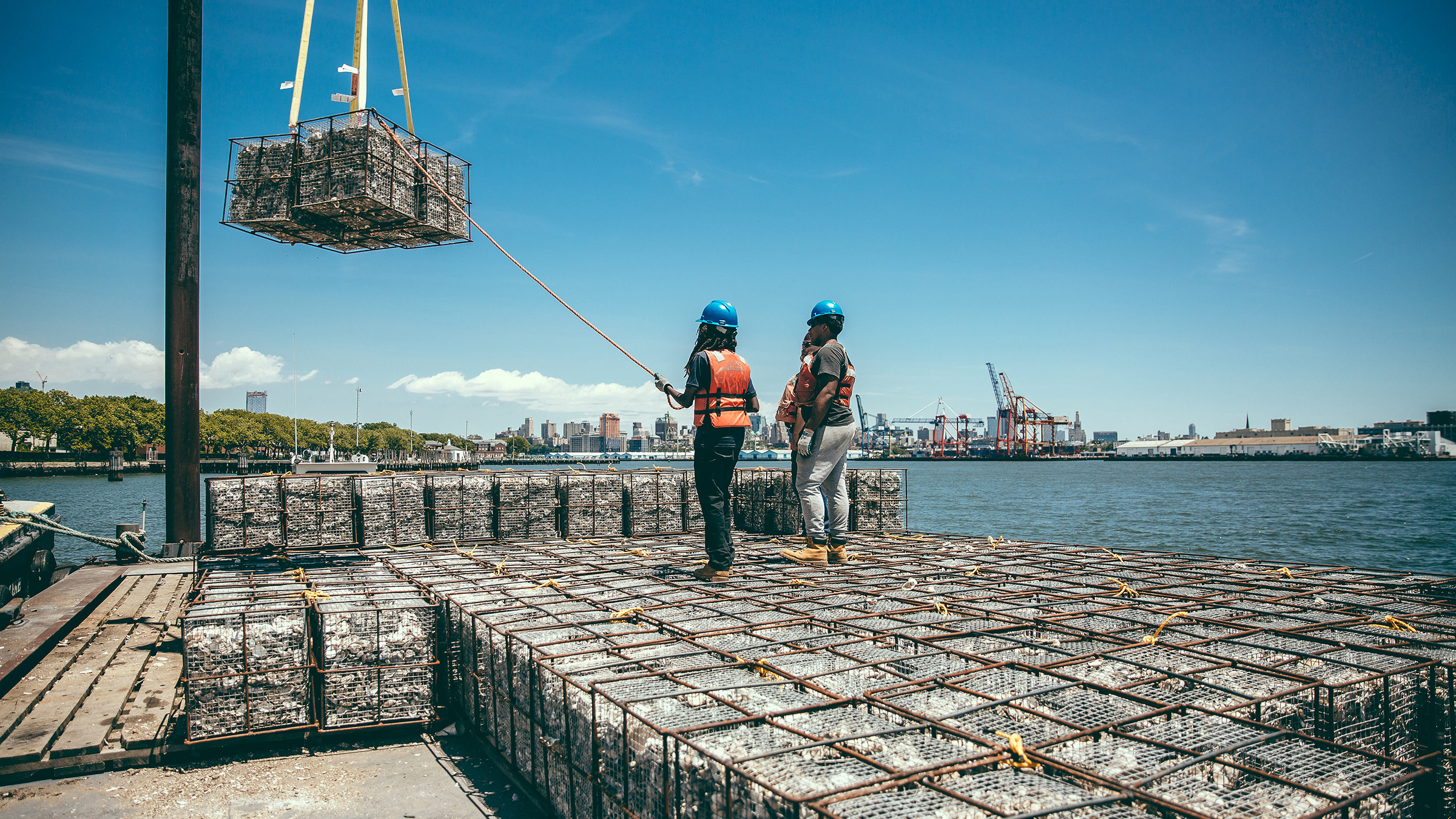 New York, like many coastal states, is striving to restore once important native oyster reefs along its coastline, but faces the challenge of finding enough shells to serve as reef foundations. To learn more about the state’s shellfish recycling efforts, The Pew Charitable Trusts spoke with Maddy Wachtel, deputy director of the Billion Oyster Project in New York City, and Maureen Dunn, water quality scientist and Director of Seatuck Environmental Association’s Half Shells for Habitat Oyster. Long Island shellfish recovery program.

This interview has been edited for clarity and length.

Q: Tell us about the history of oysters in New York and Long Island.

Wachtel: Before New York City was known as the Big Apple, it was called Big Oyster. It was the oyster capital of the world. Eating oysters was a culinary treat for rich and poor alike, and cobbled shellfish on Pearl Street. In the 1600s, over 200,000 acres of oyster reefs provided incredible habitat for hundreds of marine species in New York Harbor. Both wild and farmed oysters were harvested from these waters, but the last of the commercial oyster farms closed in the 1920s due to pollution. Even before that, native wild oysters had all but disappeared in the harbor due to overfishing, dredging and pollution. Now New York Harbor oysters are inedible due to pollution and sewage overflows into the water during torrential rains.

Dunn: On Long Island at least 6,000 years ago, Native Americans ate oysters on vast reefs along our coasts. In the 1800s, Blue Point oysters on the South Shore were considered among the best in the world for the flavor imparted by the clean waters of the Great South Bay. But overfishing, shellfish diseases, and habitat destruction have also decimated wild oysters here. Unlike clams, which live in sand and mud, oysters form reef structures as hard as cement. To harvest a wild oyster, you have to cut up the reef. And if you don’t rebuild this reef, your oyster population will not be able to sustain itself.

Q: Why do oysters need reefs and why are shells so vital to them?

Wachtel: When oysters reproduce, their babies, the oyster larvae, swim freely for the first few weeks. Once they settle on a hard surface, like seashells or an existing reef, they will not budge for the rest of their lives. If the larvae land on a soft, silty bottom like New York Harbor, they can cover themselves and die without access to oxygen and food.

Dunn: People have experimented with other hard substrates to create reefs, like cement and even porcelain toilets, but what a larval oyster (also called spat) likes most is another oyster shell on it. which one to install. Because there are so few adult oysters here, adding dried shells to oyster larvae tanks initiates the process of reef growth. Once they attach and become large enough, the spat covered seashells are transplanted to a wild reef.

Wachtel: On a typical day, a truck would leave from Lobster Place, a seafood wholesaler we work with in the Bronx, pick up seashells from 20 to 25 restaurants in Manhattan and Brooklyn, and deliver them to our dumpsters. in Greenpoint, Brooklyn. Full skips are emptied at our outdoor drying site on Governors Island, where piles of seashells are exposed to inclement weather, sun, insects and birds. In about a year, the tissues and pathogens are gone and the shells are clean enough to be reused for the oyster larvae to settle in our hatchery. Finally, we take them to our restoration sites in reef structures made to keep them out of the silty bottom of New York Harbor. Before COVID-19, we harvested 7,000 to 10,000 pounds of oyster shells per week from the 75 restaurants in our program. Since 2015, we’ve collected 1.6 million pounds of oyster shells that would otherwise have ended up in the landfill.

Dunn: Restaurants on Long Island are more dispersed, so we rely on volunteers to collect 5 gallon buckets full of seashells from 18 seafood restaurants. The Half Shells for Habitat project started in 2018 as a partnership between Seatuck , Adelphi University and the towns of Brookhaven, Hempstead and Islip. We have recovered over 70,000 pounds of shells so far.

Q: Do you have enough shells for your restoration projects?

Dunn: We could use more restaurants and collection volunteers on board, but it is essential that all cities on Long Island join us in collecting instead of throwing seashells. Ultimately, most of these seashells support the seashell sanctuaries around Long Island – designated by Governor Andrew Cuomo – and benefit cities through better water quality, better wildlife habitat, and protection. shores against storms.

Wachtel: We know there are enough restaurants in New York City to increase our shell recycling, but with our current staff and space capacity, we can’t add more just yet. To scale up, we will also need more funding. But, as Maureen said, there is much to be gained, including creating habitat, protecting the coastline from wave energy and erosion, and improving the quality of the water in the area. Harbor.

Dunn: Eating local oysters in restaurants creates demand for oysters grown in Long Island’s clean waters. And oyster farmers and environmentalists working to restore wild reefs are not in competition; they benefit each other. Ask if your restaurant participates in shellfish recycling. They should be good neighbors and get involved in their communities.

Wachtel: To help connect restaurants to recycling efforts, we recently launched the New York Alliance of Shell Collectors. We also believe that if New York were to join with other states, like Maryland, in offering incentives or refunds to restaurants, like paying 10 cents per pound of recycled shell, more would participate. On an individual level, telling your local and state authorities that you support oyster restoration can help us get the permits we need for New York Harbor. And once we can safely assemble again, we hope people will volunteer with the Billion Oyster Project to help build our reef structures.